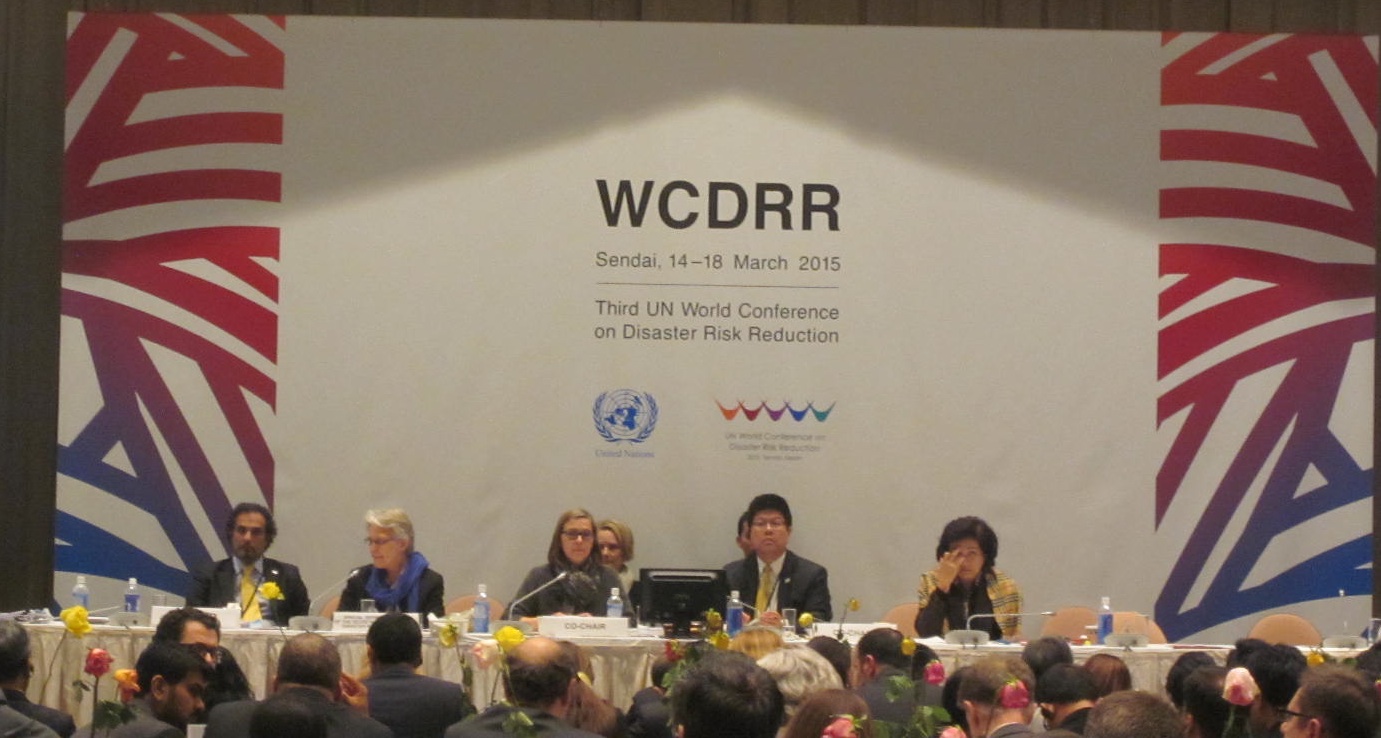 The delegates expressed high hopes to come out with “a concise, forward-looking and action oriented document” with objectives set to move forward what the Hyogo Framework for Action (HFA) has achieved. The HFA was the outcome document of the Second World Conference on Disaster Reduction with a period of effectivity for ten years (2005-2015).   The HFA was envisioned “to assist the efforts of nations and communities to become more resilient to, and cope better with the hazards that threaten their development gains” through its five priorities of action – 1) make disaster risk reduction a priority; 2) know the risks and take action; 3) build understanding and awareness; 4) reduce risk and 5) be prepared and ready to act. (http://www.unisdr.org/we/inform/publications/1217)

In addition to the official process in the UN main conference, the Japan CSO Coalition for 2015 WCDRR (JCC2015) led parallel activities at eleven other designated venues for civil society organizations.  These provided opportunities for discussion of prominent issues and mutual learnings as global citizens working together to create a more sustainable and disaster- resilient world.

IBON International participated in the “Post 2015 Framework for Disaster Risk Reduction and the Future of Civil Society Disaster Risk Reduction,” in which Margareta Wahlstrom, UN Special Representative on DRR recognized the importance of investing on CSO capabilities. Ms. Wahlstrom noted that CSOs have been a slightly recognized partner in local governance, but remains optimistic that the present framework will provide for increased participatory approaches.

Ms. Wahlstrom shared that while important principles have been agreed in the framework being drafted, three compelling issues have surfaced: on capacity strengthening, technology and financial contributions.  She expressed confidence that a progressive framework will be finalized at the end of the conference.

Marcus Oxley, Executive Director of the Global Network of Civil Society Organizations for Disaster Reduction, noted that while policies negotiated are important at the local level, there should also be a commitment based on what is the reality on the ground.  Policies have to be relevant and meaningful, integrating the principles of inclusion and accountability.

Manu Gupta, Chairperson of the Asian Disaster Reduction and Response Network (ADRNN), noted that during the 6th Annual Ministerial Meeting on DRR held in Bangkok, the people who are most at risk were left out.  People with everyday problems are not made part of the HFA process.  During relief activities, people are also much more comfortable with the presence of CSOs than military or uniformed people.

Domoto Akiko, Co-Director of JCC2015, Representative to the Japan Women’s Network for Disaster Risk Reduction and former mayor of Chiba Prefecture, emphasized that issues such as poverty, gender, age and disabilities are significant factors in disaster risk reduction.

The 20-page Sendai Framework for Disaster Risk Reduction 2015-2030 was formally presented by the Main Committee finally in the evening of March 18.

One notable guiding principle contained in the framework was the recognition of the need of the developing countries for “adequate, sustainable and timely provision of support, including finance, technology transfer and capacity building from developed countries and partners.”

Many CSOs felt that while the guiding principles were positive, they remain too grand for compliance.

But, 2030 is a long way to go, and the people must continue to push forward for achieving the goals set for disaster risk reduction. ###

The Addis Action Agenda: An Agenda without Action?

WTO’s 20 years of servitude to TNCs and Monopoly Capitalism