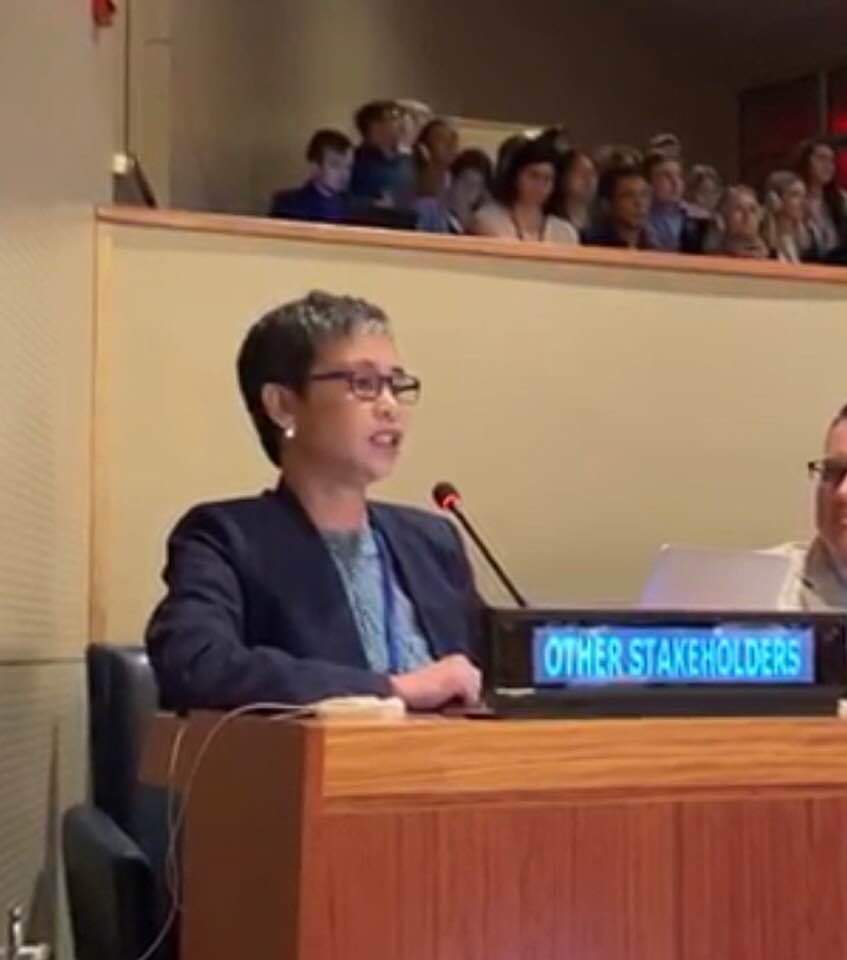 The urgency of these challenges are brought to light as the High Level Political Forum (HLPF) on Sustainable Development, convened annually to report on progress on the current development agenda, opens this July with the theme “Empowering people and ensuring inclusiveness and equality.”

The HLPF, which began 9th of July 2019 at UN Headquarters, will review the progress that countries made four years since the adoption of the Agenda 2030 and will find the gaps, issues, challenges and effective strategies for accelerating the implementation mechanism of Sustainable Development Goals (SDG).

Achieving the SDGs at local, regional and global levels, while “leaving no one behind,” remains the key message and challenge at HLPF 2019.

Inga Rhonda King, the President of the UN Economic and Social Council (ECOSOC) was optimistic to an extent, highlighting the HLPF as “an unprecedented opportunity to talk to each other and to learn from each other.” King also saw the HLPF as a space that must be “use[d]…to the utmost to actively interact” and stressed the possibility of collective gains.

In a message a day before the HLPF opening, Valentin Rybakov, the vice president of the UN ECOSOC, focused on the close interconnection among the SDGs and the five pillars of the 2030 Agenda: people, planet, prosperity, peace and the partnership. For him, the Voluntary National Review (VNR) process is “particularly useful for engaging actors and enhancing an integrated approach at national level.”

Valentin Rybakov also mentioned that integrated policies are key transformative elements and tools for accelerating progress on sustainable development. Insufficient physical capacities and limited disaggregated data, on the other hand, were identified as challenges; the implementation of the agenda and the ambition of “leaving no one behind” would be hindered with insufficient data, he said. In-depth analyses of inequalities and vulnerabilities across the economic, social and environmental dimension were also identified as necessary.

The Asia Pacific Regional CSO Engagement Mechanism (APRCEM) organised a side event titled “The Missing Link: Reviewing and Strengthening Regional Processes for SDG Implementation.” Ajay Jha, from the Centre for Community Economics and Development Consultants, pointed out that the regional space is important for enhancing peer-learning experience for accelerating the roads towards sustainable development. The side-event identified poor linkages between the regional and national, and between regional and global implementation, as priority challenges.

The Women’s Major Group held a side event on Women’s and Feminist Perspectives towards the High Level Political Forum. Women from different regions shared their perspectives on the practical implementation of the SDGs in their respective regions, while pointing out issues of implementation.

At the session on Progress, Gaps and Obstacles to the SDGs, Lorelei Covero from IBON International represented APRCEM in an intervention. She emphasized that, though some progress has been made on the SDGs in Asia Pacific, gaps still exist in the implementation and monitoring. She highlighted the challenge of addressing the systemic and structural barriers to development—such as the capture of states by “elite interests and multinational corporations who utilize tax, trade and investment regimes that benefit a few.”

Further, Covero mentioned that peoples’ organisations and grassroots communities have been pushing for Development Justice. Covero stressed that the way forward is to build development “as a process organized and led by the people,“ to “harness the power of the people” as they are “the most significant aspect of sustainable development and therefore the most potent agents for achieving it.”

The HLPF is the main global platform for reviewing the success, challenges and lessons learned on reaching the Sustainable Development Goals by 2030. The HLPF 2019 is crucial for the Agenda 2030 as a mechanism. It is also an opportunity for civil society to see the challenges of the current development agenda, and how to strongly push for development that genuinely leaves no one behind. ###

The Paris Agreement in perspective (or ten or more reasons why elation must be kept on hold, and a serious reality check be done)