Read more on what happened at the COP25: Developing and developed countries lock horns at initial salvo of climate talks in Madrid

17 December 2019, Madrid, Spain – The 25th Conference of Parties (COP25) officially concluded Sunday, December 15, after 2 weeks of negotiations. The summit was intended to wrap up Friday but negotiations extended to two more days making the longest climate summit in history.

Despite this feat, COP25 has been denounced as an ‘utter failure’. COP25 was supposed to deliver more ambitious targets and financing commitments for vulnerable nations and communities already experiencing the devastating impacts of the climate crisis. Instead, COP25 was derailed by big polluting nations’ blame shifting, limp commitments to reduce emissions, and continued disregard for human rights.

· Developed countries led by the US, EU, Canada, and Japan continued to block discussions on long-term climate finance under the COP agenda

· US, EU, Australia, and Canada succeeded in blocking the key demand of developing countries for new, additional, and adequate compensation for frontline nations and communities hurt by climate change

· Rules on carbon offsets and trading deferred to next year; reference to safeguarding human, indigenous, and gender rights deleted in the text

· Protesters briefly shut down high-level negotiations; indigenous leaders, women, and other activists thrown out of UN

A banner that calls for “People-Powered Climate Action Now!” was displayed during the IBON International panel discussion, Frontline Communities at the Forefront of Struggle. The forum was facilitated by discussants from the global South.

WTF or ‘Where is the Finance?’

As expected, developed countries continued to resist discussions pertaining to long-term finance (LTF), a work stream dedicated to examining progress and scaling up of climate finance. We reported in our previous update that developed and developing countries sparred on the issue of whether to continue the discussion on LTF post-2020 under the Convention or to subsume the matter under the Paris Agreement.

In the end, negotiators failed to agree on when they should take a decision on whether and how LTF should continue post-2020. Concerns were raised on if the USD 100 billion-pledge would be met next year and how developed countries could be held to account for climate finance mobilization until 2025.

Besides the issue of the continuation of LTF post-2020, other contentious issues were on taking stock of the commitments of developed countries in the pre-2020 period. Many developing countries feel that it was this failure that had left the world so far from meeting its aim of avoiding dangerous warming.

Without a doubt, current debates on the new climate finance goal will be carried over at COP26 next year in Glasgow.

Still no compensation for survivors of climate catastrophes

The refusal of some of the world’s wealthiest countries to commit to more ambitious targets to reduce their climate-warming carbon emissions prompted Secretary-General Antonio Guterres to say that “The international community lost an important opportunity to show increased ambition on mitigation, adaptation, and finance to tackle the climate crisis.”

The final deal recognized that there was a “significant gap” between current ambition and the goal to cut down their carbon emissions to limit global warming to 1.5 degrees Celsius above pre-industrial levels. Countries were urged to consider this gap when they communicate or update their nationally-determined contributions (NDCs) though it did not specify a timeline.

The US also successfully stonewalled one of the key asks of developing countries at the meeting: a mechanism for developing nations hurt by climate change to seek compensation from the wealthy nations that emitted the largest share of greenhouse gasses.

According to a draft proposal obtained by the media and civil society, the US sought to clip the wings of the Warsaw International Mechanism for Loss and Damage (WIM). WIM was created in 2013 to address loss and damage associated with impacts of climate change. Although developing nations succeeded in getting “loss and damage” included in the Paris Agreement, wealthy nations included a provision to prevent poorer countries from making any climate compensation or claims.

The US proposal demanded that COP25 reaffirm that wealthy polluters would continue to escape from their liabilities for the impacts their emissions have caused. The US proposal also suggested that the US would remain eligible to sit on the WIM’s governing body even after the country’s withdrawal from the Paris Agreement in November 2020.

The COP25 draft negotiating text released on second Friday did not reflect the key demand of developing countries for new, additional, adequate funding for loss and damage, and instead, merely urged developed countries to “scale up finance”. 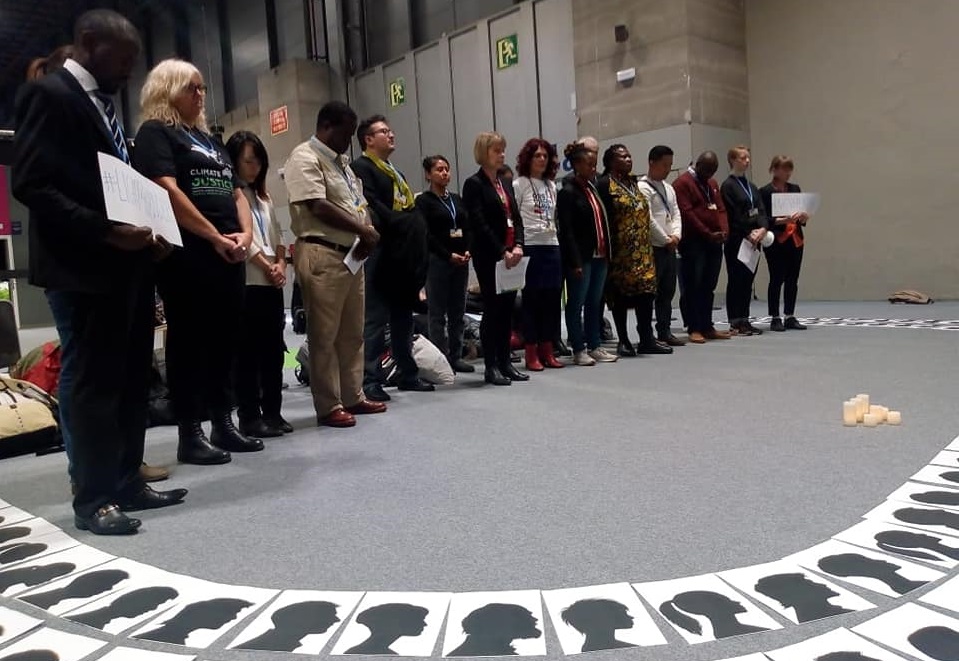 No deal on Article 6

Ahead of COP25, many expected decisions to be made on rules for Article 6 of the Paris Agreement pertaining to carbon markets and other forms of international cooperation with the overarching aim of raising ambition. Discussions on Article 6 moved at a painfully slow place during the two-week summit.

The battle on Article 6 fostered strong disagreements among contending parties, with speakers referring to “very strong red lines”, the risk of “poison pills” in the text, and a feeling that some were imposing “neocolonial” rules.

The text released on December 13 removed the reference for parties to “respect, promote and consider their respective obligations on human rights”, provoking outrage among civil society organizations and indigenous peoples.

The two most difficult stumbling blocks remain: whether or not to carry over billions of carbon offset units generated from the previous trading scheme under the Clean Development Mechanism of the Kyoto Protocol; and ensuring accounting rules to avoid “double counting” of emissions reductions after a trade.

Lacking consensus on these issues, the Article 6 has now been deferred for deliberation to next year.

Climate justice activists monitoring the COP25 for two weeks emerged from the conference exasperated and angry over the lack of action by assembled governments and their disregard for human rights especially of indigenous peoples.

On December 11, at around 2:30 PM, about 300 people from civil society organizations led by indigenous peoples and women and gender constituencies shut down the main hall of IFEMA Convention Center where the high-level negotiations were being held. Demanding rich countries to tackle the climate crisis, the protesters took inspiration from a popular South American form of protest ‘cacerolazo’ which originated in Chile and involves making noise by banging on pots and pans.

The protest took place just hours after Greta Thunberg addressed the delegates, accusing world leaders of “creative PR” and condemning the fact that “since the Paris Agreement, global banks have invested $1.9 trillion in fossil fuels.”

UN security staff and private guards scrambled for about an hour, unsuccessfully, to contain the crowd until reinforcements were finally able to kettle the protestors and force them outside through a large rolling door in the hall.

It was the first time the UN climate negotiations were rocked by large protests within the negotiating areas.

Protesters decried how indigenous peoples, women, youth, and vulnerable communities were kicked out of the venue, while big polluting companies such as Shell, Chevron, and BP were allowed to advertize and host events at COP25.

IBON International sought to highlight at COP25 and related civil society-organized activities the important role of environmental defenders in the context of the current climate crisis, and the need for international solidarity amid the risks and dangers that they face.

“We believe that there is a gap in the current climate political discourse in terms of making the link between increasing attacks on peoples’ democratic rights, including their right to organize and mobilize and the current climate emergency. This link has been made more palpable in the last few days of COP when the UN kicked out indigenous peoples and women demanding climate justice at COP25 and coddled big polluters like Shell and Chevron instead”, according to Lorelei Covero of IBON International.

Ajay Kumar Jha of Centre for Community Economics and Development Consultants Society (CECOEDECON) recalled that COP would be celebrating its 25th anniversary and yet the climate situation has only turned for the worse.  And yet, despite the flaws of the current multilateral climate talks, civil society and social movement participation and engagement inside and outside official spaces are indispensible.

“We cannot allow big polluting nations and their corporations to easily capture the climate agenda and allow them to impose their interest to abuse our resources and profit from the climate emergency unopposed. We have to hold the UNFCCC to account.”

Resistance to the corporate capture of the climate agenda takes many forms including through people-powered climate action where grassroots communities, in the context of their struggle for their social and economic rights, collectively devise adaptation and mitigation solutions to enhance their resiliency and cope with the impacts of climate change.

Participants of a Study Conference on Climate Finance, organised by the CSO Partnership for Development Effectiveness, call for urgent climate justice.

“Definitely, the most urgent climate action that needs to happen is putting an end to corporate greed and plunder of the commons. And rights defenders, especially Indigenous Peoples, contribute immensely in climate action when they expose and oppose the underlying socio-economic base that is at the root of climate change and propose people-powered alternatives,” said Beverly Longid of Indigenous Peoples’ Movement for Self-Determination and Liberation. — Lorelei S. Covero & Ivan Phell Enrile #