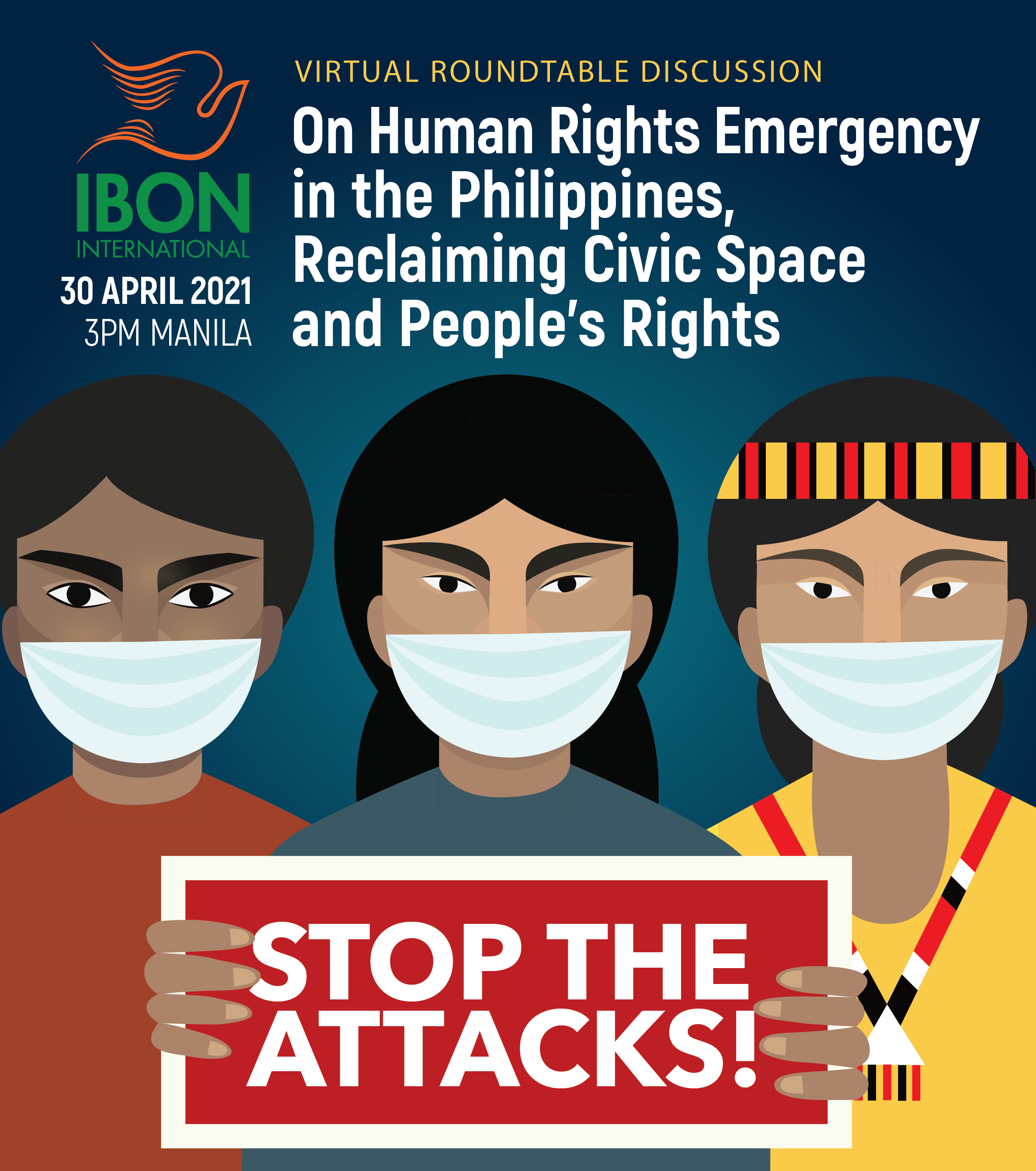 Attendees included the UN Office of the High Commissioner for Human Rights, the main UN office responsible for rights promotion and protection; the International Center for Not-for-Profit Law, CIVICUS, and Amnesty International, all international CSOs working on issues of democratic spaces, people’s participation and rights; and the Swedish International Development Cooperation Agency (SIDA), Sweden’s government agency for international development cooperation. The session gathered concrete recommendations towards upholding rights and achieving accountability amid the failure of domestic redress mechanisms. Ambassadors and state actors were urged to foster an enabling environment for civil society and to oppose restrictions, such as the Note Verbale of the Department of Foreign Affairs on clearing foreign funding support to CSOs.

“The Philippine government faces the international community with promises of working domestic remedies. Daily realities, from attacks against activists to the dismissals of complaints against police, belie such rhetoric,” IBON International Executive Director Jennifer del Rosario-Malonzo said. “The actors and interests responsible for the human rights crisis are instead sustaining their iron-fisted rule, wielding the law as a weapon and having captured key institutions including for domestic redress,” Malonzo added. Sharing rights groups’ concerns, she called on the international community to take urgent action. “The work to reclaim rights and democratic spaces remains challenging. We need to support organisations who assert and defend these rights, as the struggle for rights bear on the real, daily lives of Filipinos and on their long-term prospects for development,” she further added.

Visayas-based, humanitarian worker Minet Jerusalem emphasised the threats faced by civil society under Duterte. “Even our development work is affected, as military blockades in communities hinder the delivery of aid and programs. Millions of poor people are deprived of basic social services due to state repression. Staff and volunteers are arrested or resign out of fear,” she said. Jerusalem is also a member of the Board of Trustees of the development platform Council for People’s Development and Governance (CPDG). CPDG is a petitioner against the Anti-Terrorism Act of 2020, widely opposed by petitioners who cite its unconstitutionality and the criminalisation of dissent.

The Roundtable Discussion picked up from existing international reports and resolutions on the Philippine rights situation, including the 2020 report of the Office of the High Commissioner on Human Rights (OHCHR), the 2020 United Nations Human Rights Council (UNHRC) resolution which prescribed technical cooperation and capacity-building with the Philippine government, and the first report of Investigate PH, an independent international investigation on rights violations in the country, which found that state claims over “functioning” domestic mechanisms are belied by intensifying rights violations.

Sarojeni Rengam, Executive Director of Malaysia-based PAN Asia Pacific (PANAP) and Chairperson of IBON International’s Board of Trustees, called for greater solidarity among peoples in the region. “We need to recognise that the issues that peoples face in the Asia Pacific are systemic and linked”, she said. She also drew parallels between Myanmar and the Philippines, as governance in both countries is militaristic and “driven by the business interests of the ruling elite.”