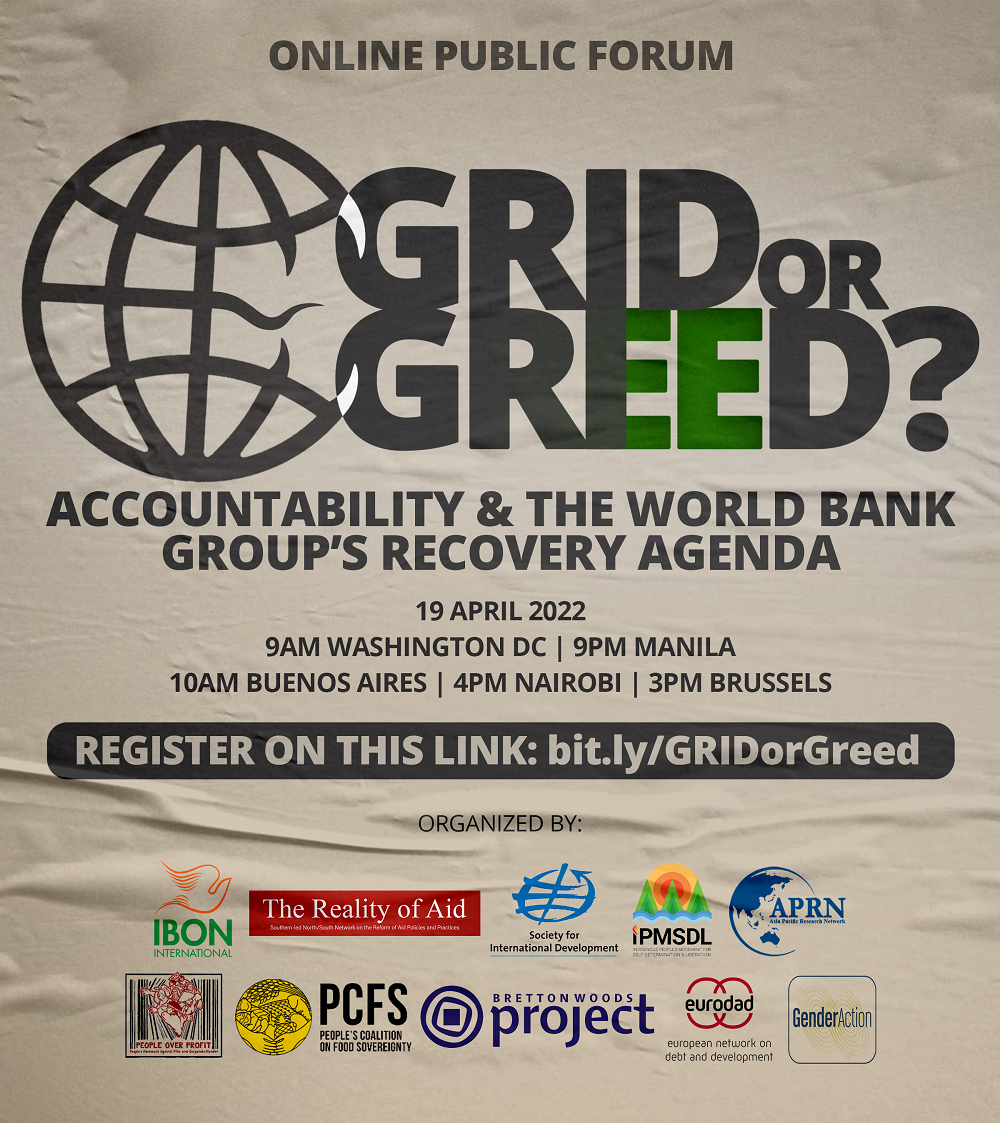 Watch the video of the forum here.

In 2021, the World Bank Group (WBG), supported by the International Monetary Fund, announced its recovery framework to the current crises, the Green, Resilient, Inclusive Development (GRID) framework. GRID is packaged as a “depart[ure] from previous development strategies” in “promot[ing] economic growth that goes hand in hand with environmental goals and inclusion.” Through adopting language that seemingly echoes even progressive demands, the Bank attempts to assert its mandate in steering the path of the pandemic-era economy.

“Structural weaknesses” exist in today’s economic systems, the global North-led WBG admits. But it has long defended and justified its role in shaping countries’ neoliberal policies, now even more exposed and proven by the pandemic as unsound and incompatible with people’s rights. Absent in WBG GRID discourse is an acknowledgement of accountability for how their own tools and approaches—such as the controversial and harmful Doing Business rankings—have eroded social services, ecology, and deepened exclusion and resource plunder especially in the global South.

Global Partnership Must Uphold Democratic Ownership Against Profiteering and Militarization

IBON at UN: Corporate-driven Green Economy will be disastrous for people and environment