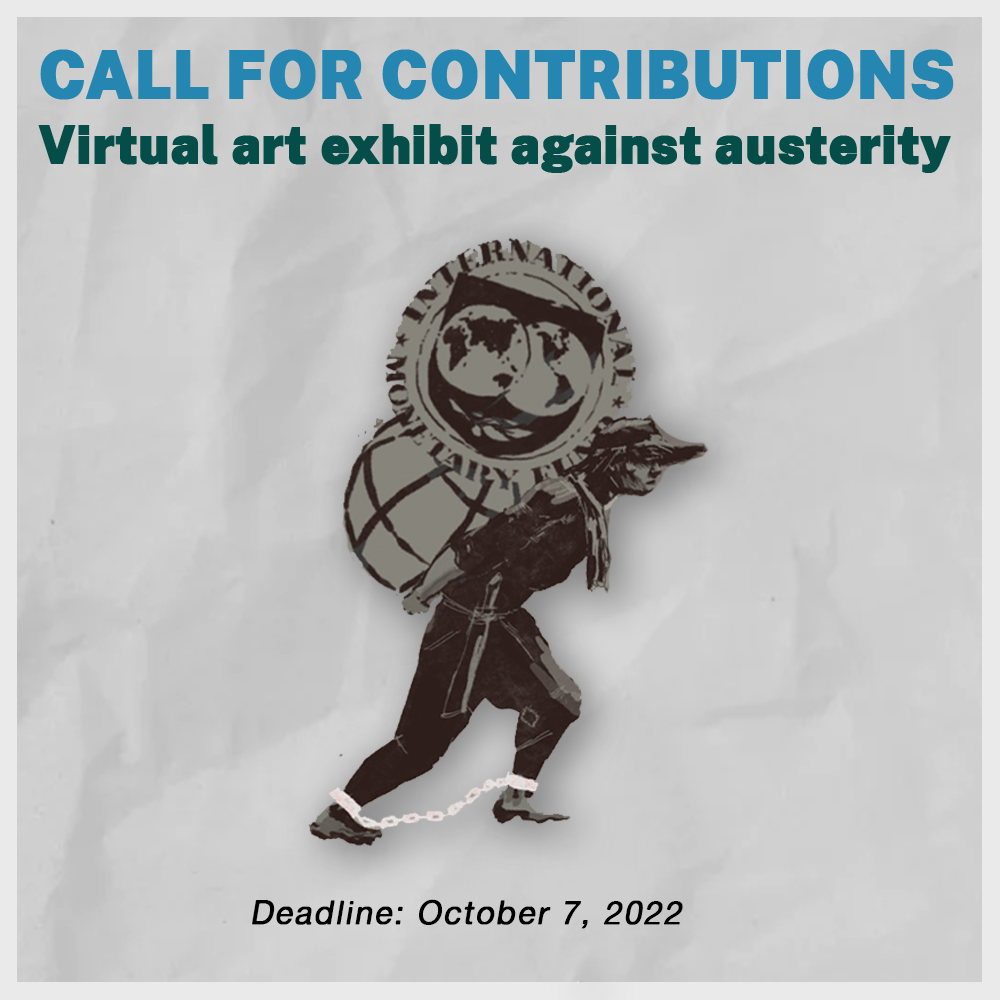 ​​Austerity measures are policies that cut government spending for social services or impose new taxes on the people in line with conditionalities attached with foreign loans from international finance institutions, such as the International Monetary Fund and the World Bank Group.

Austerity hurts the people, and women the most. Women face fatal state budget cuts in social services that mean more expensive healthcare, housing, transportation, and the absence of social protection. Those in public service sectors face lay-offs. Women’s underpaid and unpaid care work are forced to compensate for gaps.

Facing the austere world: Realities, recovery, resistance will be an online virtual exhibit of art works that portray both the shackles created by economic structures and the efforts to break them. It will be launched on September 29, in line with the virtual End Austerity Activism Festival, and will run until November 7.

We invite artists to contribute their works for an opportunity to reach an international audience of social movements, civil society organisations, and people’s organisations. We are accepting any art works (e.g. paintings, photographs, posters, murals, short films/videos, and other visual forms) that tackle any of the following:

Interested artists may submit their contributions, brief descriptions of their pieces, and bio-notes, to austerityexhibit@gmail.com within October 7.