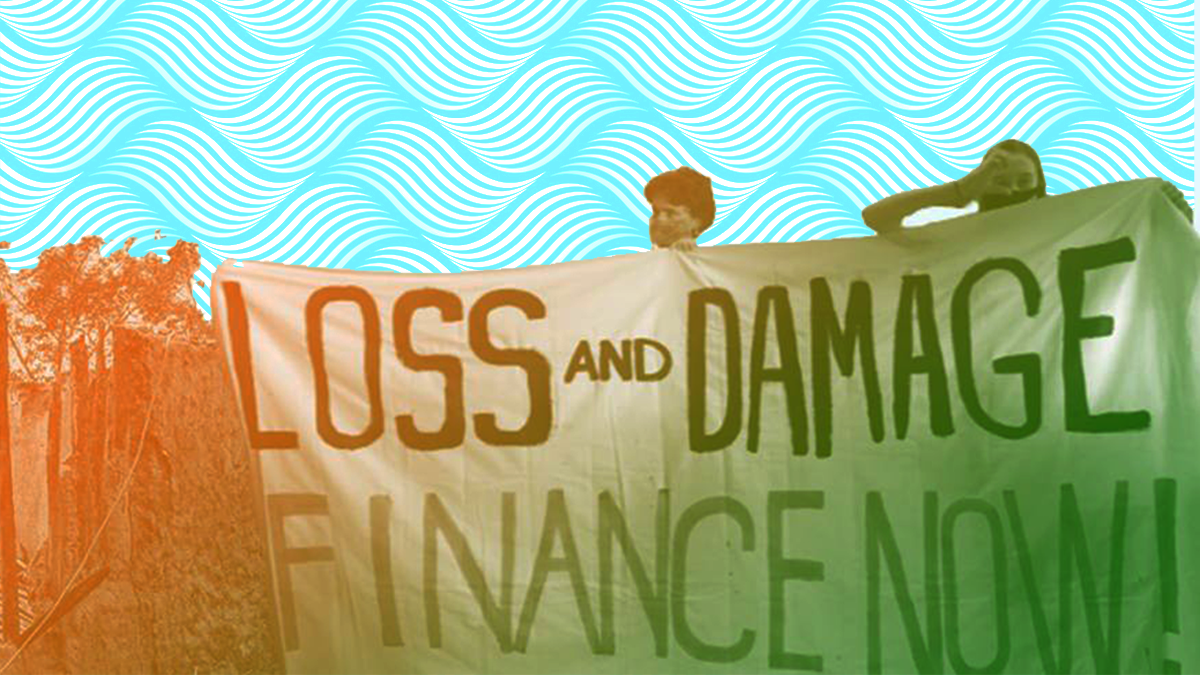 Today, governments convening at COP27 agreed to establish a Loss and Damage Fund. This is an important initial step at bringing justice to billions of peoples, particularly in the global South, enduring extreme droughts, supertyphoons, floods, and sea level rise. This win is the result of the persistent struggle of civil society and peoples’ movements to hold developed countries to account for a crisis wealthiest economies have historically created.

The fight for Loss and Damage Fund –  three decades in the making – has not been easy. At COP27, big polluters such as the United States and the European Union from the onset sought to block the creation of the fund, and, to protect their interests, attempted to divide the unity of developing countries with watered-down proposals.

While we at IBON International celebrate this important win, we are also mindful that the COP27 has failed to make progress on critical, interlinked agenda that would have made a loss and damage fund truly meaningful for frontline peoples and communities.

The Loss and Damage Fund is a remedy to the symptoms of the climate crisis. To address the root cause, global North countries need to take the lead in phasing out all fossil fuels – including oil and fossil gas – without resorting to false solutions. Global North countries must also honour their outstanding climate finance commitments to provide global South the finance, technology, and capacity to adapt to climate change and leapfrog to people-centred, gender-just, sustainable development models. The world is already on its way to a 2.8 degrees Celsius temperature overshoot. The economic and non-economic costs of losses and damages due to climate change will only become more burdensome as long as global North countries delay action on their historical and legal responsibility.

Likewise, the COP27 was a missed opportunity to include loss and damage as a third pillar of the New Collective Quantified Goal (NCQG) on climate finance. Establishing such a pillar would have enshrined a post-2025 loss and damage finance goal in both the UN Convention on Climate Change and the Paris Agreement. Such a step would have aligned loss and damage finance commitments with the key principles of the Convention on equity, historical responsibility, and common but differentiated responsibilities and respective capacities, as well as the Paris Agreement goal of limiting global average temperature to 1.5 degrees Celsius.

Needless to say, we have a huge battle ahead of us. The Loss and Damage Fund needs to be operationalised, with developed countries contributing their fair share of new, additional, and adequate finance to the fund. We will continue to push for a loss and damage fund accessible to all developing countries that are vulnerable to loss and damage due to climate change. The fund must be grants-based, with no colonial conditionalities attached. Together with the broader peoples’ movements and frontline communities, we commit to continue the struggle, inside and outside of the COP, for climate justice and system change.

People’s Review of SDG 12 & 13: Sustainability and climate justice beyond COVID-19