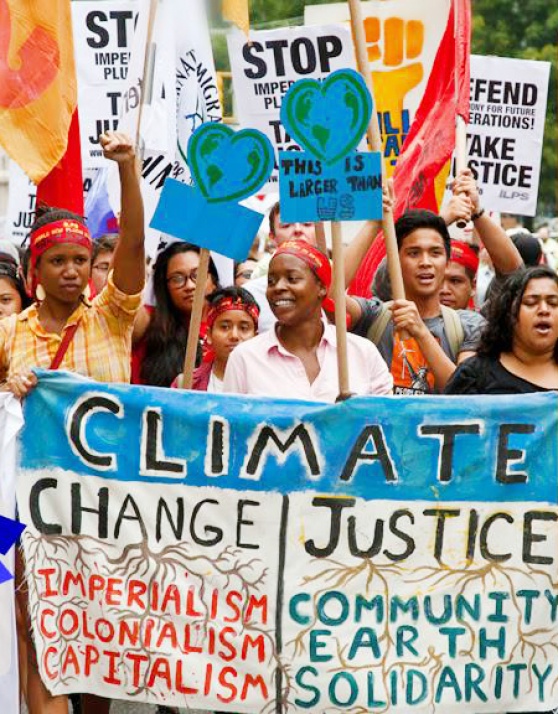 Full Text:
[[{“type”:”media”,”view_mode”:”media_large”,”fid”:”416″,”attributes”:{“alt”:””,”class”:”media-image”,”height”:”480″,”style”:”text-align: center; width: 273px; height: 350px; float: right;”,”typeof”:”foaf:Image”,”width”:”375″}}]]
IBON International urges world leaders to heed to the peoples’ demands for climate justice in agreeing on a legally-binding global climate agreement that is founded on the principles of common but differentiated responsibilities (CBDR) and genuine sustainable development.
The 20th session of the Conference of Parties (COP 20) is set from December 1 to 12, 2014 in Lima, Peru to develop the draft of a new climate agreement to be signed in Paris in 2015 and come into effect in 2020 to replace the Kyoto Protocol. The COP 20 is being considered by many as a ‘last opportunity’ to forge a climate treaty that rejects false market-based and profit-oriented solutions in dealing with the climate crisis.
The billions of urban and rural poor from the third world that suffer the most from the impacts of climate change, brought about by the relentless plunder of the world’s natural resources in pursuit of profit, must be the most prioritized and should be the urgent beneficiaries of climate programs relating to adaptation and mitigation.
As conflicts of interest between developed and developing countries heighten in the negotiations for a new protocol, IBON International offers the following policy positions on mitigation, adaptation, and finance which should form the most crucial building blocks for a new climate protocol:
The COP 20 in Lima must not operate in a business-as-usual manner that is exclusive only to governments and the influence of corporate lobby groups. The COP process must not lockout CSOs or to excessively restrict the number of CSO participants by imposing unreasonable requirements on them.
IBON International joins the rest of the civil society in pushing for an inclusive process inside and outside the COPs and reiterates its call for a genuine Peoples’ Protocol on Climate Change as alternative framework based on the principles of sustainable development that can provide long-term solutions to the climate crisis. ###
COP20Worldleaders_urgedtoadoptagenuine_PeoplesClimateProtocol_in_2015.pdf
Tags: CBDR, climate change, climate talks, COP20, CSOs, Kyoto Protocol

Strengthen int’l solidarity for the Philippines, stop the killings and attacks