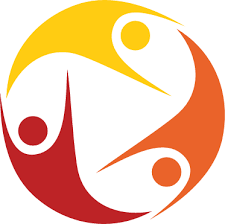 Reclaim our future. Oppose the corporate “development” agenda
In September of this year, Heads of States and Governments will gather at the United Nations (UN) headquarters in New York City to agree on a new set of “Sustainable Development Goals” (SDGs) and a “global plan of action for people, planet and prosperity”.  The latest draft of this declaration which promises to “transform our world” by 2030 and ensure that “no one will be left behind” in the process has just been released today.
However, many of these same governments, particularly the more powerful ones among them, are also currently negotiating new “free trade” deals that will have far-reaching implications for peoples in both the global North and South and for the future of the world economy and the planet.  Indeed, the top negotiators from 12 countries representing over 60% of the global economy are currently meeting in Hawaii, US desperately trying to conclude by the end of this week the transpacific partnership agreement (TPP), the largest “trade” agreement since the establishment of the WTO in 1994.
These agreements as they are currently framed and when adopted side-by-side, will not usher a new dawn for humanity.  Instead they are likely to further concentrate power and wealth in the hands of the 1% on the one hand, and deepen the dispossession, exploitation and oppression of peoples and environmental plunder on the other.
We need to let these governments know that we will not accept a “development” agenda that will serve as a vehicle for strengthening corporate power, re-legitimize the global capitalist growth model and perpetuate neoliberal globalization.
Please send organizational endorsements to the attached statement, with country, to April at secretariat@peoplesgoals.org, by Friday, August 7th.
Original text posted: http://peoplesgoals.org/reclaim-our-future-oppose-the-corporate-development-agenda/
Reclaim our future. Oppose the Corporate Development Agenda.pdf
Tags: CPG, post-2015, PPPs, SDGs

Heading for higher ground: Climate crisis, migration and the need for justice and system change re-launch