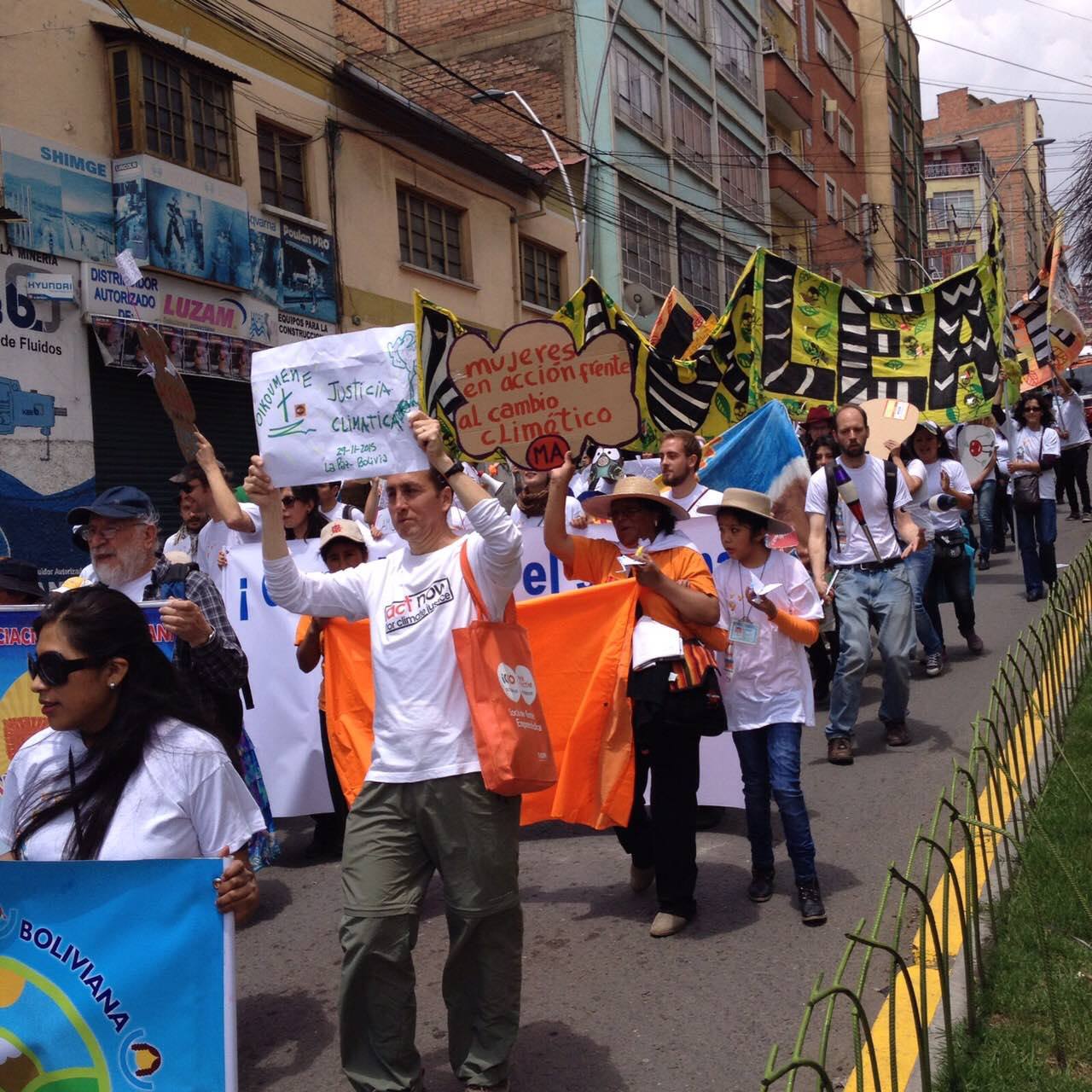 Global Peoples’ Surge stands its ground among migrants and people’s movements around the world and firmly calls for climate justice and social justice. Dispersed in different countries and continents, people’s organizations are intensifying their resistance against corporate plunder and destruction of the planet’s natural resources causing further oppression and exploitation of the poor and marginalized.

[[{“type”:”media”,”view_mode”:”media_large”,”fid”:”1176″,”attributes”:{“alt”:””,”class”:”media-image”,”height”:”480″,”style”:”width: 350px; margin: 5px; float: right; height: 350px;”,”typeof”:”foaf:Image”,”width”:”480″}}]]Even as authorities and world leaders try to suppress peoples protest surrounding the 21st Conference of Parties (COP21) to the UN Framework Convention on Climate Change (UNFCCC), to be held in Paris from November 30 to December 11, 2015, the people are unwavering in their stance for a genuine global climate agreement that reflects the peoples’ aspirations for social transformation and system change that will solve the roots of the climate crisis.

Global warming and climate change have emerged with the industrialization of the world, the global addiction to carbon based fuels and an economic system that has privileged private gain and corporate profit. These are the same factors that continue to aggravate climate change and obstruct governments from taking more concerted action for the greater good of our planet and its people.

The massive plunder and exploitation of the world’s resources by transnational corporations (TNCs), and the persistent land grabbing and pollution by mining companies, fossil-fuel based energy corporations, bio-fuels plantations, and other large commercial agricultural producers, are increasingly displacing marginalized poor communities, especially indigenous peoples, and forcing them into situations where their vulnerability to climate change effects become more acute and extreme.

The voracious plunder and exploitation of the planet’s natural resources, the international exploitation of the economies of poor and developing countries, and the increasing displacement of poor marginalized communities mean that the poor are increasingly the ones most vulnerable and at risk from climate change effects.

Global Peoples’ Surge continue on with its heightened call-to-action for a legally binding agreement on greenhouse gas emissions reductions and other urgent climate measures by governments and corporations, but also to billions of people, in their organizations and communities, to stand for climate justice and transformative social change.

We demand an end to all policies and programs that lead to the wanton pillage of nature, as well as the further deepening of poverty, inequalities, and resultant sufferings of the poor and marginalized peoples of the world.

We reject market-based profit-oriented solutions to the climate crisis that allow the commodification of natural resources and further concentration of the ownership of resources in the hands of corporations and industrialized nations.

We demand reparation from advanced industrialized countries for their historical ecological debt to the peoples of the global South. They must commit to a quantifiable emissions reduction that will limit temperature rise to 1.5°C, and unconditionally provide means and technology necessary for poor developing countries to mitigate climate change and adapt to its impacts.

We call on all nations and world leaders to put a stop to the corporate plunder and to adopt a legally binding agreement on climate change that ensures real solutions and the transfer and redistribution of resources to those without them. #

ADB and the ‘Development through Empowerment’ delusion

Recession, pandemic, and the quicksand of debt in the global South