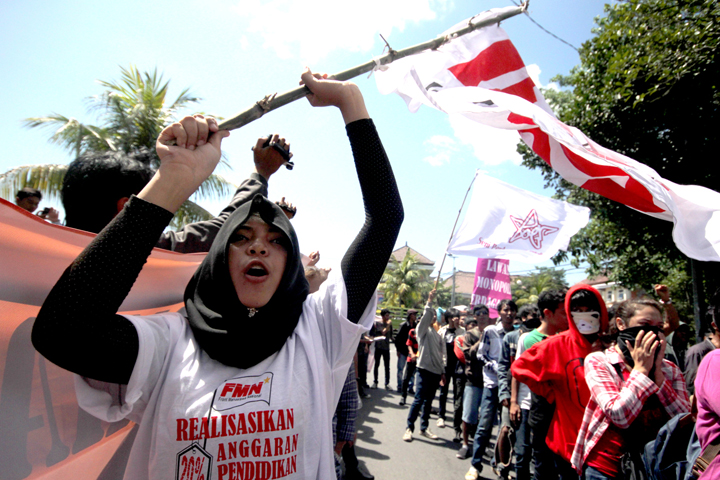 Twenty years since its establishment, the World Trade Organization (WTO) remains one of the most important mechanisms used by the global monopoly capital to advance neoliberal trade and concentrate wealth at the hands of the richest one percent.  By imposing trade rules that empower transnational corporations (TNCs) from rich countries, the WTO serves to keep the vast majority of countries underdeveloped while a tiny minority accumulates more power and wealth. The WTO and its predecessor, the General Agreement on Tariffs and Trade (GATT), have forced poor countries to open up their economies to foreign goods and capitalby lowering or completely removing trade barriers while opening the floodgates to heavily subsidized products from advanced industrialized countries. This has resulted in the widespread destruction of local industries keeping developing countries subject to imperialist dictates and enabling corporations and developed countries to access cheap raw materials and exploit the labour force of the Global South.

The aggressive implementation of WTO policies in the past two decades has given corporations enormous new powers by placing profit over human rights and the environment. Contrary to promoting internationally recognized labour rights, WTO rules deem it illegal for governments to discriminate against products regardless of how it was produced, such as with child labor. Through WTO’s trade liberalization policies, the operations of huge oil, gas, mining, pharmaceutical and agri-business multinationals have expanded at an exponential rate effectively destroying forests, oceans, river basins, creating more pollution, and fueling climate change. Furthermore, WTO rules have restricted the capacity of developing states to respond to poverty and hunger situations by reforming the global agricultural system to benefit large agro-corporations while harming small peasants and food producers. Millions upon millions have been disempowered with the push to privatize basic social services that now increasingly come at a price.

Indeed, the doctrine of ‘free trade’ does not respond to the needs of the world’s poor. The rapid growth in global trade and investment brought about by the WTO only worsened inequality among and within countries most especially in the developing world. By allowing the deluge of subsidized products from developed countries, large-scale producers can sell their products below actual production costs, to the detriment of small-holder and subsistence farmers in developing countries who bear the brunt of lost agricultural income amounting to USD 24 billion annually[1]. In Africa, decades of subsidized food imports from the United States, Canada, and the European Union have destroyed the already backward rural food systems and worsened the poverty of small agricultural producers. Local industries of less developed countries in the region were unable to cope and eventually lost in the competition against cheap imported products.

Amid the growing unrest and discontent over the detrimental impacts of WTO policies, the 10th WTO Ministerial Conference (MC10) this 15-18 December 2015 in Nairobi, Kenya can only be expected to further aggravate the ongoing crises felt by the poor and marginalized peoples across the globe. In addition to reinforcing the unfair trade rules already codified by existing WTO agreements, the US, EU, Japan and other developed countries want the Nairobi conference to commence negotiations on “new issues” – which are really old proposals that these countries have long been seeking to impose as new rules on trade and investments binding on all countries.

These include rules on investments that would further restrict the ability of countries to regulate TNCs; competition policies that would prevent countries from favoring domestic firms over foreign investors; and government procurement rules that would prevent countries from favoring domestic suppliers over large transnational construction and service corporations. Developed countriesare also pushing for the privatization of State-Owned Enterprises (SOEs) and public services more generally that are traditionally meant to provide essential goods and services to all.

They are also promoting Global Value Chains (GVCs) that will encourage more subcontracting and contract farming for the benefit TNCs.  The agenda of sustainable development is also being used as a pretext for promoting trade in Environmental Goods and Services (EGS) that are generally monopolized by TNCs based in the developed countries. All these would further strengthen the ability of TNCs to operate within and across borders and dictate the prices of goods and services making them unaffordable to the common people while also driving down wages, worsening labor conditions and degrading the environment.  They also rob developing countries of policy tools that are necessary for promoting sustainable development and realizing people’s rights.

Advancing the people’s trade agenda requires fundamental changes in the current ruling system. A trade regime that truly serves the interests of the people must promote alternative forms of international exchange based on solidarity and complementarity in order to provide for the needs of the population. Respect for national sovereignty, strict regulation of the financial sector, and the promotion of national industrialization are necessary components of a pro-people trading system. The growing peoples resistance against the WTO and emerging alternatives to neoliberal trade prove that another trading system is possible – a trading system that pursues the people’s agenda.

NO “NEW ISSUES” IN THE WTO!