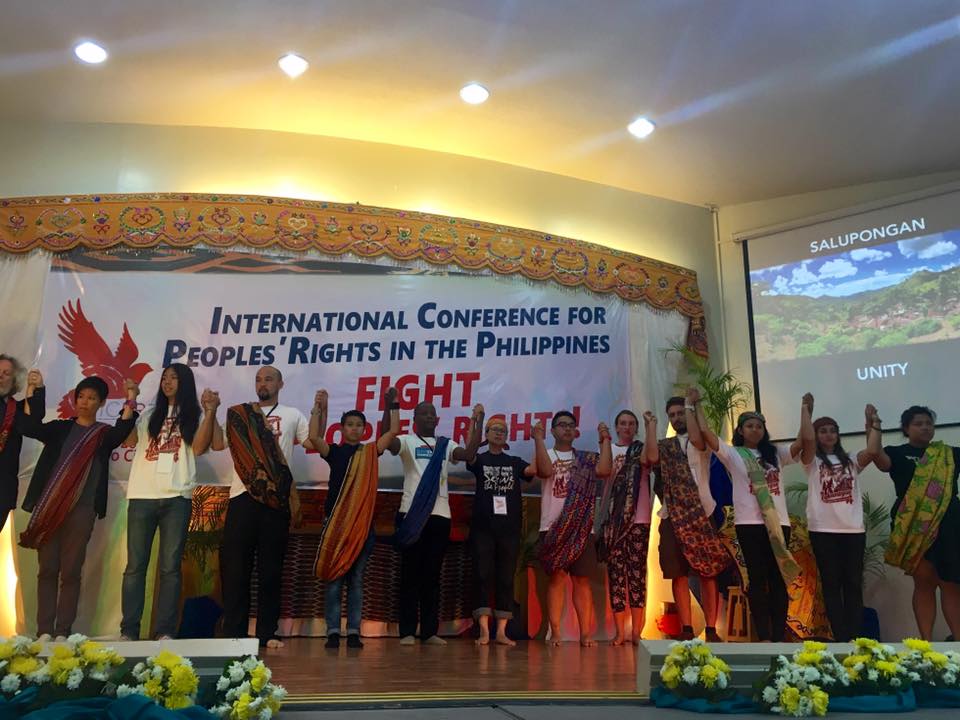 Human rights organizations and social movements from all over the globe gathered for the International Conference for Peoples’ Rights in the Philippines (ICPRP) last July 23 to 24, 2016, in Davao City, Mindanao, Philippines. The ICPRP aimed to strengthen international solidarity and energize collective action by raising the discourse on people’s rights and highlighting peoples’ struggles.

The ICPRP also coincided with the 40th anniversary of the Algiers Universal Declaration of the Rights of Peoples which recognizes the indivisibility of individual and collective rights; the interrelation of economic, cultural, and civil and political rights; and the right of peoples to self-determination and liberation.

ICPRP delegates participated in solidarity missions in a number of communities in Mindanao, Cagayan Valley, Eastern Visayas, Southern Tagalog, and Panay region where economic and social injustices persist and the struggle for people’s rights are most felt.

The conference culminated with a declaration that strongly and unequivocally expressed support for the heightened call for accountability from the Aquino administration for the injustices perpetrated against the Filipino people; and for the current Duterte administration to commit to the challenge to undertake reforms for justice, peace and development. It also called on peoples of the world to continue fighting for peoples’ rights and resist oppression.

The ICPRP declaration is available below.