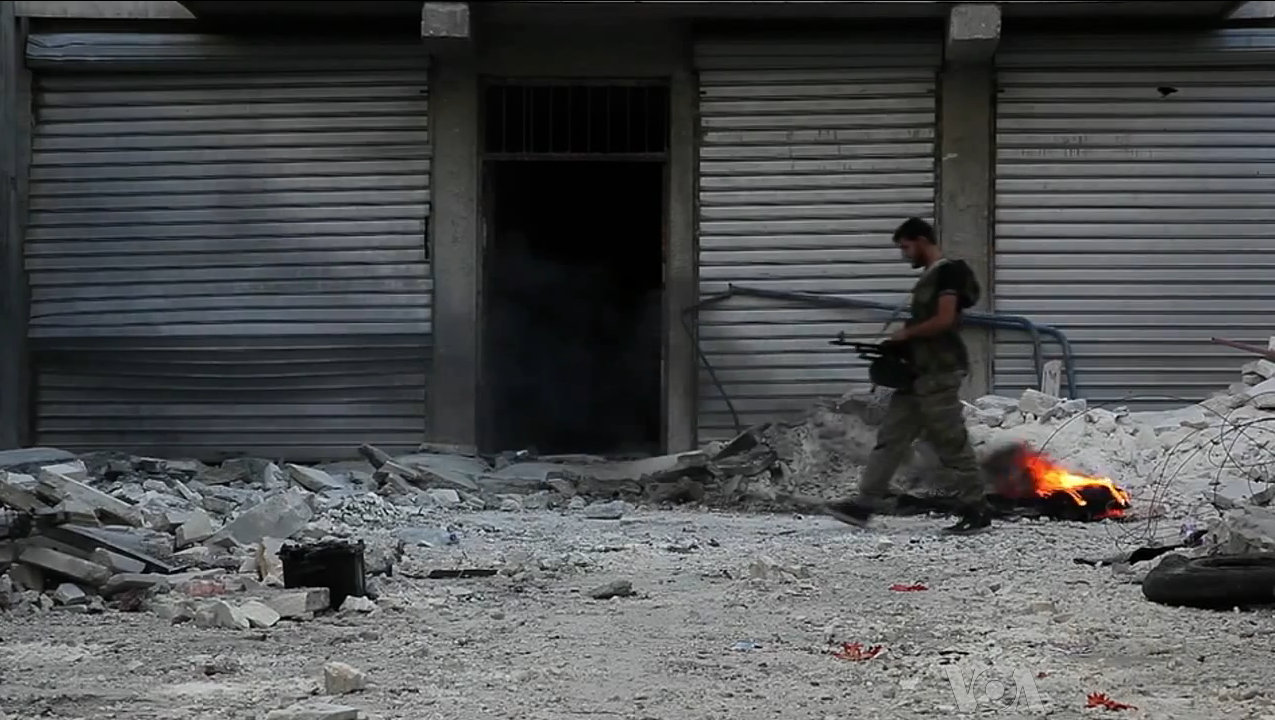 Photo courtesy of Wikimedia Commons, is licensed under Creative Commons BY 2.0

March 15 marks the day in 2011 when anti-government protests erupted in Syria. By then, similar protests could already be found in other Arab countries in a wave dubbed the “Arab Spring.” The Syrian protests would later escalate into a civil war where global powers such as the United States, with its allied states, would initiate military actions on Syrian territory. Six years and a week later, on March 22, 2017, a US bombing struck a refugee shelter near Raqqa, allegedly killing civilians.

The Syrian people continue to bear the brunt of the effects of the imperialist intervention in Syria. On its sixth year, the war in general has displaced an estimated 6.5 million people, resulted to 4.96 million refugees [1], and according to a UK-based human rights monitor, has killed an estimated 465,000.[2]

The United States, in the 21st century alone, supported and was even directly involved in regime changes, especially when regimes pose threats to US interests. It has engaged in war as a response to economic crisis, aside from military interventions against countries such as Libya.[3]

What is the role of foreign powers such as the United States in the Syrian war?

From March to May 2011, Syria saw protests which later escalated into an internal armed conflict between the Syrian government and opposition forces. This would later snowball into a war with the intrusion of the United States. A Syrian think-tank warned in 2013 that US intrusion would only worsen the conflict.[4]

By December 2011, the US was revealed to have provided intelligence to various opposition forces.[5] US support would later include weapons,[6][7] military training,[8] and deployments of US special forces.[9] The US had also imposed unilateral economic sanctions against Syria.

By September 2014 the US also began conducting airstrikes directly on Syrian territory, supposedly against the Islamic State in Syria and the Levant (ISIS/ISIL), and against al-Qaeda in Syria.[10] These also resulted to deaths of civilians and in one instance, of Syrian military forces.[11]

It is in this overall context of increased intervention by the United States and its coalition of countries,[12] that the Syrian government sought military alliances with countries such as Russia and Iran in September 2015.

US militarist action was initially explicitly hostile against the Assad regime, but official US narratives later shifted to supposedly targeting ISIS forces on Syrian soil.

However, in a leak of a closed-door conversation, former Secretary of State John Kerry allegedly said that the Obama administration saw that the rise of ISIS would eventually force Assad to negotiate with the United States.[13]

Some commentators also saw US intervention as being motivated by the strategic location of oil supplies in the Persian Gulf area, with a US-funded military think-tank suggesting “divide and rule” tactics applied to Shia and Sunni Muslim sects as one strategy in building US alliances in the region.[14]

Is the US currently active in Syrian territory?

The Syrian President al-Assad has described US forces in Syria as “invaders,” and cited the multiple US military interventions and wars which only worsened conflicts in countries.[16]

On March 9, 2017, the US has deployed Marines in Syrian territory, to fight ISIS forces and reclaim the ISIS-controlled area of Raqqa.[17]

Later on March 16, 2017, the US was accused of hitting a mosque and killing civilians, as the US supposedly attacked a meeting of al Qaeda members in Syria.[18] Another airstrike on March 22 hit a school being used as a refugee shelter.[19]

Did the US violate people’s rights through their direct intervention?

Right to existence and life

US airstrikes, supposedlydirected against ISIS,run a real risk of also killing innocent civilians, given how members of ISIS in Syria prefer to live and organise in residential buildings, instead of camps typical of Al Qaeda in the past.[20]

According to the UK-based monitor Syria Observatory for Human Rights, these airstrikes have resulted to around 2,400 deaths, with 467 civilians, as of January 2017.[21]

Under the Algiers Declaration on the Rights of Peoples, the people have the right to determine their political status without foreign interference and to break from direct or indirect foreign domination. Self-determination is also affirmed as a right in the International Covenant on Economic, Social and Cultural Rights of the UN.[22]

The US and its coalition’s support for opposition forces during the first few years of the conflict was its means of pushing regime change in Syria. This interference in what has previously been an internal conflict between the Syrian government and opposition violated the right of the Syrian people to freely determine their political status.

The US towards the end of the Obama administration had to later change its strategy by focusing on ISIS/ISIL forces instead of the government, still unauthorized by the government of Syria. The origins of ISIS itself could be traced in US decisions made during its conquest and invasion of Iraq in the early 21st century in the “war on terror.”[23]

Right to development is also upheld in the Algiers Declaration, and enshrined in a 1986 UN Declaration.[24] This right includes states’ role in creating national and international conditions conducive to development; and as a corollary, in also eliminating violations of peoples’ rights under oppressive situations such as foreign domination.[25]

In targeting ISIS in Syria, US airstrikes added to the destruction of infrastructure that are needed for the Syrian economy to function.[26] The US and its allies’ economic and financial sanctions on Syria also violate the people’s right to pursue their own developmentwithout any foreign interference.

Additional US sanctions against Syria prohibited any new investments; the provision of services; and the export of oil and most US goods to Syria.[27][28] Exceptions to the ban, such as food and medicine, nevertheless require a license.[29] All these also put additional constraints on the already-ill Syrian economy.

According to a report prepared for the UN Economic and Social Commission for Western Asia, the unlikely easing of sanctions in the future inhibits not only the delivery of humanitarian aid, but also the development and reconstruction process for the war-stricken people of Syria.[32]

These sanctions were also imposed on the Syrian economy with questionable foundations in international law and norms, preventing the Syrian people to claim and exercise their rights. In the past, many developing countries have already considered such unwarranted embargoes and sanctions as barriers to development.[33]

Clearly, there is an urgent need to resist and end the unwanted intervention of foreign powers such as the United States. This is a necessary condition before the people of Syria, together with remaining institutions, could even begin reconstructing their devastated economic, political, and cultural life. Finally, there is a need to strengthen global solidarity for the respect, protection and fulfillment of Syrian people’s political, economic and social rights towards building real democracy.