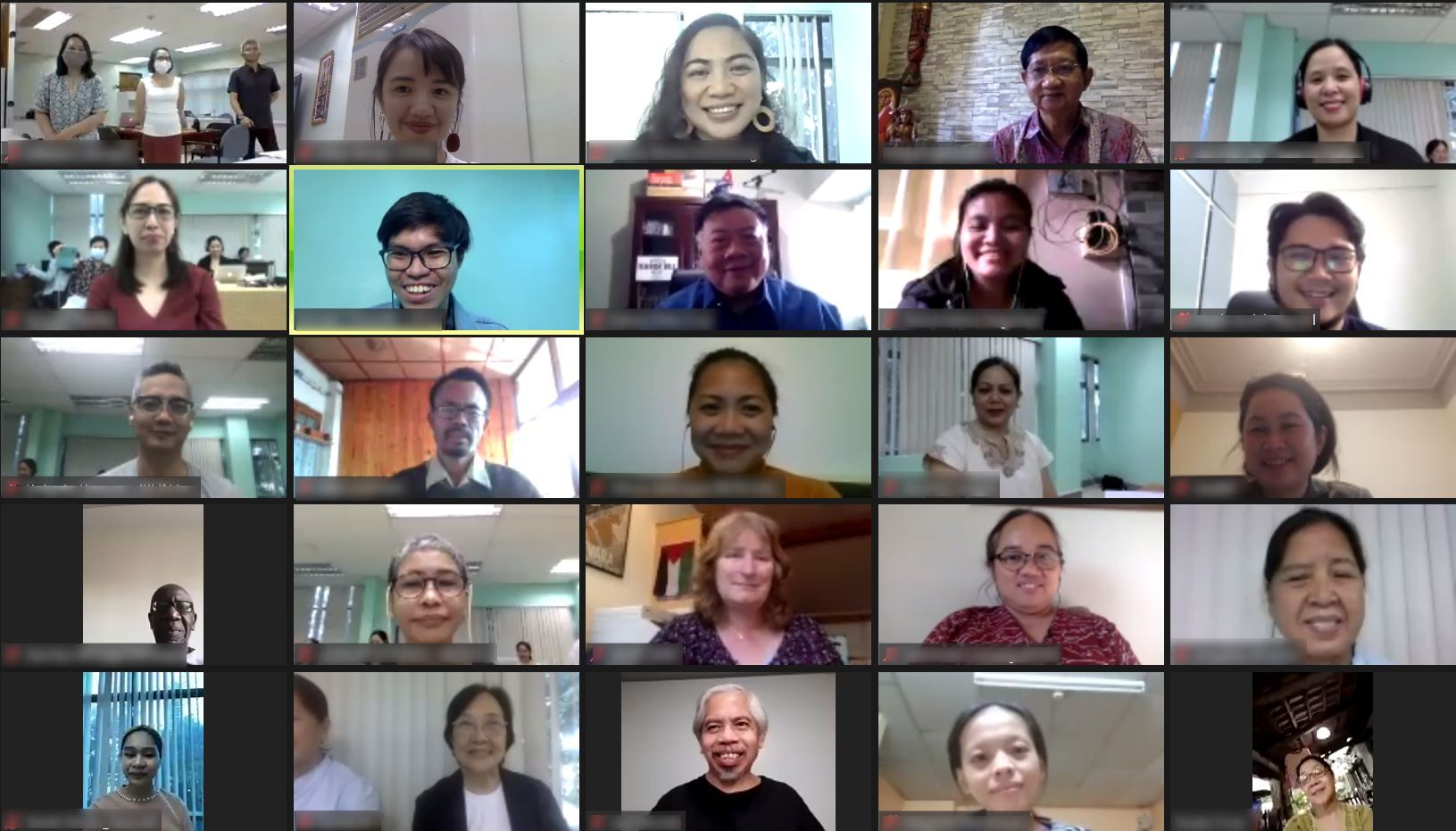 IBON International affirmed its unwavering commitment to empowering people’s movements in the Global South in two virtual institutional events, the annual Board of Trustees (BoT) meeting and the IBON International Foundation third general assembly, held amid pandemic restrictions and continuing political repression. These events consolidated the leadership and membership of the organisation and ensured the members’ participation in decision-making.

The organisation affirmed its unwavering commitment to empowering people’s movements in the Global South in the said events held amid pandemic restrictions and continuing political repression under the Duterte regime in the Philippines where its main offices are located.

The general assembly convened Philippine-based and international members including peasant and food rights advocates, feminists, Indigenous Peoples’ rights defenders, economists and development workers. The members expressed their satisfaction with the guidance of the Board of Trustees and unanimously renewed their mandate to serve for another three years. Ms. Sarojeni Rengam of Malaysia-based Pesticide Action Network Asia-Pacific and Dr. Roselynn Musa of Agenda for Change were re-elected Chairperson and Vice-Chairperson, respectively. Meanwhile, Atty. Edwin Dela Cruz of the National Union of Peoples’ Lawyers and Prof. Roland Simbulan of Center for People Empowerment in Governance, both based in the Philippines, were re-elected as Secretary and Treasurer, respectively. The assembly also confirmed the new members of the IBON International Foundation.

IBON International Executive Director Ms. Amy Padilla reported on the organisation’s accomplishments and the challenges it encountered during the implementation of its strategic plan for 2016–2020, which concludes this year, in the context of worsening neoliberal economic crisis and closing civic space. As the strategic plan intended, the organisation contributed to the capacity building of people’s movements in the Global South towards rights-based and people-powered development through its thematic programmes Trade and Investment, Development for the People, Climate Justice, and Democracy.

The organisation published robust material on People-Powered Sustainable Consumption and Production, highlighting communities’ strides in asserting for their economic rights and sovereignty towards sustainable trade that serves people’s interests, particularly that of small producers and consumers. It also made inroads in climate finance and People-Powered Climate Action, and highlighted people’s struggles against the corporate capture of development in its knowledge products and engagements. It engaged in key policy arenas where it challenged private sector dominance such as in development cooperation and proposed alternatives that prioritise the needs and welfare of marginalised peoples.

It supported people’s assertions and resistance amid closing civic space through capacity development, including of its staff, especially as its main offices in Quezon City, Philippines have become directly targeted by state forces in recent years. It also contributed to Philippine solidarity work and engagement through its hosted networks and regional offices, such as in Europe and Africa.

Deputy Director Ms. Jennifer del Rosario-Malonzo presented IBON International’s new strategic plan for 2021-2025, still in the context of multiple global crises exacerbated by the pandemic and its impacts. The strategic plan for 2021–2025 bannering People-Powered Democracy builds on the work of the past strategic plan on the thematic programmes. In the new strategic plan, the organisation will also focus efforts to advance the rights and sovereignty of marginalised women especially amid gendered impacts of the economic recession and pandemic.

Ms. Malonzo was appointed by the BoT as the new Executive Director and will be assuming the position in 2021. The BoT also confirmed the members of the Management Committee. Prior to this confirmation, the staff expressed their confidence in the leadership of the said managers in an organisational process held in September 2020.

IBON International’s 2019 Annual Report video “Forging Ahead: Reclaiming Civic Spaces, Asserting People’s Rights and Development,” which recognised the collective efforts of the staff, management, networks and partners in upholding the organisation’s mandate to empower people’s movements through capacity building, was also launched in the general assembly.

The BoT meeting and II Foundation general assembly consolidated the leadership and membership of the organisation and ensured the members’ participation in decision-making. Such democratic processes equip the organisation to assert its important role in global policy arenas, governance and people-centred development amid political repression and crises.###

In the face of the pandemic and climate emergency UNEP must uphold, not backslide on fundamental climate justice principles