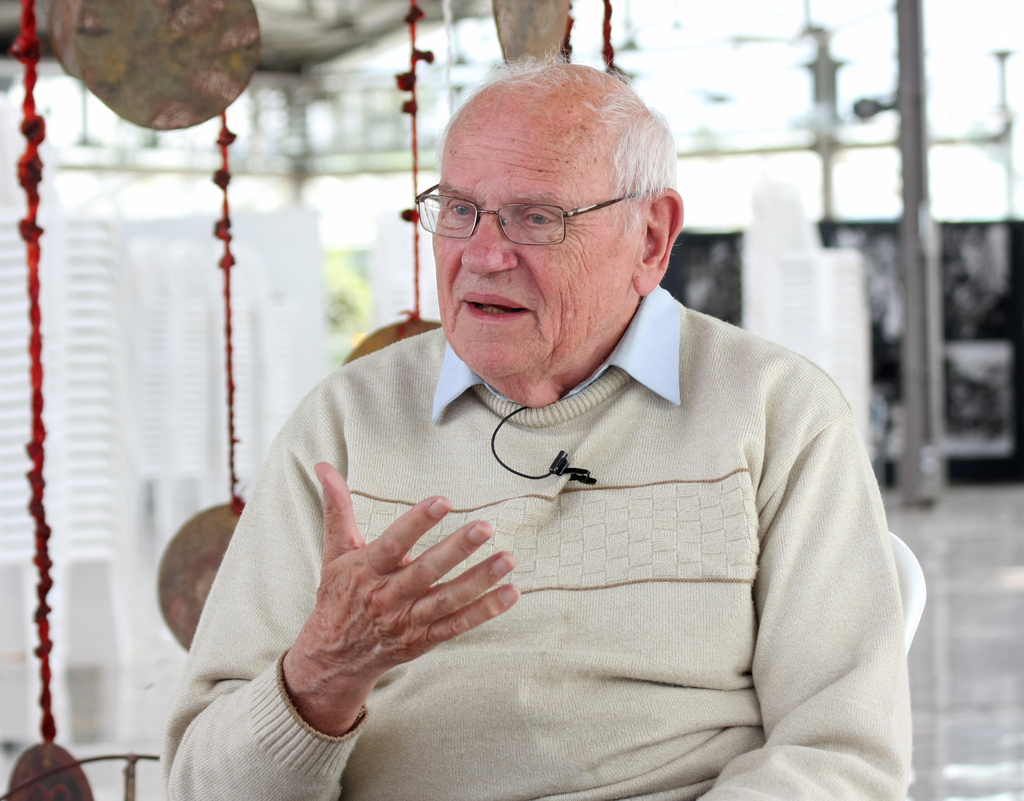 Photo courtesy of Presidencia de la República del Ecuador, licensed under Creative Commons BY 2.0
IBON International Statement
13 June 2017
A Spanish version of the statement is also available below.
[[{“type”:”media”,”view_mode”:”media_large”,”fid”:”1718″,”attributes”:{“alt”:””,”class”:”media-image”,”height”:”375″,”style”:”width: 350px; height: 273px; margin: 5px; float: right;”,”typeof”:”foaf:Image”,”width”:”480″}}]]
We are in solidarity with social movements and grassroots organizations across the world in mourning the passing of François Houtart, a prolific thinker, liberation theologist, Marxist sociologist, and friend to the Filipino people and other oppressed peoples.
Houtart, founder of the Tricontinental Centre (CETRI) in 1976 and its director until 2004, died last June 6, 2017 at the age of 92 in Quito, Ecuador, where he lived and worked at the Pueblo Indio Foundation and other universities. Born in Brussels in 1925, Houtart became a Catholic priest in 1949 and completed a doctorate in sociology at the University of Louvain. He was a pioneering writer on globalization theories, alternatives to capitalism, liberation theology and emancipation of peoples.
We remember him best for his roles in the 1976 Algiers Universal Declaration of the Rights of Peoples (Algiers Declaration) and the Permanent Peoples’ Tribunal (PPT). The Algiers Declaration, of which Houtart was among the eminent signatories, recognizes the indivisibility of individual and collective rights; the interrelations between economic, cultural, and civil and political rights; and the right of the oppressed peoples of the world to fight for their liberation.
The PPT, meanwhile, devoted two sessions on the Philippines – one in 1980 held in Antwerp, Belgium that found the Marcos dictatorship guilty for gross and systematic violations of human rights, and another in 2007 in The Hague, The Netherlands that found both Philippine President Gloria M. Arroyo and U.S. President George W. Bush, Jr. and their respective governments responsible for gross and systematic violations of human rights, economic plunder and transgression of the Filipino people’s sovereignty.Houtart was among the members of the jury during the PPT first session, whose verdict became a major factor in the international isolation of the Marcos dictatorship that led to its ouster six years later. In 2007, as PPT Session President, Houtart read the verdict describing the extrajudicial killings, forced disappearances, massacres, torture and other atrocities allegedly committed by the Arroyo government as “crimes against humanity.”
In more recent years, Houtart joined the first International Festival for Peoples’ Rights and Struggles held in Manila in 2011 where he delivered a keynote address highlighting the multiple crises confronting the world, and emphasized the need for heightened international solidarity and cooperation. Just in July last year, Houtart once again showed his solidarity with the Filipino people through a video message for the International Conference on Peoples’ Rights in the Philippines, which coincided with the 40th year anniversary of the Algiers Declaration.
IBON International joins the toiling, oppressed masses all over the world, especially in Asia, Africa and Latin America, in honoring Houtart’s legacy of building alternatives to systemic ills and ever-heightening problems of poverty and inequality wrought by neoliberal globalization. We find inspiration in remembering Houtart’s commitment to defend people’s rights and persevere in the struggle for social justice, freedom and democracy.
IBON International (www.iboninternational.org) engages in capacity development for people’s rights and democracy around the world. It strengthens links between local campaigns and advocacies to international initiatives and brings development issues from the international arena in a way that peoples’ organizations and social movements can engage with at country level.
II-Houtarts death.pdf
II Statement-Houtarts death [ES].docx
Tags: Houtart, ICPRP, legacy