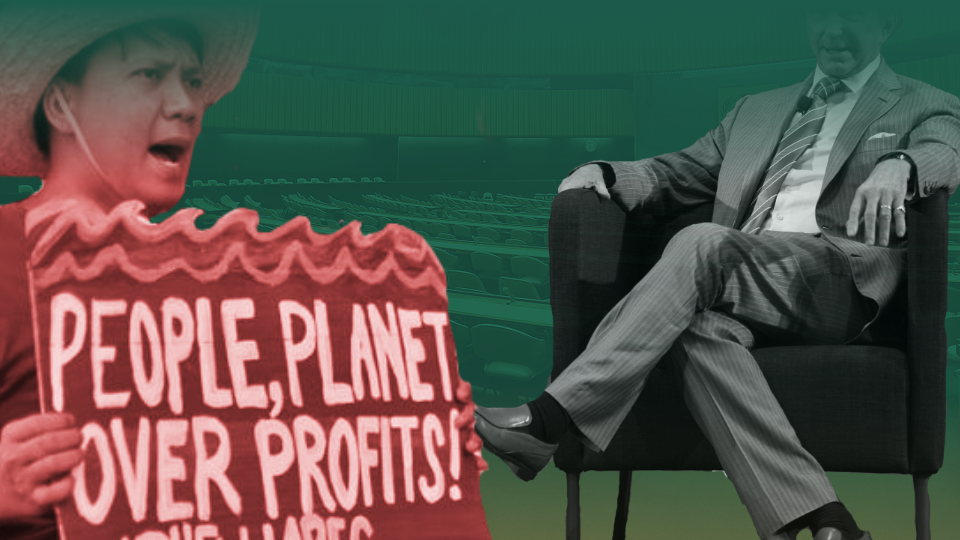 The third session of the Open-ended Inter-governmental Working  Group (OEIGWG) on Transnational  Corporations and Other Business Enterprises (TNCs and OBEs) with Respect to Human Rights[i] was held from October 23 to 27. This session was supposed to be for discussions on the elements of the binding treaty, with a draft prepared by the Working Group Chairperson last September.[ii] A fourth session has been reportedly set for 2018.

As described in a concept note for the first UN OEIGWG session, there is an “asymmetry” between the TNC “rights” and obligations, as there are no international instruments that obligate TNCs to respect human rights. Instead, they are only granted extensive leeway to operate under free trade agreements, bilateral investment treaties, and have the option to even file cases against states (under investor-state dispute settlement).[iii] The 2011 UN Guiding Principles on Business and Human Rights set out guidelines for states and business, but did not create “new international law obligations” and was faced with weak implementation.[iv]

Eighty-five percent of those who produce garments in sweatshops are women.[v]  In 2013, the Rana Plaza in Bangladesh collapsed and led to the deaths of women garment workers, during production inside a weakened factory building. Firms in Rana Plaza produced for Western retailers such as Walmart. Critics pointed to responsibility of big Western TNCs in driving developing country suppliers to a “race to the bottom,” leading to low wages and workplace risks such as that in Rana Plaza.[vi]

Such PPPs include those in Latin America and are associated with Brazilian TNC Odebrecht, one of which recently met a corruption scandal. A PPP to recover the Magdalena River in Colombia for navigation, by a largely Odebrecht-owned firm, failed to provide sufficient impact assessment and even left local communities unconsulted.[vii]

The would-be binding treaty aims to be an “international legally binding instrument to regulate [TNC and OBEs’ activities], in international human rights law.”[viii] The elements for the draft treaty, prepared by the Chairperson of the UN Working Group, aims to put into the center the states’ responsibility and obligations of TNCs.Being a prospective legally binding treaty, the draft proposes ratification, accession and provisions on entry-into-force as elements to be considered.

Such obligations for states, at national level, have the purpose of ensuring “civil, administrative, and criminal liability” especially of TNCs and addressing possible violations of human rights. To do this, proposals included obligating states to enact legislation in their own countries, such as strengthening or creating penalties for abuses, while also addressing the fact that TNCs have the “big economic power” to limit justice.

“For long, TNCs and their subsidiaries – backed by big financial enterprises and interests – have been the main actors of neo-liberal globalisation, of monopoly capitalism. On the flip side, for the sake of squeezing profits and natural resources they have impoverished peoples from the global South, violated peoples’ right to economic, political and socio-cultural development on their own terms,” according to Tujan.

The draft proposes that the would-be binding treaty apply to companies under a state’s jurisdiction[ix], including subsidiaries, with the additional proposal that there should be no privileges for companies with state contracts.

In West Papua, an Indonesian subsidiary of the U.S. mining firm Freeport has been extracting minerals to export for decades. Many have decried how the benefits from the West Papuan soil have not been for the development of West Papuan indigenous peoples. The rise of corporate investment in African agriculture during the global food crisis, from G8 countries[x] and their multinational agribusiness corporations, has displaced smallholder farmers and pastoralists.[xi]

The lives of activists who defend land and environment against mining, logging, agribusiness companies are also at risk. According to one report, 132 land and environmental rights activists have died in Brazil since 2015, with the Philippines being the second in the list with 75 recorded deaths.[xii]

Tujan remarked that all these could only happen under conditions of lessened or lack of regulatory power against TNCs. “Setting back regulation of TNCs and their subsidiaries in developing countries has been part of the neo-liberal agenda. Establishing effective regulation of TNCs is crucial, albeit a small step. Peoples will have to urge the dismantling of neo-liberalism at its foundations and so we should be cautious on merely giving TNCs an acceptable appearance.”

The first and second sessionsof the UN Working Group towards a “binding treaty” to make TNCs accountable to human rights were held in 2015 and 2016, respectively. These sessions were devoted to deliberations on the “content, scope, nature and form“ of the would-be binding agreement, with the third session focusing on the elements
of the previously-released draft.

To ensure implementation and monitoring of state and TNC obligations, the said draft also points to either creating national-level mechanisms, or entrusting such functions to national human rights institutions and Ombudspersons. At international level, the draft proposes that state parties decide on necessary “judicial and non-judicial” mechanisms – for instance, an “International Court on TNCs and Human Rights”, or a “Committee on the issue of Business and Human Rights.”

Proposals in the draft also included compelling states to “strive to ensure” that international organisations (including regional groupings) not adopt decisions that harm treaty objectives, with the supposed primacy of “human rights obligations over trade and investment agreements.”

Civil society organisations under the broad Treaty Alliance is monitoring the sessions in the UN. Earlier this year, the alliance released a statement calling states to participate actively in the sessions. IBON International is a signatory to the said open statement.Various organisations have also submitted their comments to the previously-released draft elements to the treaty.

On the prospects of the treaty currently under negotiation, Tujan commented: "Peoples and their organisations should look into the limitations, but more importantly the possibilities of such a binding treaty against corporate power, especially if the CSO push produces success. Whatever outcome may result, it is the peoples’ collective action in the global South that remains important in asserting the accountability of TNCs that attack peoples' rights.”

Tujan added, "CSOs and peoples will have to keep a watchful eye for large industrialised countries that will likely want to block or at least water down a proposed legally binding treaty. We must remember that the prospective treaty will still undergo a lengthy process in which big corporate interests might intervene.”

Tujan also stressed the urgency of resisting corporate power today: “Compelling these TNCs to put people over profits is as important as ever, given new threats to even bolster corporate power,through the WTO which will have its 11th Ministerial this year; free trade agreements such as RCEP and the ‘zombie’ TPP in the Asia-Pacific, EPAs in Africa; and PPPs as promoted by states and multilateral actors such as the World Bank Group."

The UN process started in 2014, when the UN Human Rights Council adopted a resolution towards an “international legally binding instrument” to regulate transnational corporations “and other business enterprises.”[xiii]###

[viii]See Resolution 26/9 of the UN Human Rights Council, on the “Elaboration of an international legally binding instrument on transnational corporations and other business enterprises with respect to human rights”. http://ap.ohchr.org/documents/dpage_e.aspx?si=A/HRC/RES/26/9

[ix]Companies under a state’s jurisdiction “could  be  understood  as  any TNC and OBE which has its center of activity, is registered or domiciled, or is headquartered or has substantial activities in the State concerned, or whose parent or controlling company presents such a connection to the State concerned.”

[xi]See GRAIN “The G8 and land grabs in Africa.” https://www.grain.org/article/entries/4663-the-g8-and-land-grabs-in-africa

[xii]See Ulmanu, Monica, Evans, Alan and Georgia Brown. 2017. “The Defenders: 158 environmental defenders have been killed so far in 2017.” https://www.theguardian.com/environment/ng-interactive/2017/jul/13/the-defenders-tracker

[xiii]See Resolution 26/9 of the UN Human Rights Council, on the “Elaboration of an international legally binding instrument on transnational corporations and other business enterprises with respect to human rights”. http://ap.ohchr.org/documents/dpage_e.aspx?si=A/HRC/RES/26/9