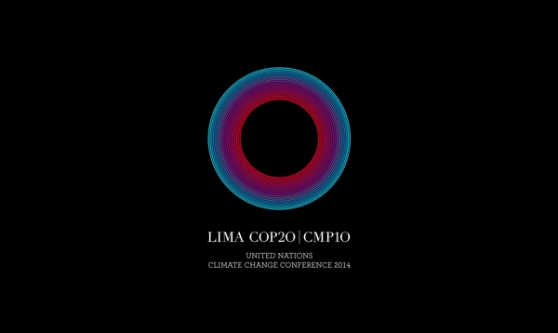 IBON INTERNATIONAL UPDATE 5
Climate COP, 6 Dec 2014, Lima Peru
[[{“type”:”media”,”view_mode”:”media_large”,”fid”:”429″,”attributes”:{“alt”:””,”class”:”media-image”,”height”:”286″,”style”:”text-align: center; width: 350px; height: 209px; float: right;”,”typeof”:”foaf:Image”,”width”:”480″}}]]
The twentieth meeting of Parties to the United Nations Framework Convention on Climate Change (UNFCCC COP 20) is taking place from December 1­-12th in Lima, Peru. Expectations are high that this year’s Climate Summit will make significant inroads to bring the Parties to agree on a draft text to be negotiated and agreed on in Paris in 2015, and which will inform the international community’s response to the increasing urgency for climate action. More pressure than ever before rests on this COP ending with a meaningful outcome, and the host government Peru stressed this message at the opening of COP 20 in saying that ‘success in Lima will determine success in Paris.’ But what is really at stake here? What does a ‘successful outcome’ actually mean for the different actors in this intergovernmental process?
The two-week negotiations are focused on the Durban Platform for Enhanced Action (referred to as ‘ADP’), a process aimed at developing ‘a protocol, another legal instrument or an agreed outcome with legal force' that will apply to all countries from 2020 onward. This covers a whole range of critical issues around the level of ambition for reducing global greenhouse gas emissions (mitigation), addressing the impacts of climate change (adaptation) and how these will be resourced (climate finance), as well as information on just how each country plans to contribute to that agreement (Intended Nationally Determined Contributions or INDCs). There are also negotiations on a number of issues such as implementation of existing climate agreements, accounting of emissions from different sectors of the economy, and carbon trading.
However, early indications are ominous. Amid a common message from both developed and developing countries that an ‘atmosphere of trust and cooperation’ is crucial in ensuring a successful and credible outcome at Lima, the first week of COP 20 has been saddled by intense debates over seemingly process issues that actually reflect huge political divides among the Parties.
Developing countries have complained over the lack of transparency, and decried attempts by the ADP co-chairs (Kishan Kumarsingh of Trinidad and Tobago, and Artur Runge-Metzger of the European Union) to undermine what is supposed to be a Party-driven process. The co-chairs have produced a ‘non-paper’ (by definition, this is a discussion paper which is not to form a part of the formal business, especially in the United Nations), as basis for the discussions on the Durban Platform. Developing country representatives have criticized this non-paper for being unbalanced, focusing heavily on mitigation, and without upholding so much the Convention’s foundational principle of Common But Differentiated Responsibility and Respective Capacity (CBDR-RC). Members of the Group of 77 and China (a coalition of 133 members from developing countries, negotiating as a bloc under the current chairmanship of Bolivia) have made strong statements against this, and said that ‘any attempt to reinterpret the Convention and its principles will not be acceptable.’
Fault lines between developed and developing countries are so pronounced that even as serious concerns over process have yet to be resolved, developed country Parties have made their position clear that conditions in the world have changed so much since the time when the Kyoto Protocol was signed, and whatever global climate agreement that is to be agreed upon needs to reflect these changed context. The US, EU, Canada, Australia and Japan, in particular, have been very vocal that any agreement for instance, on emissions reduction and financing needs to be applicable to all countries, regardless of their level of development.
Host government and COP President Peru, met with representatives of civil society last December 5th to hear their feedback on the process by far, as well as expectations of the COP 20. COP 20 President-Designate Manuel Pulgar-Vidal said his team was committed to have a strong outcome by the end of next week, and have been working earnestly with the co-chairs and others in order to deal with the impasse.
And so the question on how (if ever) some of these sticky issues will be resolved in next week’s heightened negotiations remain to be seen. This, as the Philippines is being lashed by super typhoon Hagupit, the 18th weather disturbance to hit the country this year, and the third consecutive year that this is happening at the same time as the climate summit.
Time is clearly running out. The world cannot afford half-measures or half commitments. ###
Tags: climate change, climate talks, COP20, Lima, Peru, UNFCCC