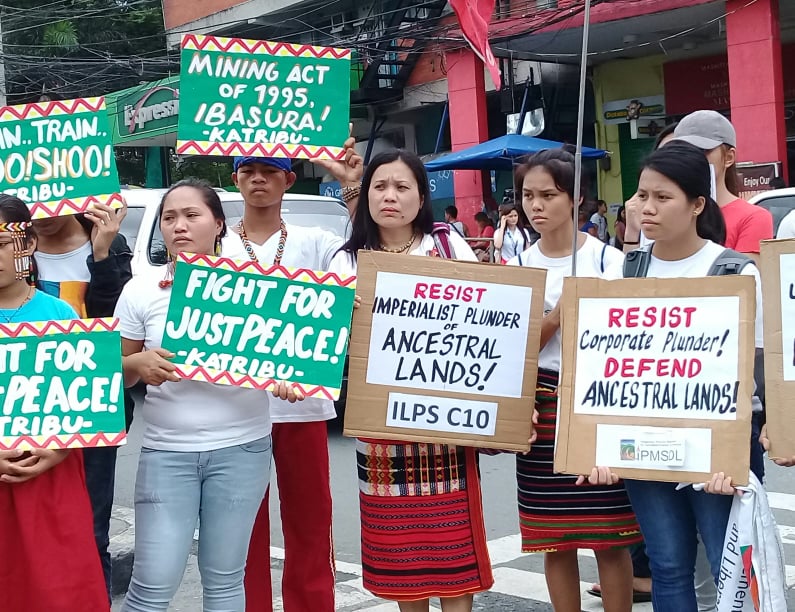 The 2018 International Day of the World’s Indigenous People’s Day aims to shed attention to the “root causes” of displacement and migration, according to the United Nations.

Stories of displacement from ancestral lands abound in the global South, usually linked to “development” aggression and rights violations committed by state forces.

Iron fists of the military, corporations

In Preah Vihear, Cambodia, at least 20,000 Kuy people had been displaced from their lands due to operations of the Chinese corporation Hengfu Group Sugar Industry Co., Ltd. The Cambodian government has granted more than 42,000 hectares to Hengfu subsidiaries, as cited by the People’s Coalition on Food Sovereignty.[i]

In Surigao del Sur in the Philippines, around 1600 Lumad indigenous peoples were displaced last July 2018 and were only able to return to their communities on August 8. They attributed their eventual return to their “unity and with help from so many people.” They fled their towns in July due to increasing military encampment. Flow of humanitarian aid and media access in their areas of refuge were restricted by state forces.

“We felt joy beyond measure upon knowing that the 75th IBPA who lived and encamped for more than a month in our communities has really left,” said Malahutayong Pakigbisog Alang Sumusunod (MAPASU — Persevering Struggle for the Next Generation) in a statement on August 8.[ii]

The struggle of indigenous rights defenders

Brazil and the Philippines lead the list of countries with the highest number of killings of rights defenders in 2017, according to Global Witness. Among those killed include rights defenders for land and the rights of indigenous peoples.

In March 2018, the “first binding regional agreement” on “access to information, public participation and justice” was adopted by 24 countries in Latin America and the Caribbean (LAC). The treaty, which has a provision on protecting “human rights defenders in environmental matters,” will be open for the signatures of LAC countries starting September 2018.

In the second-worst country for rights defenders, the Philippines, members of indigenous peoples’ organisations remain at risk through their malicious inclusion in a government petition to classify more than 600 names as “terrorists.”

Recent developments at court level include four individuals being cleared from the government listing.[iii] People’s organisations and concerned lawyers groups continue to call for the scrapping of the government petition.[iv]

No social, economic justice without self-determination

“Corporate plunder and the iron hand of state forces curtails indigenous peoples’ right to participate in their own economic life and development,” according to Amy Padilla, director of IBON International. The response, said Padilla, remains the “assertion of genuine people’s ownership of political and economic processes that ultimately affect the people’s welfare.”

“We celebrate this day in light of the several battles we championed against the two major perils we face – the intensifying entry and operations of transnational and multinational corporations, and the ever-worsening human rights violations against IP rights defenders,” they added.