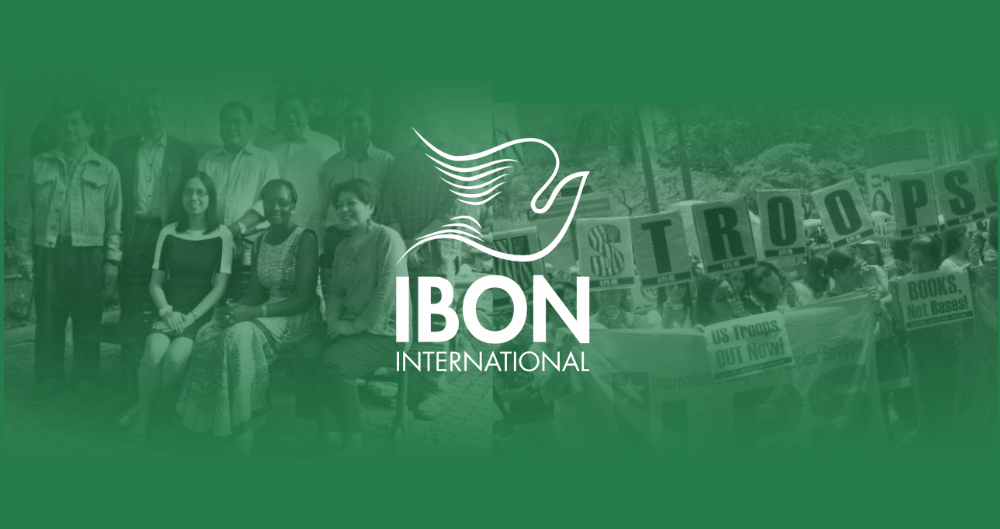 October 20, 2017 (GMT+8) — IBON International will hold a Board of Trustees (BOT) meeting on November 15. Held annually since 2015, this will be the 3rd meeting of the BOT. The 2nd General Assembly for the organisation’s foundation will be held on the succeeding day, November 16.

The BOT meeting will discuss the achievements and challenges for the organisation, as it concludes the second year and marches onward to the third year of the implementation of its 2016-2020 strategic plan, working with peoples to build rights-based and people-powered democracy. The meeting’s proceedings will be reported to the General Assembly in the succeeding day, with propositions raised during the meeting for Assembly approval.

This November, IBON International and other peoples’ organisations/civil society organisations from around the world will also engage in the global campaign in resisting U.S.-led wars and building just peace. Convened by the International League of Peoples’ Struggle (ILPS), they will hold an international conference for the campaign on November 10, and also formally launch a network to forward the banning of foreign military bases especially in the global South.

Other events related to the said campaign will be a people’s forum organised by the Filipino umbrella organisation BAYAN (New Patriotic Alliance) on the 11th; a people’s caravan to critically engage the ASEAN and the East Asian Summit (EAS) on the 12th and 13th; and an international solidarity mission by the International Coalition for Human Rights in the Philippines (ICHRP) from November 16-24.

BAPA+40 ends with no commitments, without heeding civil society

COP 20 Side Event: Advancing the Agenda for Development Justice in the Post-2015 World

In Defense of People's Rights (March-June 2013)