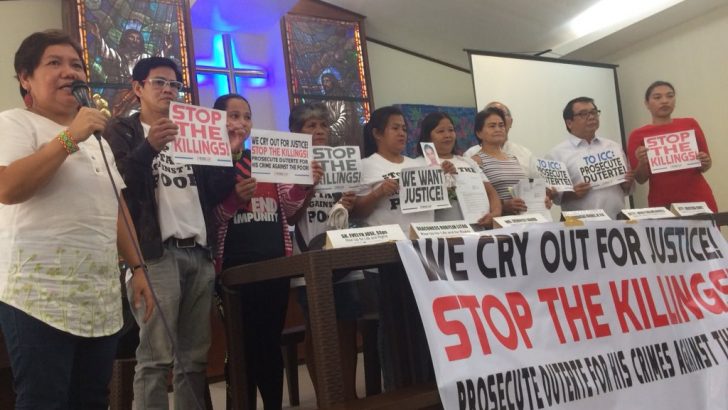 This statement was submitted in May 2021 for the 47th Regular Session of the United Nations Human Rights Council (UNHRC), particularly to the Independent Dialogue with the Special Rapporteur (SR) on freedom of assembly and association. The dialogue would tackle the SR report on “Access to justice as an integral element of the protection of rights to freedom of peaceful assembly and association.” The 47th Regular Session of the UNHRC opened on 21 June and will hold discussions until 13 July. The UNHRC Regular Session opens less than a week since the International Criminal Court heeded victims and their families’ request for an investigation of the “war on drugs” campaign under Philippine President Rodrigo Duterte, after a preliminary examination showed that there is “reasonable basis to believe that the crime against humanity of murder has been committed” in relation to the campaign.

As the UN HRC holds a dialogue on the report of the Special Rapporteur on freedom of assembly, particularly in relation to access to justice, IBON International calls attention to intensifying state repression and closing civic and democratic spaces in the Philippines.

At the forefront of the current administration’s major policies is a brutal counter-insurgency programme that targets activists, human rights defenders, people’s organisations, civil society and anyone who dares to criticise those in power. The National Task Force to End Local Communist Armed Conflict (NTF-ELCAC) was created to lead the counter-insurgency programme with a multi-billion-peso budget. Orders from the President heightened militarisation in several provinces. The draconian Anti-Terrorism Act (ATA) was railroaded in 2020 amid the pandemic, systematically criminalising even the exercise of basic civil-political rights.

The administration’s capture of all government branches of the Presidential system enables it to wage systematic attacks on the freedom of assembly and association. It weaponises the law against the people, arresting them en masse using dubious warrants and detaining them on trumped-up charges, such as what happened against six unionists and a journalist on International Human Rights Day in 2020. In June 2020, a march for LGBTQ+ rights was violently dispersed by the police; twenty people who participated in the action were illegally arrested and detained. In February 2021, 26 Indigenous Lumad students, teachers and elders were also illegally arrested at a university where they took refuge, away from their militarised communities in Mindanao. In March 2021, several human rights defenders and community organisers were arrested in various provinces all over the country. To date, four political prisoners have already died during the pandemic, including another elderly peasant leader who died in early May due to COVID-related complications contracted during detention.

Weaponisation is best encapsulated in the Anti-Terrorism Act which treats various forms of civic action as “terrorism,” especially targeting the sectors working on rights issues. Eleven youth activists were illegally arrested in Zambales province on a Labour Day action this year. Two Indigenous Aeta People were the first slapped with false charges and illegally detained under the law since August 2020, after they were wrongfully accused of firing against military forces when they were fleeing their militarised community. They initially filed a petition against the ATA through the legal counsel of a progressive lawyers’ group. But the government unilaterally took over as their new legal representatives to retract the said petition, instead of just junking the baseless charges. Religious organisations involved in humanitarian work are also targeted – their operations were paralysed through asset freezing, or else they are slapped with trumped-up charges.

IBON International strongly opposes the counterinsurgency programme and the ATA as these vilify and criminalise people’s organisations and movements working for civil-political, and economic, social, and cultural rights, and instil fear among people to suppress dissent. We reiterate the call to conduct an independent UN investigation on the state of human rights in the Philippines amid impunity, the failure of domestic accountability mechanisms and the systemic denial of justice to victims.

Perceived dissenters are vilified by the state by “red-tagging” them or accusing them of being fronts for rural-based communist armed movements. “Red-tagging” blurs the line between armed combatants, on the one hand, and civilians and legal, democratic organisations, on the other. Many activists who were red-tagged became targets of security operations, were considered “terrorists” in the eyes of the state, and were later killed. These include seven individuals tagged as terrorists in an earlier 2018 list of the Philippine justice department. Last March, following Duterte’s declarations to “ignore human rights” and kill communists, at least nine activists were massacred in a “Bloody Sunday,” including Indigenous People’s leaders and organisers in urban poor and fisherfolk communities, in joint police and military operations in the Southern Tagalog Region. Six others were also illegally arrested in the same operations. A union leader was also shot dead on the same month.

Even activists who launched mutual aid initiatives amid the government’s failure to address the economic crisis drew the government’s ire. Peace advocates face serious threats to their lives as they are designated as terrorists by the powerful Anti-Terrorism Council mandated in the ATA, in violation of their right to due process. Two former peace consultants in the negotiations between the Philippine government and the National Democratic Front of the Philippines were killed following the release of the recent terrorist designation list. The government’s counter-insurgency task force attempted to block a congressional hearing on the illegal arrest of students and teachers of a grassroots Indigenous school being tagged as anti-government.

The fixation on annihilating communist insurgents and its perceived affiliates has skewed government priorities in the face of health and economic crises that demand urgent people-centred responses. As a result, human rights and civic and democratic spaces are drastically eroded.

Aside from the administration’s weaponisation of various institutions to repress critics, daily realities also belie the government’s claims of functioning domestic mechanisms to address human rights violations committed under its violent drug war. Killings by state forces continue with impunity, sanctioned by incendiary rhetoric of top government officials. An 18-year-old with special needs was killed in late May by the police, for allegedly fighting back in an operation against illegal gambling.

The Philippine justice department’s initial report on the drug war, as required by Resolution A/HRC/45/L.38 on technical cooperation with the Council, excluded victims’ families, civil society, and the national rights commission from the process. The report, which only examined a “sample size” of the thousands of police killings, was exclusively available to the President. Justice has been inaccessible to victims’ families, and the public.

The international community needs to take a stronger stand on the dire rights situation and deterioration of civic and democratic spaces in the Philippines, towards pursuing our shared aspirations for democracy and social justice.

The Philippine police also continues to deny the national rights commission full access to police records of drug operations. The justice department expressed that it will only look into 61 cases reviewed by an internal department of the police out of more than 7,000 cases, as it has “presum[ed] that the rest were dismissed.” While tokenistic in character, the justice department concession is a result of tireless efforts of victims’ families and rights organisations. Work continues towards accountability, including through filing charges of crimes against humanity, now pending at the International Criminal Court.

But until now, only one case among thousands of killings has resulted in the conviction of state perpetrators at the national level. Police who were identified in drug war-related killings and rights violations were only reassigned in other locations, similar to the situation of those involved in political killings. A bill proposing amendments to drug laws that would further erode protection against those accused of drug-related offenses is being deliberated by a Senate committee led by a former national police chief who was the architect of the bloody drug war. Government actions on drug war-related killings and rights violations lack democratic participation and transparency, and ultimately, fail to deliver justice and redress to victims. These appear to be mere attempts to ward off growing international concern on the rights situation in the country, including a possible investigation at the International Criminal Court.

IBON International strongly opposes the counterinsurgency programme and the ATA as these vilify and criminalise people’s organisations and movements working for civil-political, and economic, social, and cultural rights, and instil fear among people to suppress dissent. We reiterate the call to conduct an independent UN investigation on the state of human rights in the Philippines amid impunity, the failure of domestic accountability mechanisms and the systemic denial of justice to victims.

We also urge states to oppose new restrictions, such as the Note Verbale of the Department of Foreign Affairs on clearing foreign funding support to civil society, and instead to halt military assistance to the government amid its rights violations. External loans and grants should comply with rights standards amid the state’s militarist COVID-19 response and the bloated budget for the counter-insurgency program. The international community needs to take a stronger stand on the dire rights situation and deterioration of civic and democratic spaces in the Philippines, towards pursuing our shared aspirations for democracy and social justice. #