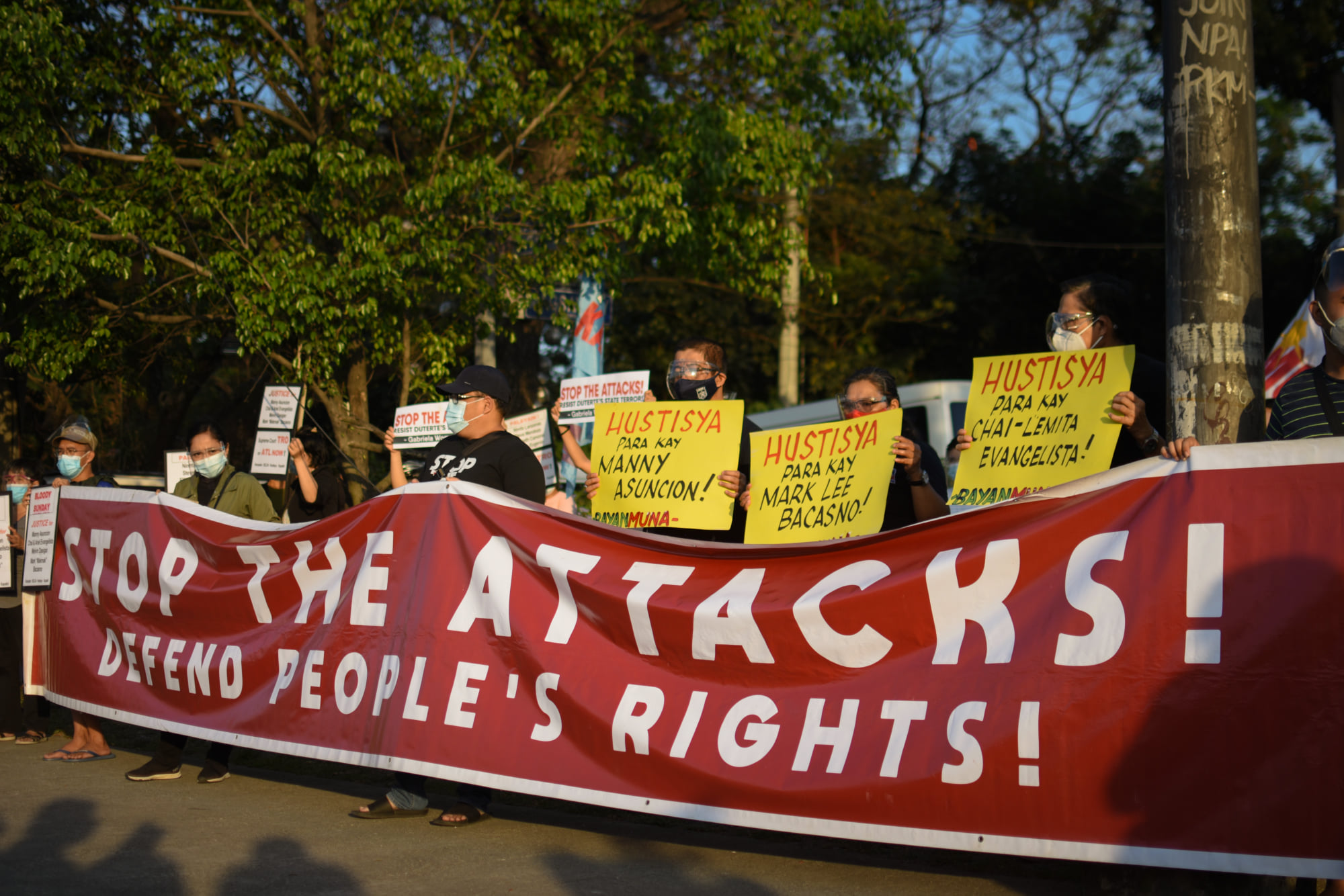 We join the Filipino people in welcoming the recent request of the ICC for an investigation on the bloody “war on drugs” of Philippine President Rodrigo Duterte. We also urge the international community to support people’s efforts such as Investigate PH, which amplify grassroots concerns and demands for accountability at the international level.

IBON International joins the Filipino people, rights organisations, and families of victims of rights violations in welcoming the recent request of the International Criminal Court’s (ICC) outgoing Chief Prosecutor Fatou Bensouda for a formal investigation on the bloody “war on drugs” of Philippine President Rodrigo Duterte. We view this ICC action as the fruit of the arduous work of the victims’ relatives, together with rights groups, and people’s lawyers, to seek justice and accountability. It is potentially a turning point amid the rapid erosion of human rights and the reign of terror under the Duterte administration. Announced days before the ongoing UN Human Rights Council (UNHRC) Regular Session, it sends a strong signal for the necessity of international accountability.

Five years since Duterte came to power, rights organisations’ estimates of the drug war death toll have not been officially acknowledged and are instead being glossed over. The number ranges from 12,000 to 30,000 – triple the government’s figures. Most of these deaths happened in urban poor communities, which have been disproportionately targeted in police operations.

The Philippine government has been trying to downplay this human rights crisis and is completely unresponsive to growing calls for accountability. It is even insisting that the current domestic justice mechanisms, despite being captured by the regime, are “working” to solve such cases of rampant and systematic rights violations. Moreover, extra-judicial killings have continued on pretexts of the anti-drug campaign: four people, including a senior citizen and a minor, were killed by the police in Biñan City, Laguna, and Nueva Ecija just two days after the ICC announcement, under the stale pretext of having “violently resisted” police operations.

We believe that the issues which the government “wars” claim to solve—drugs, crime, conflict—can only be addressed through people-centred development. Foundational shifts are required, such as abandoning neoliberal policies towards national industrialisation and genuine agrarian reform.

Evidently, the false war on drugs being waged by the Duterte administration is a war against dissent and against people’s rights through “counter-insurgency.” All of these “wars” are wars against the poor. Under the Anti-Terror Law during the COVID-19 pandemic, which maliciously labels civil society organisations and social movements as “terrorists”, state forces have already killed advocates such as Randy Echanis and Zara Alvarez, Dandy Miguel, among others. As of this writing, 328 farmers had been killed under the continuing militarisation in the countryside. Many Indigenous communities have also been displaced and untold violence are being inflicted on women and children. In early June, three Lumad, including a 12-year-old girl have been brutally murdered by state forces, their corpses mutilated.

IBON International joins rights groups and the victims of Duterte’s wars in urging the Pre-Trial Chamber of the ICC to make way for Bensouda’s request for investigation. We also call on incoming ICC Chief Prosecutor Karim Khan to continue the inquiry on the worsening human rights crisis in the Philippines. We urge international civil society, progressive parliamentarians, and rights organisations to support people’s efforts such as Investigate PH, which amplify grassroots concerns and demands for accountability at the international level.

Instead of the murderous state campaigns, IBON International believes that the issues which the government “wars” claim to solve—drugs, crime, conflict—can only be addressed through people-centred development. As an agenda geared to realise people’s social, economic, and cultural rights, it responds to the issues worsened by economic crisis and the pandemic today. Foundational shifts are required, such as abandoning neoliberal policies towards national industrialisation and genuine agrarian reform. To sustainably resolve today’s economic and rights crises in the Philippines and in other countries in the global South, we must do no less than tackle them at their roots. #