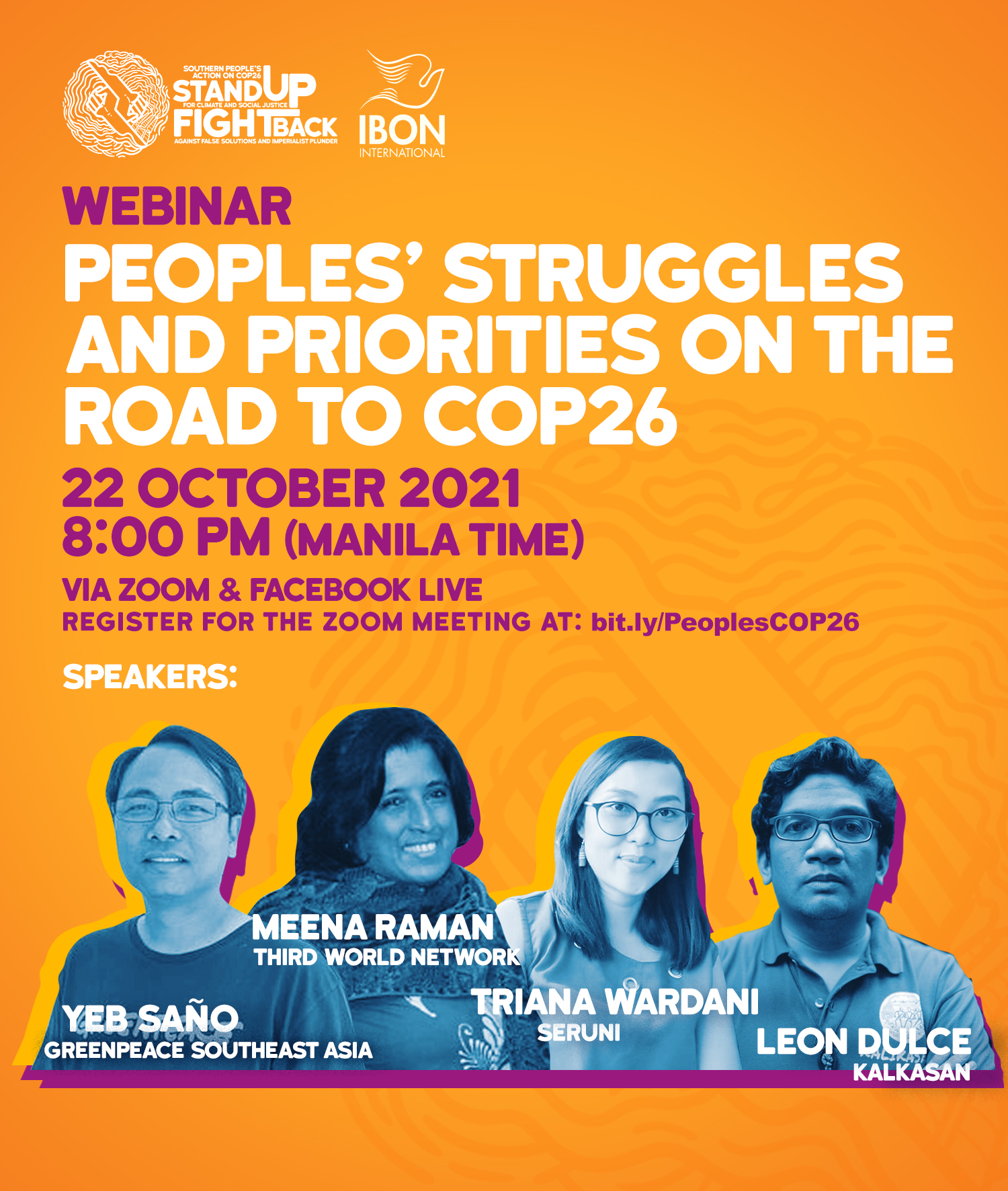 What is COP26, and why is it important? What is at stake in the negotiations for the people and planet? What are the key demands of the global South for climate and social justice?

Join IBON International for a webinar on October 22 where leading Southern voices share their perspectives on what COP26 must achieve to meet the needs of developing and climate-vulnerable countries.

Meena Raman is the coordinator of Third World Network’s climate change program and president of Friends of the Earth Malaysia. Meena served as an Active Observer of the Green Climate Fund from 2012 to 2015, and has actively participated in the UNFCCC negotiations since 2007.

Leon Dulce is the national coordinator of Kalikasan – People’s Network for the Environment. #

Save the Date: People's Solidarity Festival