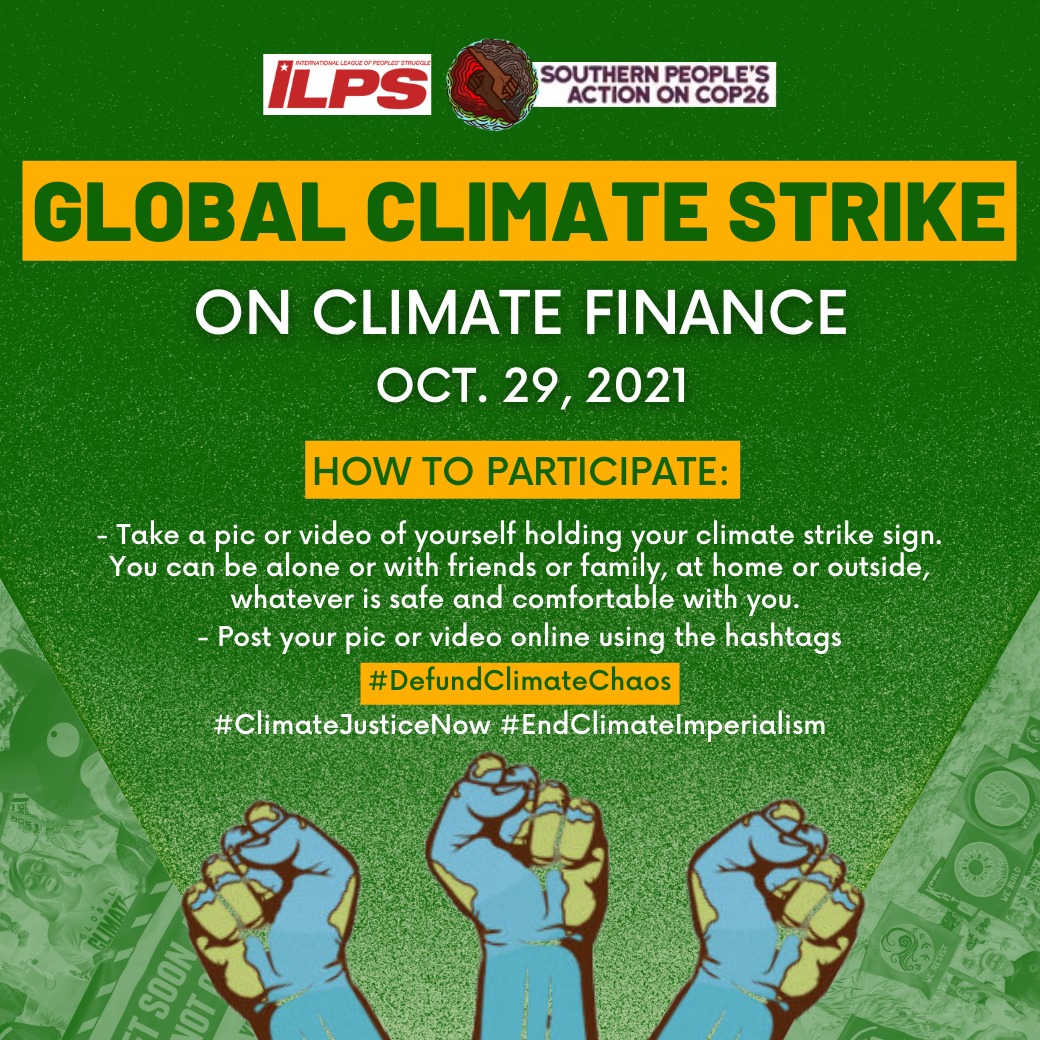 Climate finance: a matter of justice

Poor and underdeveloped countries need the finance to cope with the changing climate, transition to cleaner and more sustainable energy sources, and rebuild and recover their lives following weather disasters that are increasingly becoming more frequent because of global warming. The support needed to be mobilized for such purposes is called climate finance.

However, developed countries, which have built their wealth on the extraction of fossil fuels and have emitted the most greenhouse gases in the atmosphere causing global warming, have not fulfilled their promise to deliver 100 billion USD of climate finance per year by 2020 to developing countries.

Not only are developed countries failing to meet their funding obligations. About 80% of climate finance comes in the form of loans or private finance instead of grants. For communities crippled by debt and burdened by the pandemic, increasing debt further hampers their resilience and deepens the climate injustice.

Meanwhile, international financial institutions are still subsidizing the fossil fuels sector despite pronouncing otherwise. The World Bank Group has provided 12 billion USD in financing to fossil fuels since the Paris Climate Agreement, making it the worst actor of all the multilateral development banks. In 2020 alone, MDBs still directed more than 3 billion USD to fossil fuel projects. Most of this dirty finance is going to fossil gas, which is the fastest growing source of fossil fuel emissions globally.

Climate finance is also not going to communities and people that need it the most. Big mitigation projects such as development of renewable energy sources and so-called green infrastructure and transportation etc., that promise higher investment returns receive the lion share of climate finance. But actions to protect and build the resilience of communities and ecosystems from the worsening effects of climate change are not receiving enough support. Imperialist countries are also blocking the just demands of developing countries that are suffering from the unavoidable losses and damages due to climate change.

On October 29, the Southern Peoples’ Action on COP26 is calling for a global climate strike for a just climate finance. We need to mobilize and amplify our voices to demand reparations from polluters that are warming the planet, causing climate extremes, and amplifying social and economic injustices and inequalities.

Peoples’ Struggles and Priorities on the Road to COP26 (October 22)