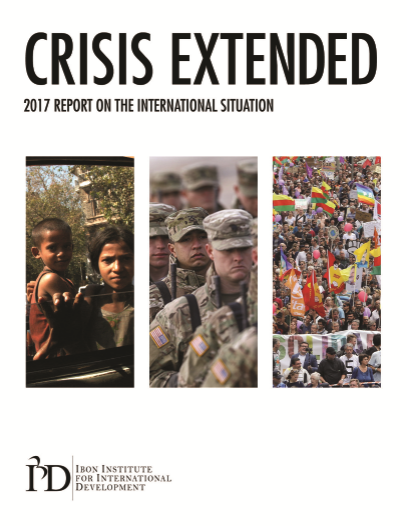 The world currently confronts instability that threatens the dominant economic order. A major factor has been the financial crisis of 2008. However, this crisis has its deeper roots in neoliberal globalization that dates back to the 1970s. Attempts to manage the crisis, rather than paving the path towards recovery, have in some ways simply redirected it.

Far from going unanswered, the worsening cyclical crises in the economy, the increasingly neo-fascist character of institutions of governance, and advancements in the forms of state violence that fracture communities and obliterate lives have provoked heightened awareness of the need for systemic change. Today, as a result of the globalized nature of these circumstances, one finds examples of people’s resistance and national liberation movements in both the North and the South.