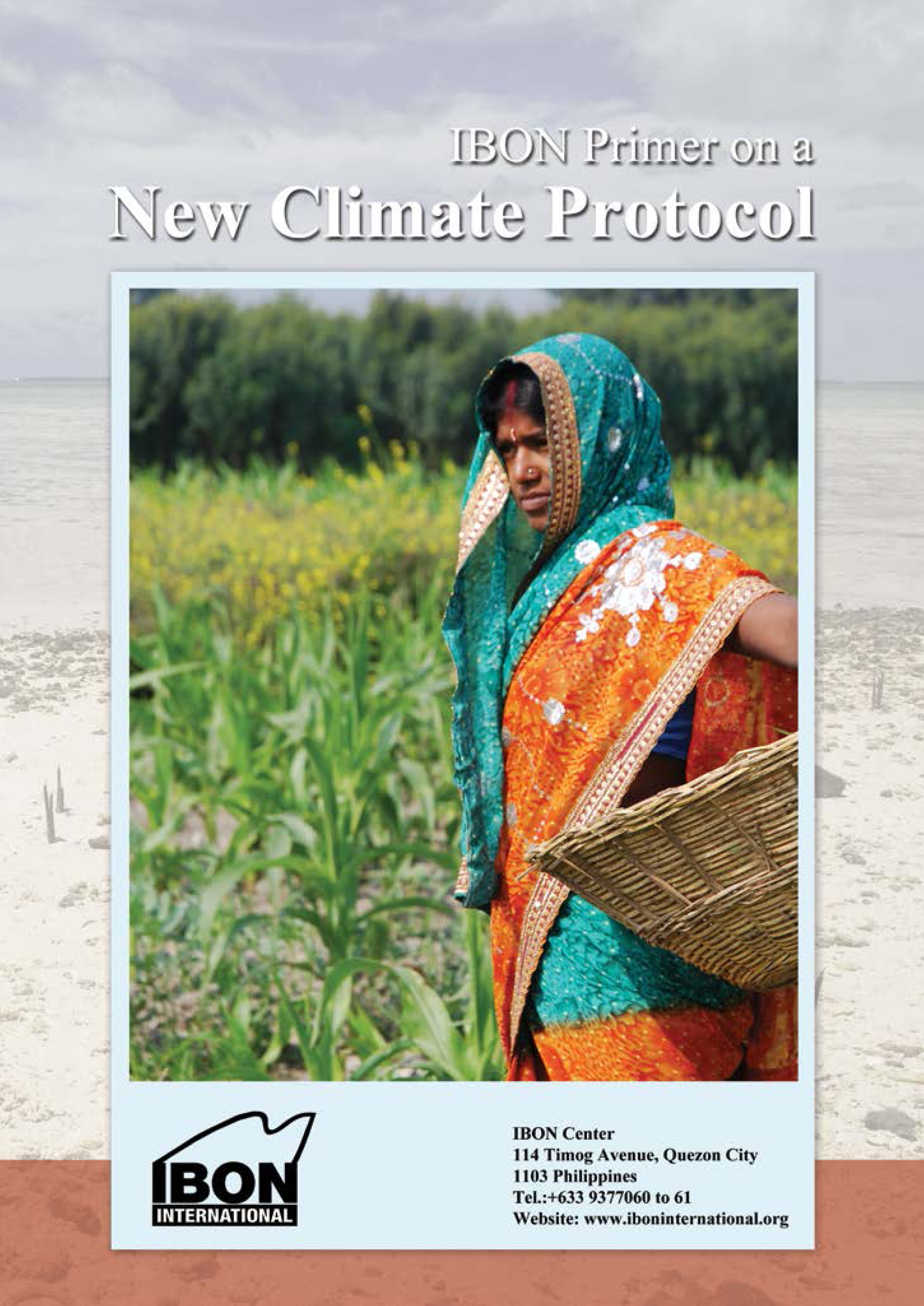 On December 2015, officials of states and global agencies will gather anew in Paris for the COP 21 to produce a draft text that will be the basis of a new global climate agreement to replace the diluted standards of the Kyoto Protocol.

The Paris talks will be under the watchful eyes of the world’s policy makers and advocates on climate and development, mass media, the scientific and academic communities, business, civil society, and the public at large. Comprehensive information about the unfolding climate talks helps ensure that all positions are aired and the interests of the world’s peoples, especially those in the impoverished global South most susceptible to climate change impacts, are upheld.

This IBON Primer on a New Climate Protocol offers a broad overview of the basic issues that shape the conflicts in forging a new climate protocol. It reviews the failings of the Kyoto Protocol in achieving the deep emissions cuts needed to stop global warming, and shows how industrialized countries led by the United States benefitted from the Protocol’s many loopholes.

This IBON primer revisits the various false climate solutions such as carbon markets and geo-engineering. It reasserts the basic principles of “common but differentiated responsibilities,” sustainable development and social justice, that must be included in the new protocol coming out of the forthcoming Paris climate talk.

Finally, this primer attempts to describe the various building blocks, including concrete and measurable targets in mitigation, adaptation, finance, and technology transfer, that need to be shaped and positioned to ensure that a new post-2015 climate protocol will indeed be a constructive tool for balancing the differentiated responsibilities of developed and developing countries, bringing about climate justice and broader social justice, and laying the groundwork for sustainable and equitable development worldwide.