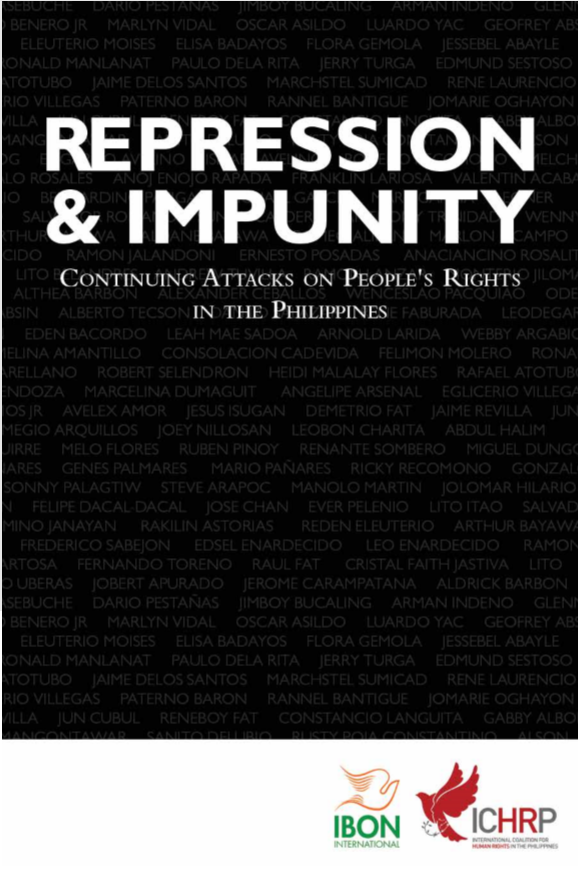 This volume, the third now in a series, consists of articles and analyses on the worsening repression, creeping fascist rule and impunity in the country; the continuing attacks on farmers and their organisations, church workers, alternative media, Lumad indigenous peoples, peace advocates and other sectors; the de facto Martial Law in large parts of the country and different forms of repression; and the dire prospects of just and lasting peace.

The ongoing attacks against people’s civil, political, as well as economic and social rights, are unfortunate testaments to a general assertion of this volume’s case stories and analyses: that the prolonged reign of impunity has been driven by the ever-deteriorating elite-led state institutions in the country.

This current volume would have achieved its objectives if it has managed to inform the reader – from people’s organisations, civil society, parliamentarians and state actors around the world – more concretely of the Philippine rights situation, the persisting norm of impunity and deterioration of institutions of the ruling elite, as well as provide insight on how Philippine organisations are steadfastly resisting the attacks.