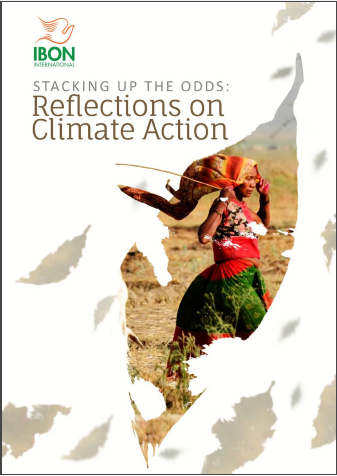 The Paris Climate Agreement, adopted in 2015, has generally been received with much enthusiasm by governments and others actors, although others did not share the same level of optimism and enthusiasm. Criticisms ranged from the inadequacy of the goals outlined in the Agreement, which analysts say do not measure up to the gravity and urgency of the problem as evidenced by science; while others point to the democratic deficit in the process of agreeing to the global goals as well as with countries coming up with their ‘intended nationally determined contributions’ (INDCs) to global climate action.
It has often been stated that the difference between success and failure of any development plan initiated by government is people’s participation and ownership. Leaving people in the sidelines of important policy and decision-making processes increases the probability of failure of any initiative. As the saying goes, ‘nothing about us, without us.’
To what extent do these important conversations include peoples on the ground, those already living the realities of the climate crisis and are struggling to keep their heads above the water?
This book offers the perspective of peoples from the ground as governments gear towards shaping and implementing their ‘intended nationally determined contributions’ (INDCs).
___________________
Contents
Chapter 1 — Climate Change and Constructing Alternatives:  Perspectives from Bolivia
Grupo de Trabajo Cambio Climático y Justicia de Bolivia
Chapter 2 — Whose Reality Counts? An Analysis of Kenya’s Frontline Communities’ Experiences of the Climate Crisis
Fahamu
Chapter 3 — INDC of the Government of Nepal to  Mitigate and Adapt to Climate Change
Campaign for Climate Justice
Chapter 4 — The Philippine Case: In Search of Coherence,  Resilience and Justice
Center for Trade Union and Human Rights
Chapter 5 — Climate Change: A Clear and Present Danger