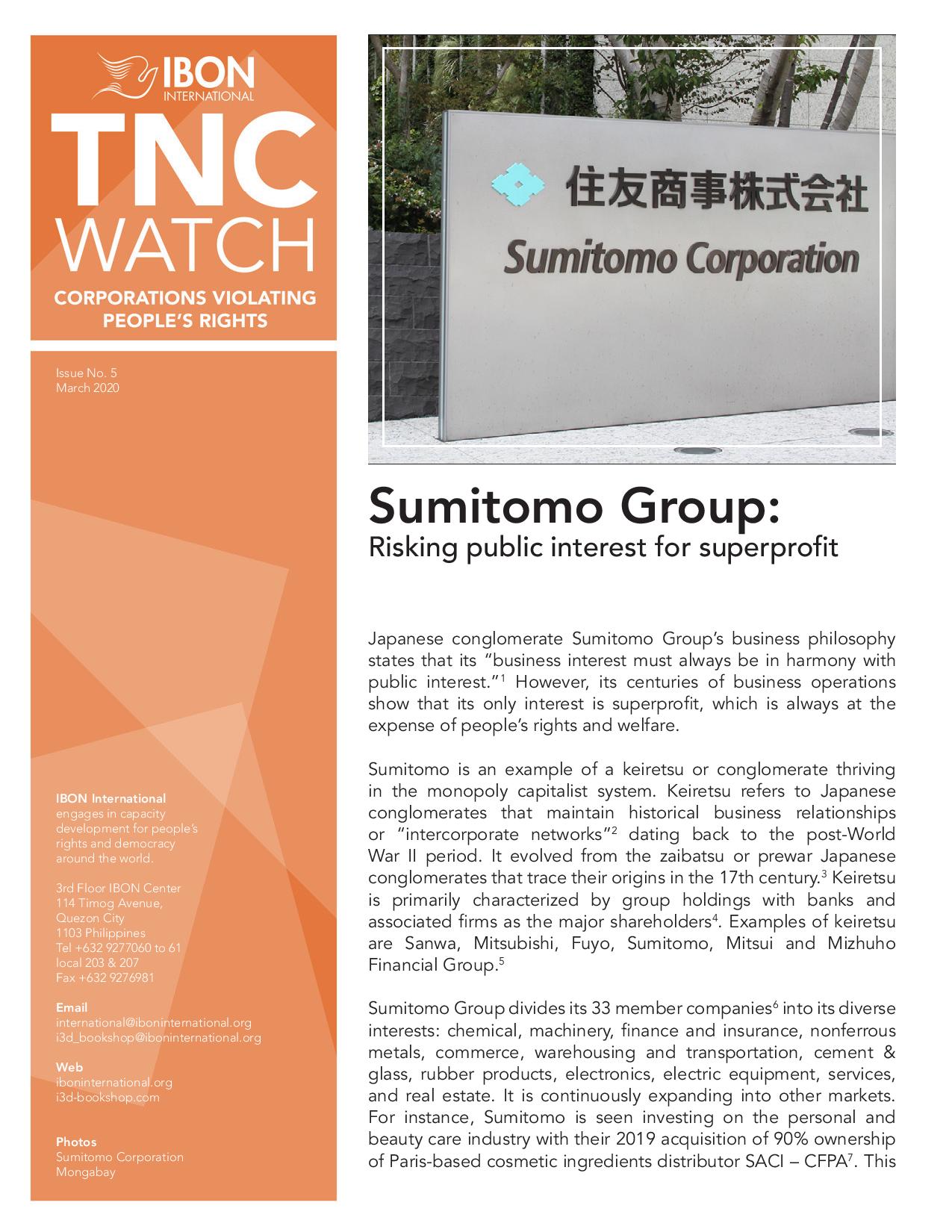 Japanese conglomerate Sumitomo Group’s business philosophy states that its “business interest must always be in harmony with public interest.” However, its centuries of business operations show that its only interest is superprofit, which is always at the expense of people’s rights and welfare.

Sumitomo Group is an example of a keiretsu or conglomerate thriving in the monopoly capitalist system. Keiretsu refers to Japanese conglomerates that maintain historical business relationships or “intercorporate networks” dating back to the post-World War II period. It divides its 33 member companies into its diverse interests: chemical, machinery, finance and insurance, nonferrous metals, commerce, warehousing and transportation, cement & glass, rubber products, electronics, electric equipment, services, and real estate. Each member company be described as a conglomerate as each owns hundreds of companies that operate in a plethora of industries.

Sumitomo Group has built its wealth on the destruction of the environment, and the dispossession and historical exploitation of indigenous peoples, farmers, fisherfolk, workers, and women. But throughout its 400-year history, people’s organizations and civil society have consistently opposed the corporation’s exploitative practices and asserted people’s rights to fair wages, safe working conditions, a healthy environment, and people-centered development.