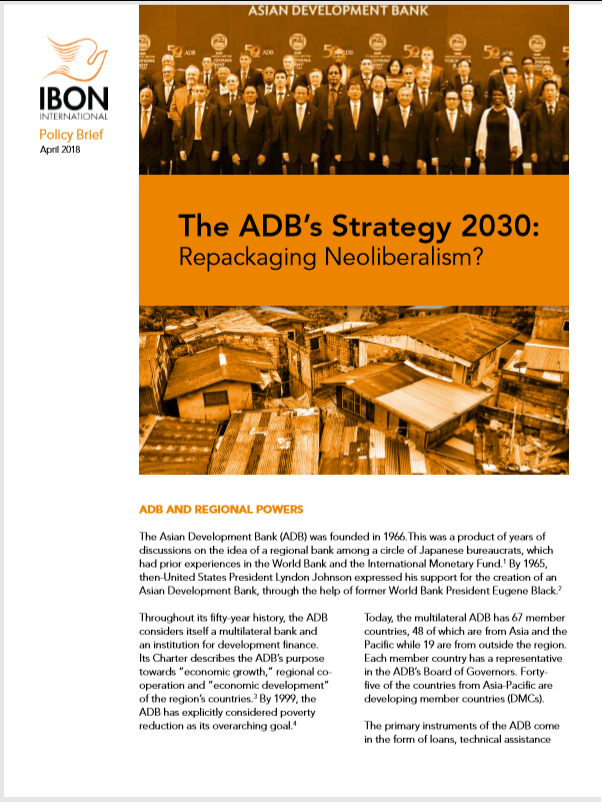 Throughout its fifty-year history, the ADB considers itself a multilateral bank and an institution for development finance. Its Charter describes the ADB’s purpose towards “economic growth,” regional co-operation and “economic development” of the region’s countries. By 1999, the ADB has explicitly considered poverty reduction as its overarching goal.

Until today, the ADB forwards the greater role for the private sector in development – which in theory includes small and medium enterprises (SMEs), but in practice serves more as shorthand for transnational corporations (TNCs) and domestic elites. The bank also forwards Public-Private Partnerships (PPPs) as a model for infrastructure and services.

The ADB held its 51st Annual Governors’ Meeting in Manila, Philippines from 3 to 6 May 2018. Aside from the Board of Governors, “stakeholders” such as businessmen, bankers, government officials and civil society organisations from the bank’s member countries are expected to attend.