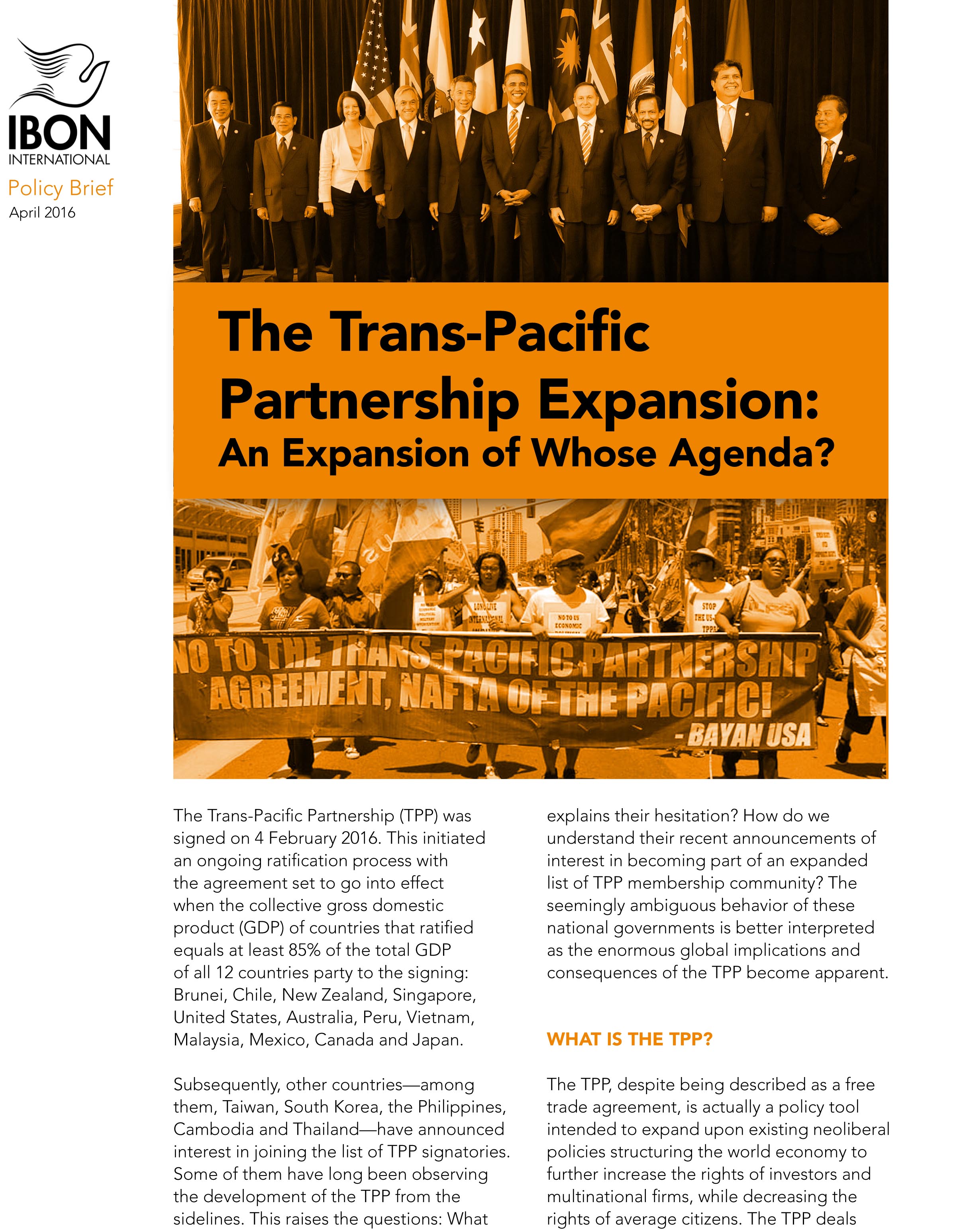 The Trans-Pacific Partnership (TPP) agreement was signed on 4 February 2016. This initiated an ongoing ratification process with the agreement set to go into effect when the collective gross domestic product (GDP) of countries that ratified equals at least 85% of the total GDP of all 12 countries party to the signing: Brunei, Chile, New Zealand, Singapore, United States, Australia, Peru, Vietnam, Malaysia, Mexico, Canada and Japan.

Subsequently, other countries—among them, Taiwan, South Korea, the Philippines, Cambodia and Thailand—have announced interest in joining the list of TPP signatories. Some of them have long been observing the development of the TPP from the sidelines. This raises the questions: What explains their hesitation? How do we understand their recent announcements of interest in becoming part of an expanded list of TPP membership community?

As this policy brief explains, the TPP agreement seeks to advance business standards in the Pacific region such as to contribute to continued US hegemony. One part of the motivations of late aspiring TPP members is to attain some degree of benefit for certain business interests within this “Asia Pivot” framework, another significant part of these motivations has to do with fear of consequences arising from non-participation, and yet another is tied to military strategies that stand to benefit from increased coordination among members that the TPP would permit. These motivations suggest an inclination of states to respond to the interests of particular classes of actors, notably investors and multinational firms, while neglecting to give due consideration to the devastating consequences to be faced by the majority of actors in the world economy.