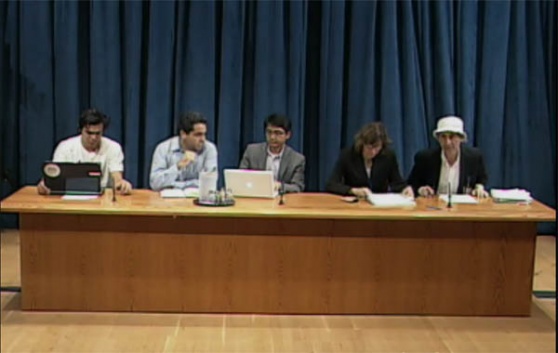 NEW YORK—A civil society representative from IBON International expressed fears that the much-touted package of green strategies for sustainable development, or Green Economy, is being handed over to big business and would be “disastrous for people and the environment.”

In a press conference discuss the role of businesses, NGOs and youth organizations in the Green Economy, Paul Quintos also reiterated civil society’s call to states to promote community-based diverse economies, strictly regulate corporations, and pursue “fundamental reforms in global economic governance, not just environmental governance.” The press conference, sponsored by the UN Department of Economic and Social Affairs, was held at the UN Headquarters on May 4, 2012. Quintos’ remarks are as follows:
One of the main themes, if not the main theme of the upcoming UN Conference on Sustainable Development in Rio this coming June is the Green Economy.
Many civil society organizations, particularly those of us from the Global South and including those gathering for the Peoples Summit in Rio, remain deeply uncomfortable with the “green economy” concept as elaborated  not just here in these informal consultations but also in G20, in OECD, and others.
If you look at the trend in the discussions here and indeed in most other multilateral negotiations today, there is great reluctance on the part of governments to make concrete commitments to do anything ambitious whether in terms of cutting greenhouse gas emissions or creating green jobs or achieving universal social protection.  There is even more reluctance to back up whatever minimal ambitions there are on the table with funds or technology transfer or other means of public support.
This is why there is a lot of emphasis on the role of the private sector in the Green Economy.  On the other hand, the public sector role is being reduced to providing an enabling environment for the private sector, and less about ensuring that private sector is accountable to social and environmental goals, not just the bottom line.
Proposals for strengthening corporate accountability, for instance, are being opposed by some powerful member states.  They would rather settle for voluntary commitments from the business sector for instance; they would rather stick to technology transfer that is on mutually agreed terms, which means respecting restrictive intellectual property rights of corporations.
There is also the stress on market-based mechanisms for the green economy, which includes trading of carbon, forests and biodiversity and water.  In the experience of many communities, such schemes further privatization, commodification and financialization of nature and ecosystem functions.  These in turn lead to further concentration of control over nature, displacement and marginalization of communities most dependent on access to these resources, as well as greater financial speculation.
To sum up, we fear that the Green Economy is being handed over to businesses.  We believe that a Green Economy that follows primarily the profit-oriented logic of corporate and financial interest would be disastrous for people and the environment.
So we reiterate our call to member states:
1.  We should be promoting diverse sustainable economies that are grounded on communities, community-based ownership and stewardship of nature and ecosystems.
2.  We also call on governments to adopt a strong regulatory framework for large corporations with mandatory reporting requirements and accountability mechanisms rather than relying on mere voluntary commitments or corporate social responsibility.
3. We call on governments, developed countries in particular, to pursue fundamental reforms in global economic governance, not just environmental governance.  This should include reforms in international financial architecture, in multilateral trade rules, in IPR rules, and so on. This should free up resources for undertaking sustainable development following the principle of equitable burden sharing and common but differentiated responsibility and respective capability.
Tags: corporate accountability, green economy, UN

The Future of Food (January-February 2011)

South-South Cooperation: From resistance to neocolonialism, towards genuine people’s development