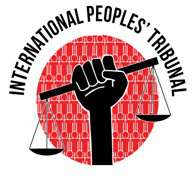 [[{“type”:”media”,”view_mode”:”media_large”,”fid”:”947″,”attributes”:{“alt”:””,”class”:”media-image”,”height”:”320″,”style”:”width: 350px; height: 233px; margin: 5px; float: right;”,”typeof”:”foaf:Image”,”width”:”480″}}]]WASHINGTON DC– Nearly 200 flocked to Catholic University of America yesterday for the opening of the International Peoples’ Tribunal (IPT) on the Philippines. Victims and families of victims of gross human rights abuses from the Philippines travelled to DC to testify in front a distinguished panel of jurors that include Azadeh Shahshahani, president of the National Lawyers Guild; Camilo Bustillo-Perez, prominent Latin American human rights advocate, author, and lecturer; and Reverend Molofe Tsele, a minister with the Evangelical Lutheran Church in South Africa and former South African Ambassador.

“There is structural evil in our country,” testified Bishop Solito Toquero of the United Methodist Church and professor at Union Theological Seminary in Manila. Toquero recalled an encounter with the police in 2012 during the State of the Nation Address of President Benigno Aquino III, where police intimidated and violently dispersed a contingent of seminarians he mobilized from his class who were seeking to enter Congress.

“We marched with the most marginalized in our country because we wanted to hear the real state of the nation from their point of view as the poor. It is the mission of Christ to be in solidarity with the poor, the voiceless,” Toquero continued. “Not only to minister to them, but to
be with them.”

Toquero described how their contingent was met with violence from the police despite their attempts to peacefully dialogue with them. Toquero and several of his colleagues were brutalized and sent to the hospital that day. Weeks later, Toquero was subpoenaed by the
government with charges of sedition and rebellion.

In another testimony, Coy Gemarino recounted the extrajudicial killing of her husband, fair trade activist Romy Capalla, in March 2014 by Philippine state forces.

“He was brutally shot in front of my mother, who was 91 years old. Prior to that, we received a lot of messages that my husband is being targeted as a supposedly high ranking official of the communist party in Iloilo,” Gemarino testified.

“My mother uses a walker due to a hip fracture and Romy would usually pick her up at our store, which is located at the center of the public market…. it was there he was shot,” Gemarino continued. “I was told he was killed by unknown soldiers. The national police supposedly filed charges, but it was dismissed for lack of evidence.”

Los Angeles-based health worker Melissa Roxas recounted her 2009 ordeal where she was abducted at gunpoint while conducting preparations for a medical mission for a poor rural community in La Paz, Tarmac.

Roxas was blindfolded, held in illegal detention, and tortured for 6 days before being released.

“While they were torturing me, they were forcing me to sign papers stating I was a member of the New Peoples Army and that I surrendered. But I refused,” Roxas testified.

According to the Philippine human rights group Karapatan, there have been a documented 238 cases of extrajudicial killings, 26 enforced disappearances, 110 cases of torture, and 723 cases of illegal arrest and detention that remain unprosecuted.

Charges against the Philippine President Aquino and the US government under Barack Obama include violations of the right of the Filipino people to self-determination and liberation.

Time nearly up for global leaders to seal the Paris climate deal, illegitimate and immoral even before it is sealed?