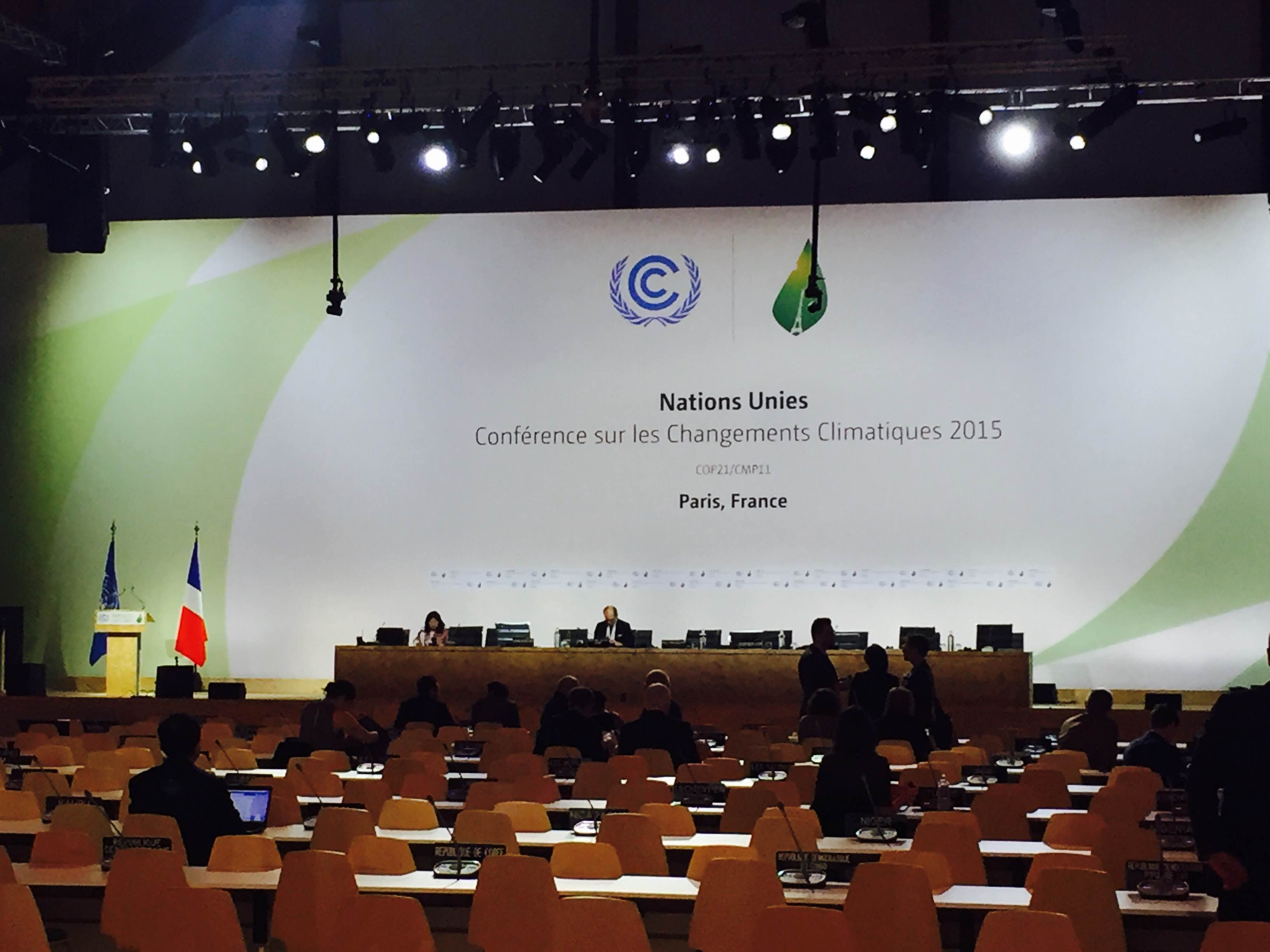 (Paris, France, December 1, 2015) – Over 130 Heads of State have arrived in Paris in an attempt to sign a new global agreement, amidst high expectations of people all around the world for urgent and meaningful action to respond to the climate crisis. Just over the weekend, the world saw the biggest ever climate marches of almost 1 million people gathering in 175 countries demanding leaders to come to an agreement that is binding, ambitious, durable and just, to replace the Kyoto Protocol and to take effect in 2020. This new climate deal that is yet to be agreed on is quite controversial already in the approach it takes, as it calls on each and every government to say just what and how much it is willing to undertake actions to reduce emissions, provide finance, and adapt to the increasing impacts of climate change.

Big political speeches from the different Presidents and Prime Ministers were heard at yesterday’s Opening Plenary, highlighting the need to act as one community in order to save people and planet. But not all speeches were created equal, and some were more telling than the others.

Evo Morales, President of the Plurinational State of Bolivia expressed concern on how leaders from both developed and developing countries do not address the structural roots of the climate crisis. Morales said, “we can talk about financing, technology, adaptation and others, but if we do not talk about the roots of the crisis, we will never resolve climate change.”

US President Barack Obama said, “we are the first generation to feel the impacts of climate change, and the last generation that can do something about it.  Obama recognized US’ responsibility as the world’s largest economy and its second largest emitter, and goes on to highlight the US’ investments in clean energy and emissions reductions. But there is obviously a disconnect between rhetoric and policy, for while Obama promised to ‘rage against the machine’, the US’ deregulation approach was clear in his statement that ‘(climate action) targets are to be set by each of us, taking into account differences that each nation faces.’

Chinese President Xi Jinping called for an ambitious and binding agreement that should ‘drive us to global efforts to pursue sustainable development.’ China, itself among the world’s largest polluters, said that ‘addressing climate change should not deny the legitimate needs of developing countries’. Xi Jinping also announced China’s focus on developing south-south cooperation for climate financing.

The next ten days will see negotiators hammering out sticky issues in the climate talks, particularly those around the global temperature goal, finance, loss and damage, and adaptation.

Representatives from civil society, grassroots organizations, faith communities, indigenous groups, feminist movements and others will step up the pressure on the governments to come out with a global climate deal that that is binding, ambitious and just.  And If the Heads of State’s speeches are any indication of the wide divergence in view points and positions, it looks like there was more ‘hot air’ released in the atmosphere yesterday. #