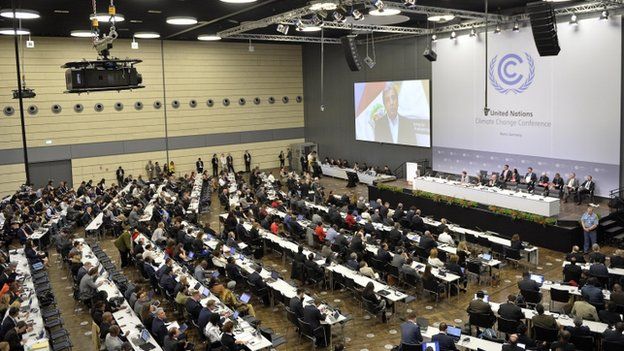 Negotiators have yet again wrapped up another set of climate talks without producing a draft text that will be the basis of a new global climate agreement to be adopted in December by the 21st Conference of Parties (COP21) to the United Nations Framework Convention on Climate Change (UNFCCC).

The tenth part of the second session of the Ad Hoc Working Group on the Durban Platform for Enhanced Action (ADP2.10) was held in Bonn, Germany from August 31 to September 4, 2015.

The ADP2.10 revolved around a new form of text that the ADP co-chairs have prepared with the objective of making the negotiations more manageable and to avoid line-by-line discussions.  However, developing countries have expressed dismay over this new process as important issues such as the principle of common but differentiated responsibility; institutions on adaptation, finance, technology transfer and capacity-building; loss and damage; response measures; and scope of contributions are being treated as contentious issues for parties and may not necessarily be included in the agreement.

Pledges on emissions reduction targets of both developed and developing countries have made progress but these are still not enough to limit global warming to 1.5 degrees Celsius which science require to avoid catastrophic impacts of climate change.

Some parties also raised concerns over the progress of the negotiations where developing countries that are most vulnerable to the impact of climate change are simply being ignored by watering down the distinction between developed and developing countries. The United States and the European Union are still sidestepping their commitments to provide reparation for the most vulnerable countries and even avoid the inclusion of this issue in the agreement.

The last session of the ADP will be held from 19-23 October 2015 – this will be the last leg of the negotiations before COP21 when a new global climate agreement is expected to be forged in Paris.