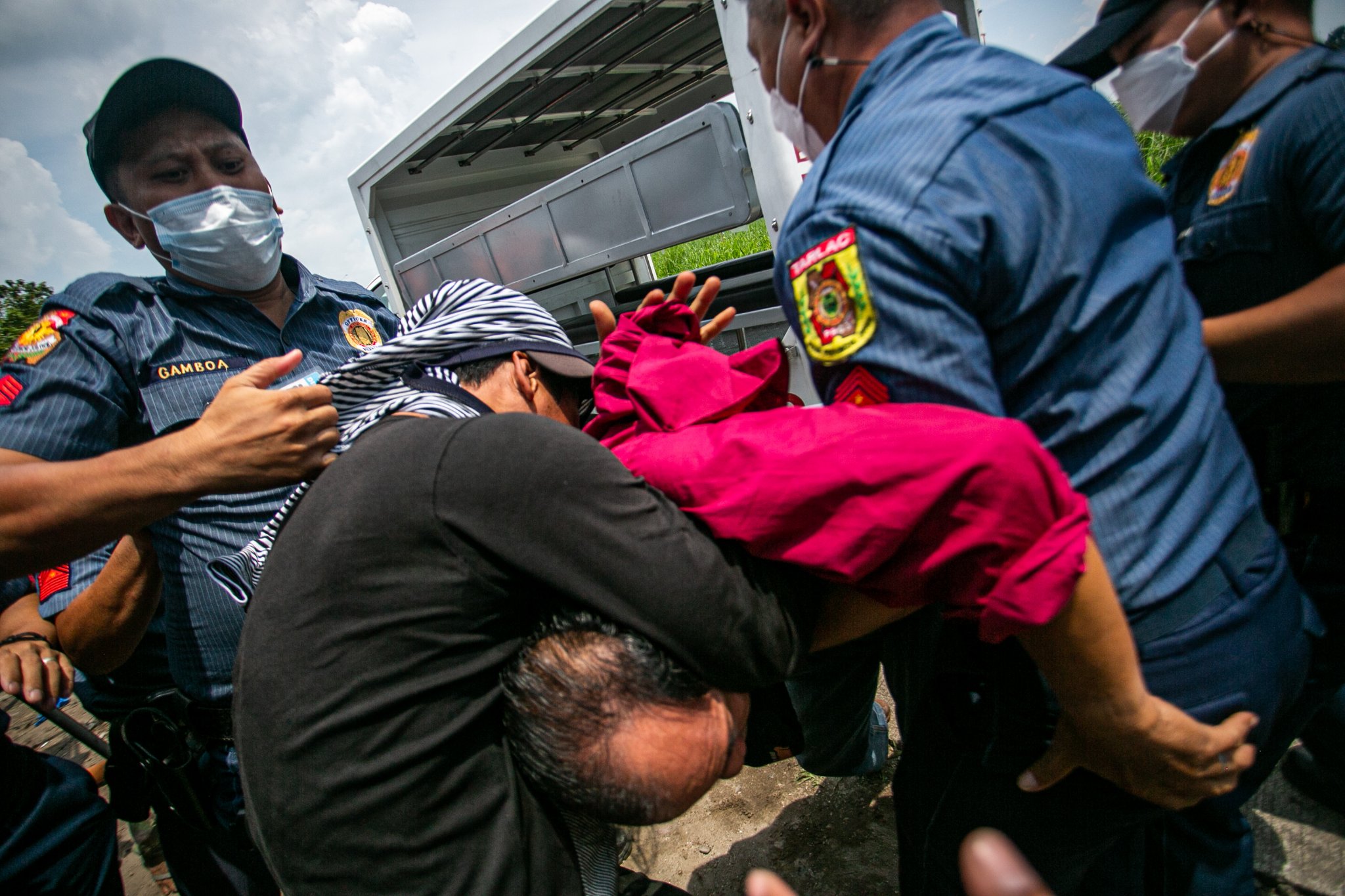 The police, without providing a warrant, arrested peasants from farmers’ organisation MAKISAMA-Tinang, who were asserting the right to land, along with the advocates. The farmers were exercising their right to till a small part of the 200-hectare of land formally awarded to them by the state under the country’s agrarian reform programme. Peasants assert their rights and ensure the food security of their communities through collective land cultivation or ‘bungkalan,’ as land monopoly prevails in the Philippines despite decades of supposed land reform.

The mass arrest follows other recent cases of state repression in the Philippines, in a post-election context poised to install Ferdinand Marcos Jr. as president and Sara Duterte as vice president of the country. On May 25, the police violently dispersed a protest against the proclamation of Ferdinand Marcos Jr. and Sara Duterte amid documented incidents of electoral irregularities. On May 21, two individuals, including a campus journalist, were arrested in a demonstration at the United States (US) Embassy against US militarist aggression in the Asia-Pacific as President Joe Biden visited the region.

Recent state actions show a continuing regime of rights violations and impunity under outgoing President Rodrigo Duterte. They cast a dark shadow on the rights prospects under the incoming Marcos-Duterte administration, as their predecessors are yet to be held accountable for their atrocious human rights record. Ferdinand Marcos Jr. has already expressed his intentions to continue Duterte’s counterinsurgency, led by the National Task Force to End Local Communist Armed Conflict, and the 2020 Anti-Terror Law. These instruments have been used to criminalise dissent and attack activists, people’s organisations, and civil society.

We urge the international community to support calls for the immediate release of the detained 92 peasants and advocates in the Philippines. We also draw the attention of the United Nations Human Rights Council (UNHRC), which will begin its 50th Regular Session on June 13, to the situation in the Philippines. We reiterate calls for accountability and justice for victims of state-perpetrated summary killings and human rights violations, including through international mechanisms such as through the International Criminal Court and the UNHRC. #

‘COP of action’ opens with a high note