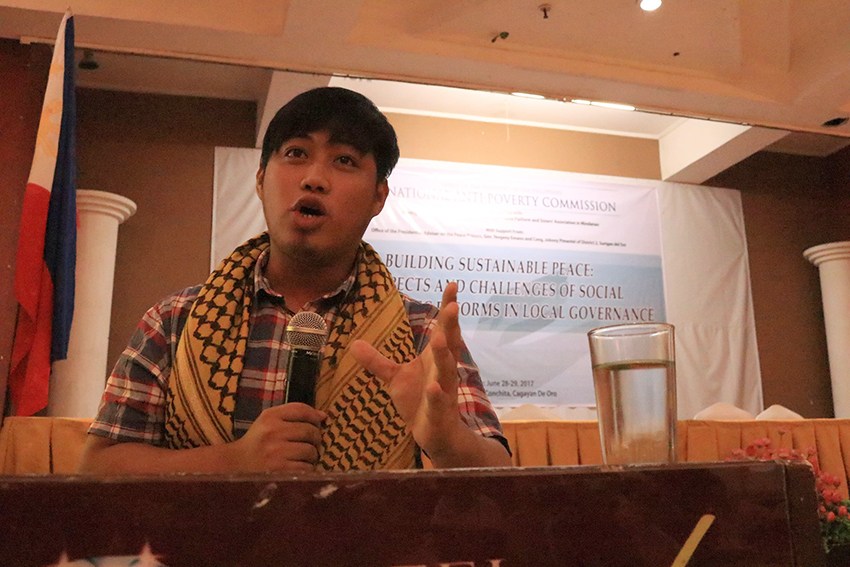 23 April 2018, Washington D.C. — A series of talks and forums on Philippine rights concerns kicked off with events in Washington DC from 20 to 23 April 2018. This first leg involved a Philippine workshop as part of the Sixteenth National Ecumenical Advocacy Days (EAD) for Global Peace and Justice.

The three-week series of talks, dubbed the “Stop the Killings Speaking Tour: The People’s Caravan for Justice and Peace in the Philippines,” would run until 11 May.

“Beyond the gross number of killings [in the drug war], we see the Filipino people are under attack. Under Martial Law and a heightened crackdown on activists, the basic rights of the people are being thwarted,” Pam Tau Lee, Chairperson of ICHRP-US earlier said.

The tour encountered an initial roadblock as one of the speakers, Mindanao rights defender Jerome Alladin Succor Aba, was detained by the US Customs and Border Protection (CBP) at the San Francisco International Airport (SFO). He was originally invited by several church institutions, including the US Conference of Catholic Bishops (USCCB), the Sisters of Mercy, and the General Board of Global Ministries-UMC to speak at the Sixteenth EAD.

In describing his ordeal, Aba told of how he was explicitly denied his rights, forced to stand bare in front of an industrial fan, and psychologically tortured multiple times. The Filipino rights defender was deported after being held for 28 hours.

"I believe my involvement in human rights work in the Philippines is the main reason I was deported,” Aba said in a statement through Facebook.“With Trump’s administration thriving in misinformation and falsehood, there is no place for me shedding light on the US’ hand in the destruction of Marawi and the ongoing ‘war on terror’ against my Moro and Lumad brothers in Mindanao," he added.

Concerned organisations were quick to hold protest actions in support of Aba and against the violations and detainment by the CBP.Mobilisations called for justice after he was deported. Aba eventually participated in the first leg of the speaking tour through a video message.

"The US Border Protection’s attempt to silence Jerome makes it even more urgent for peoples around the world to know about the dire rights situation in the Philippines. We will continue our demands for justice for Jerome, and our calls for solidarity for all the Filipinos struggling to assert their rights," Jennifer Malonzo of IBON international said.

She spoke at the forum organized by the USCCB Office of International Justice & Peace and highlighted the complicity of US state institutions in the current attempts of the Duterte administration in repressing the legitimate struggles of the Filipino people. Aside from church officials, representatives from US agencies such as the US Commission on International Religious Freedom, US Agency for International Development and US Department of State were invited.Malonzo also discussed the Duterte government’s terrorist tagging of human rights defenders and activistsin a forum in Georgetown University.

Aside from the Washington DC leg, the speaking tour has events lined up for New York and New Jersey. It would continue on to Chicago, Seattle and Portland, the Bay Area in San Francisco, and with its last leg in Los Angeles on 11 May.

The main organisers of the tour were the US chapter of the International Coalition for Human Rights in the Philippines (ICHRP-US) and the Malaya: A US Movement Against Killings and Dictatorship and for Democracy in the Philippines.

The organisers enjoin support for people’s rights in the Philippines. According to Alma Trinidad, Co-convener of the Malaya Movement, "Duterte is following in the footsteps of the Iron Fist rule of former dictator Ferdinand Marcos. As Filipinos in the United States, we must take a stand, speak up, and take action now to stop him, his mentality and sense of governance. Oppression there in the motherland is oppression here for us in the U.S."

Prospects on national and sectoral advocacy campaigns against the AfCFTA: A Campaign Briefer Roundtable Discussion (November 18)