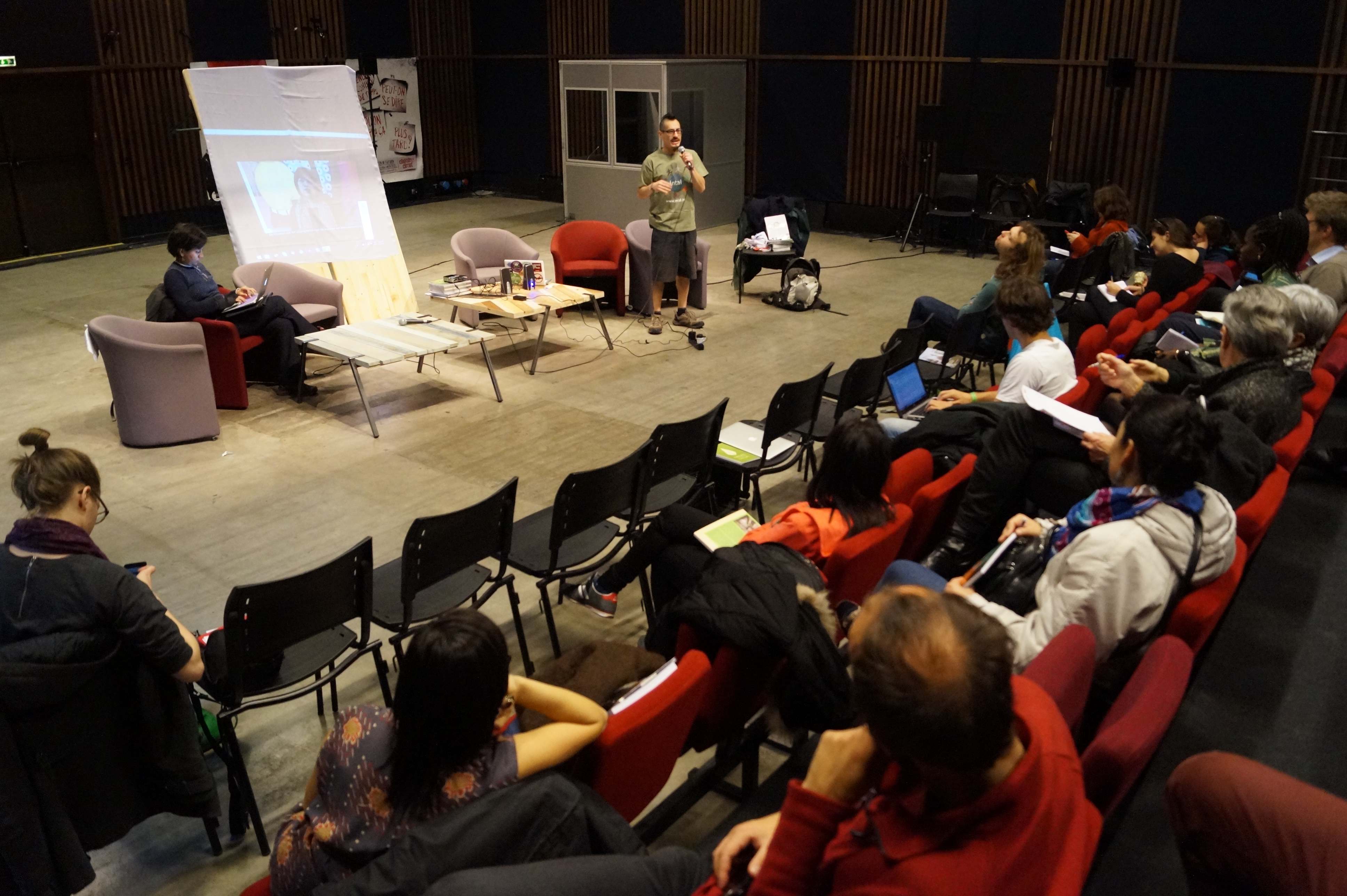 Paris, 8 December 2015—Climate justice activists gathered at the Climate Action Zone in Paris during the COP 21 to raise the alarm on the corporate capture of climate at the global policy levels, and also at the implementation climate-related policies at national and community levels.

Speaking at the forum on the Corporate Capture of Climate, Alexia Fouarge of Médecine pour le Tiers Monde (M3M) and Luis Tinocoof Intal shared on how free trade agreements are promoting resource extraction and other harmful investments by corporations in developing countries. According to Tinoco, “corporations are given power prevent good climate policies from being implemented. They also promote extractive industries such as mining, as well as building of big dams that destroy the environment, increase greenhouse gas emissions, and harms the people’s ability to adapt, and survive the impacts of the changing climate.”

Isis Alvarez of the Global Forest Coalition, and the Women’s Major Group exposed how big, multinational corporations are embedded in the different UN processes through sponsorships such as Suzano Pulp and Paper during the Rio+20. Suzano is involved in land grabbing for monocrop plantations of eucalyptus trees for bioenergy.  Alvarez also shed light on the myth of carbon neutrality that some developed countries are pushing at COP21. According to Alvarez, “there is hardly any evidence supporting carbon neutrality. This becomes dangerous when carbon neutrality is used by corporations such as Sinar Mas operated by Asian Pulp and Paper to push for ‘green energy’ such as biomass from deforestation activities.”

Renewable energy projects that can reduce green house gas emissionscan also be harmful if peoples’ and communities’ collective rights are not respected. According to Ajay Jha of the Centre for Community Economics and Development Consultants Society (CECOEDECON), “this happens when corporations control renewable energy resources and infrastructure for profit. Peoples’ rights and communities’ access to renewable energy resources are violated by the corporate capture of renewable energy.” In the desert region of Rajasthan, windmills constructed very near residential communities pose a threat to the people living near the windmills because of possible accidents. Structures for the windmills also blocked the water resources, causing the communities o suffer from the loss of traditional water sources.

Antonio Tujan, Jr. of IBON Internationaldescribed why only through the assertion of peoples’ sovereignty could corporate power be countered. Tujan said, “corporations and oligarchs are wielding sovereignty in our name to pursue private super profits. However, the real power lies in the collective sovereignty of peoples and communities fighting harmful policies and corporate take over of their resources.”

As a parting message, Alexia Fouarge of M3M called for more solidarity between organizations from the North and South. Fouarge said, “we need solidarity between Northern and Southern communities to further strengthen the fight versus corporations at the community, national, and international levels.

This forum was co-organized by the Asia Pacific Research Network, Médecine pour le Tiers Monde, in cooperation with the Women’s Major Group, Global Forest Coalition, Centre for Community Economics and Development Consultants Society, and the International League of Peoples Struggles. ###

Golden opportunities for profit: OceanaGold in the global South