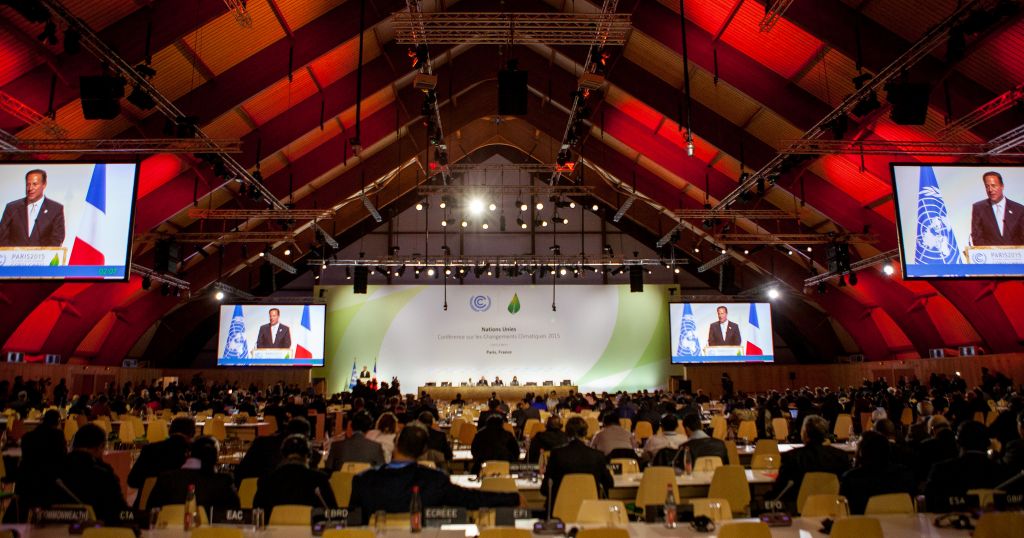 (Paris, France, December 7,2015) –The 21st Conference of Parties (COP 21) of the United Nations Framework Convention on Climate Change (UNFCCC), meeting in Paris with the objective of coming to an agreement on global efforts that will respond to the increasing impacts of climate change, entered its second week of negotiations yesterday.

Sessions ended last Saturday evening with the conclusion of the Ad Hoc Working Group on the Durban Platform on Enhanced Action (ADP), the body responsible for coming out with a proposal for a new ‘protocol, agreement or legal instrument’ to follow the Kyoto Protocol, which outlines legally binding obligations by developed countries to reduce greenhouse gas emissions, as well as to provide finance and technology to help developing countries cope with climate change.

A draft Paris agreement is now on the table for Ministers to debate and to iron out by December 11th. The said draft agreement is 48 pages, but with 900 text in brackets, showing deep divergences in views among the Parties.

There are a number of key issues with both process and substance that several quarters, including civil society, raise at this Climate Summit.

First, is the seeming systematic attempt by developed countries to undermine the principle of protecting the climate system on the basis of common but differentiated responsibility and respective capabilities (CBDR-RC) that lie at the core of the international climate regime.

Since the start of these talks, rich countries have been one in saying that the world has changed a lot since the time when the UNFCCC was founded and when Kyoto Protocol was agreed on in 1997.  As stated in the Kyoto Protocol, countries are classified into: Annex 1 – those who, because of their historical and current over pollution, have legal obligations to curb their emissions; Annex 2 – those that are required to provide finance and technology; and the developing countries who share common responsibility but without binding obligations.

According to these developed country negotiators, this ‘differentiation’ is no longer valid and therefore commitments towards lowering emissions (mitigation) and financing climate action (adaptation) would have to be undertaken by both developed and developing countries on an equal basis.

There is an attempt by the United States and their allies to create and gain popular support for countries that are ‘most vulnerable’, and that financing climate action to be undertaken by ‘countries in a position/willing to do so.’ In effect, this ‘new’ definition does away with the acknowledgement of who are most responsible for climate change and who are  legally obligated to provide resources. These are very vaguely defined, and are therefore subject to different interpretations.

Second, is the issue around the temperature limit goal. The United States, Germany and France joined the growing list of countries committing to having a 1.5 degrees temperature rise as a global goal. This may seem aspirational and bold, considering that developing countries have made their position on the need for a global temperature goal that would save people and planet. This goal is achievable, but is premised on developed countries committing to even deeper and more drastic emissions cuts, in line with the ‘fair shares’ principle, i.e. developed countries have already used up more than their fair share of the world’s carbon budget, and so would have to undertake more drastic measures to redesign their production.

Each country has submitted its Intended Nationally Determined Contributions (INDC) in the run-up to the negotiations. The INDCs reflect each country’s intended pledges to achieve the objective of addressing climate change. Civil society has critiqued developed countries’ INDCs as severely inadequate, not reflective of the different levels of responsibility to the climate crisis and capacity to act on this. The INDCs from the rich countries would not add up to what is needed to give the world a chance at survival.

On the table too, are proposals for ‘zero net carbon’, ‘decarbonization’ and the like, in order to achieve significant emissions reductions. The Group of 77 (G77, from around 155 developing countries) contends that this needs to be considered in light of its implications especially for underdeveloped and poor countries. Countries that have not even achieved the level of growth as developed countries will be compelled to adjust their entire production systems, including further opening up their economies to foreign and private sector investment, as well as to more debts, in order to raise the huge financing requirements this will entail.

Third, the INDCs are more focused on lowering emissions, where there should be a balance between actions for mitigation and adaptation. While Parties agreed during COP 20 in Lima that INDCs would cover both areas, the draft Paris agreement is said to be leaning less towards adaptation.

Crucial to this is financing, which is a contested issue in the negotiations. A recent study from the Organization for Economic Cooperation and Development (OECD) that showed financing pledges made from COP 15 in Copenhagen as having nearly been met has been described by different quarters as inaccurate and misleading, and at best wanting with only around USD5-8 billion marked for adaptation.

The Warsaw Mechanism on Loss and Damage was established in 2013, but is yet to take-off the ground. The draft Paris outcome mentions loss and damage, but it is yet to be agreed on whether this will merit a stand-alone provision, or to put this under adaptation. However rich country negotiators are putting pressure on developing countries to agree to the condition that in exchange for this agreement they (developing countries) will not hold rich countries liable for losses and damages to be incurred.

The world has indeed changed, or has it really? ###

Out with neoliberalism, forward people-centred development