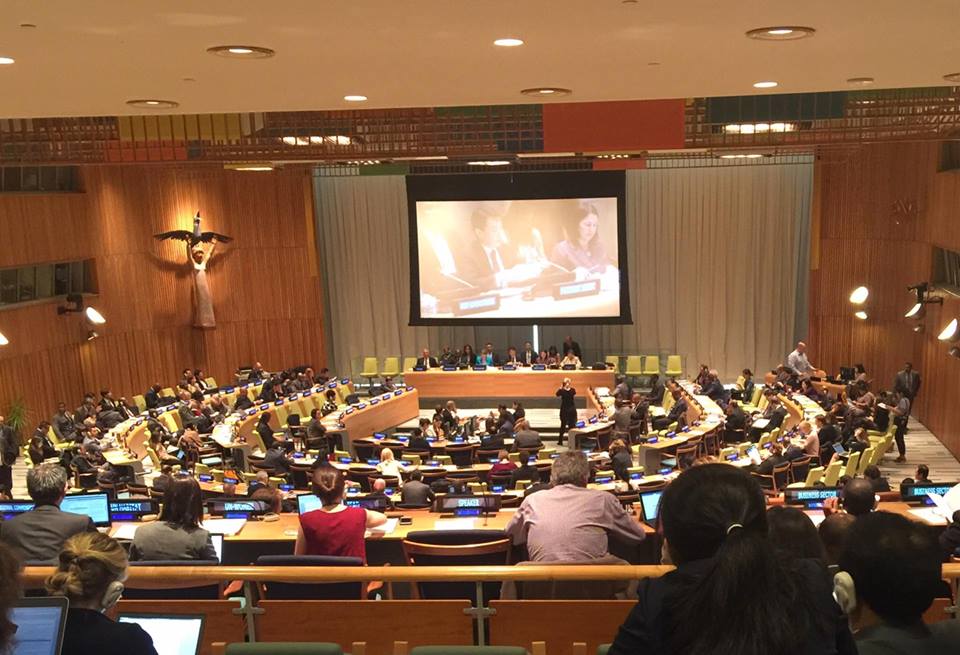 While civil society organizations welcomed the FfD Forum, the shortcomings cast shadow on the potentials of the annual review process to play its role in addressing structural issues, reforming global economic governance, and contributing to fundamental changes needed in the global economic system in line with human rights and sustainable development.

This first FfD Forum lacked a transparent preparatory process (which simply consisted of two meetings called ‘retreats’) and was cut to only three days instead of the mandated five days. The inadequate time given to the Forum hampered the necessary visioning of the follow-up process, particularly the formulation of a medium-term plan of work for the coming years. While the FfD process is critical in the implementation of the 2030 Agenda for Sustainable Development, developing countries see it as an independent process, in contrast to the views of developed countries like Japan, US, Australia, New Zealand, and the European Union that deem the FfD process merely an annex of the 2030 Agenda.

The outcome document called “intergovernmentally agreed conclusions and recommendations,” consisting of four paragraphs, lacked substance and failed to highlight urgent issues or even draw from the discussions at the Forum. As a process meant to follow-up on the implementation of FfD commitments, the final outcome document of the Forum failed to articulate clear mechanisms and steps to ensure that concrete and decisive actions are taken.

In a briefing session with CSOs, business sector and other institutional stakeholders on 19 April, the co-facilitators (Benin and Croatia) admitted difficulty in the outcome document negotiations. While developing countries wanted a range of issues to be included, said Ambassador Jean-Francis Regis Zinsou of Benin, some developed countries did not want substance and just wanted to lay the ground for future Forums.

The Forum also launched the first Inter-Agency Task Force (IATF) report on FfD, which only maps the Addis Ababa Action Agenda commitments and action items and lays down how the Task Force will monitor their implementation in the years ahead. CSOs asked that future reports of the IATF consult a variety of sources of information and implement mechanisms for civil society engagement.

For the Forum to realize its potential and serve its purpose, it should be able to address current issues in the global economic, political, social, and environmental situation, such as advancing inclusive international cooperation for a fairer global tax system, financial secrecy issues recently highlighted by the Panama papers, and setting international standards for all private sector financing modalities and actors to adhere to human rights and sustainable development principles. Aside from monitoring implementation, advancing a normative agenda must be a key part of the FfD follow-up process. #

World trends discussed at UP forum

Strengthen int’l solidarity for the Philippines, stop the killings and attacks