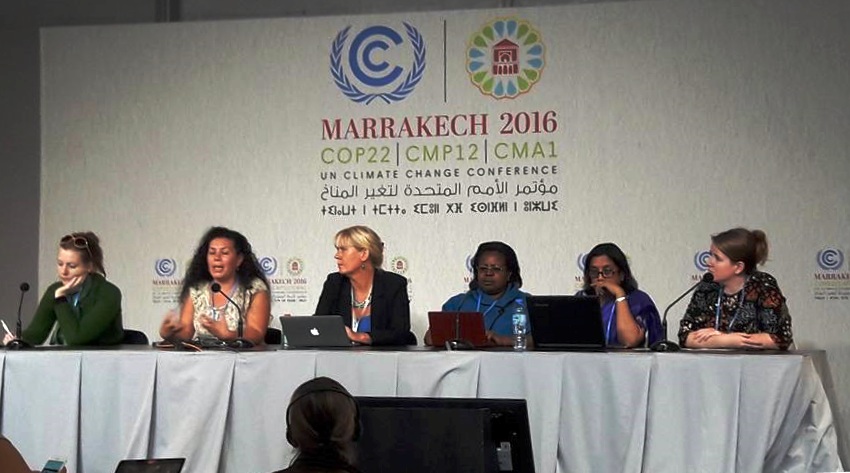 (Marrakesh, Nov. 12, 2016) – The 22nd Conference of Parties  (COP) of the United Nations Framework Convention on Climate Change (UNFCCC) opened this week in the Kingdom of Morocco. This annual meeting of the world’s leaders opened with a high note that heralded the ‘early entry into force’ of the Paris Agreement (PA), last year’s landmark agreement that sealed the international community’s commitment to climate action. Unlike the Kyoto Protocol, which took almost 8 years to be set into motion since it was adopted in Japan in 1997, 105 countries have already joined the PA, indicating their willingness to be bound to the new international climate deal and undertake the necessary actions to put the world on track towards the goal of limiting global average temperature rise to between 1.5 to 2 degrees Celsius.

The 2-week global summit is described as a ‘COP of action’ or an ‘implementation COP’, and hopes to flesh out matters not only concerning the particulars of implementing the PA, but also on other sticky issues such as outstanding commitments around climate finance.

Negotiations are expected to accelerate in the 2nd week of the COP, but there are already telling signs that the road to implement the Paris Agreement will not be smooth; and neither is it as ‘transparent and inclusive’ as Member States had repeatedly stressed it would be. In the sessions that allowed observers in, including civil society, there are already debates on the interpretation of how the Paris Agreement applies to developed and developing countries. As the agreement will ultimately be translated into national-level actions, there are huge differences in views between focusing on reducing emissions (mitigation) and actions intended to adapt to the impacts of climate change.

This, amid anxiety over the implications of a Donald Trump win, an avowed climate denier, as the 45th US President, permeated the COP (as it did the world). How will this affect US climate policy? Will he revive the Keystone XL oil pipeline project? Will the US pull out from the Paris Agreement and pull the plug on all commitments made?

In the midst of an otherwise ‘slow’ week in international climate negotiations, there are other interesting events that took place, albeit receiving less limelight than the US presidential elections.

Suelma Beirouk, vice-president of the Pan-African Parliament, and a representative of the African Union in the COP 22, was not allowed entry into the country on November 7th.[1] Ms. Beirouk is originally from Western Sahara, which has been on the United Nations list of ‘non-self-governing territories’ since 1963.

A number of protest actions from Moroccans have erupted this week, with public school teachers staging a strike at the historic Jemaa el-Fna Square against privatization, as well as an action in support of Palestine held yesterday. Days before the international climate talks opened, Moroccans also took to the streets to protest the death of a fishmonger[2].

There was also a solidarity caravan organized to Imider, located approximately 300 kilometers south-east of Morocco, where a protest camp has been running for over 2 years now against a mining company’s expropriation of water and pollution from the most productive silver mine in Africa[3]. ###

Lenin's work on 'Imperialism': still relevant for the world today?