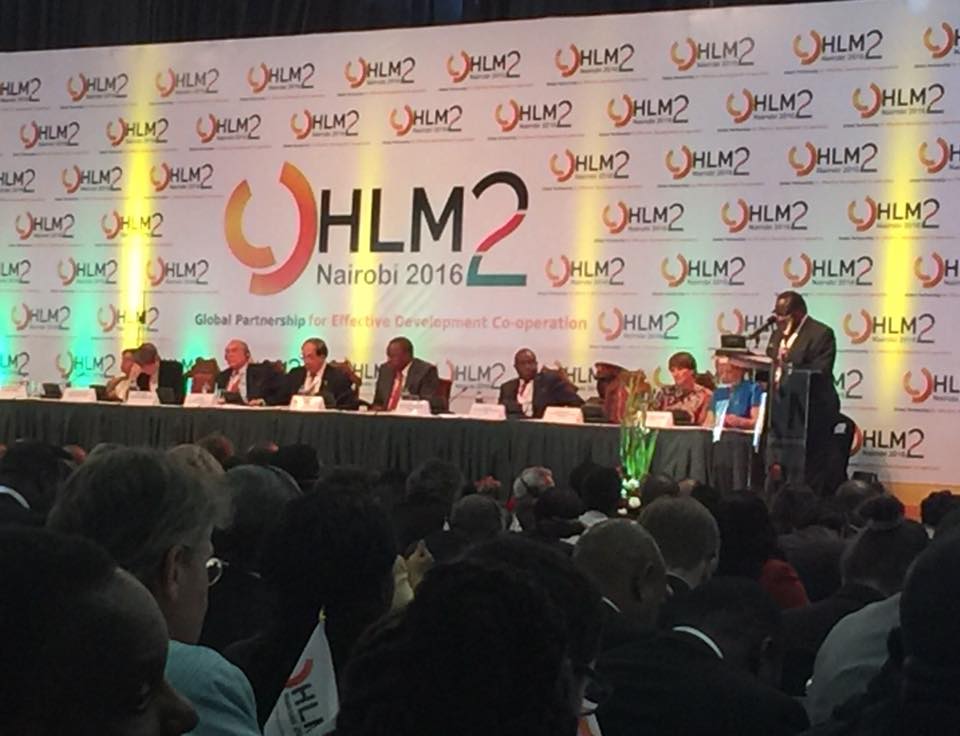 In Nairobi, Kenya from 28 November to 1 December, 400 civil society organisations (CSOs) from all over the world gather for the Second High-Level Meeting of the Global Partnership for Effective Development Co-operation (GPEDC) to assess progress on the commitments made by governments and other development actors to increase the sustainability and effectiveness of development cooperation efforts. CSOs warn that development cooperation may be progressively reduced to being a catalyst for private forms of financing, and that the use of public funds – and the accompanying standards of accountability and inclusiveness – will be weakened.

As the CSO Partnership for Development Effectiveness (CPDE) recently noted, “the current dominant discourse in the GPEDC is to unleash the potential of development co-operation to attract private investments.” This has also been evident in early drafts of the Nairobi Outcome Document, which emphasised public-private partnerships in particular.

Antonio Tujan Jr. of IBON International, a founding leader of CPDE, remarked, “Private capital has consistently shown itself to fail to substantively reduce inequality, or else further aggravate these inequalities. This is the experience of communities on the ground.”

“People are the real engine of economic growth. It’s the poor and the marginalised who are the proper target of development aid,” Tujan said.

There is a strong sense of alarm among CSOs committed to the aspiration that development should ‘leave no-one behind’. This is especially since there is little evidence showing that private investments can effectively raise public revenue, or make goods and services more accessible.

Lesotho’s experience in building, under a PPP deal, the Queen Mamohoto Memorial Hospital to replace a public hospital is a stark example. The contract has led to the government subsidizing management inefficiencies in the privately-run hospital, costing half the Ministry of Health’s budget, while the private partner has gained high returns under this arrangement. There are also reports of diminished accessibility of health services.

Moreover, although the latest draft of the Outcome Document made reference to ‘shrinking space’ – meaning the tightening restrictions imposed by governments and donors, among others, that have made it increasingly difficult for CSOs to contribute to development by capacitating marginalised citizens – there remain no clear declarations of intention to fully uphold previous commitments to provide an ‘enabling environment’ for CSOs.

The sense of alarm among CSOs is further heightened by the apparent move of the GPEDC to weaken its mandate, limiting its value to providing country-level data to the United Nations. “This would constitute a rejection of GPEDC’s distinctive traits, especially its inclusive multi-stakeholder character,” the CPDE statement warned.

With the growing emphasis on the private sector and diminishing emphasis on the inclusive nature of the GPEDC, CSOs have a difficult battle ahead of them if development effectiveness is to maintain its focus on poverty and inequality.

Justice for the Victims of State Violence in Kidapawan, North Cotabato!