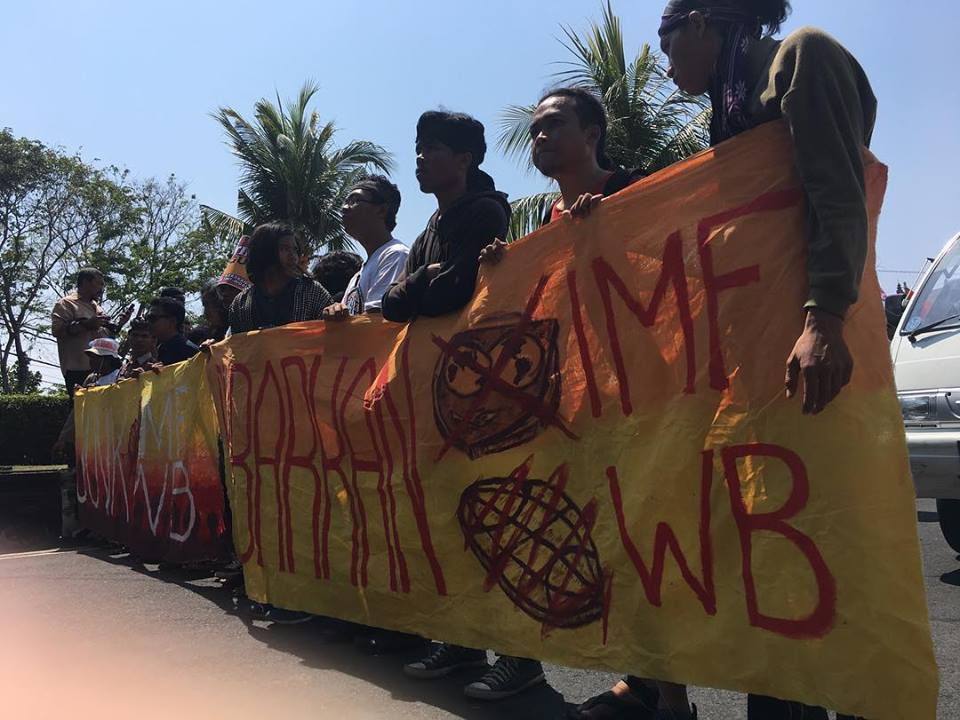 *The following is an excerpt from our paper, Implementing the World Bank Group’s MFD: Reinforcing Corporate Capture of the Global South.

The World Bank Group, as it is known today,is made up of other affiliated institutions all with a focus on assisting private investment towards developing countries. The International Finance Corporation (IFC), focused on lending and supporting private corporations,was founded in 1956. Ten years later, the International Centre for Settlement of Investment Disputes (ICSID) emerged as an institution to decide on cases between investors and governments. The Multilateral Investment Guarantee Agency (MIGA) was then founded in 1988 to provide risk insurance and other guarantees to private investors in developing countries, to protect capital in cases such as expropriation by the state.[i]

The US and the IMF-WB

Since their founding, the United States (US) has played a huge role in the direction of the IMF-WB.The World Bank describes the US as a “leading force” in its establishment.[ii]In terms of location, both the headquarters of the IMF-WB are located in Washington D.C. Among the 189 countries of the IMF, the US holds the highest shares in the Fund’s unit of account (or “special drawing rights”) at 17.46%. This correlates to voting power; one vote from the US has the weight of 1/6of the total. [iii]

According to the World Bank, the US has “a unique role in influencing and shaping development priorities“ as thesole WB shareholder with veto powers in decisions of Bank structure.[iv]All WBG presidents have been US-nominated US citizens, including today’s Jim Yong Kim. Similar to the IMF, the US holds the highest shares in all the WBG institutions ranging from 14.97% in the IBRD to 22.45% in the IFC.

Before a country’s government becomes a member of the World Bank, it has to be a member of the IMF.[v] Southern governments which became members of the IMF-WB arguably put peoples in a bind, with lower-income governments accepting US-led international monetary norms under the IMF before they could accessprivate sector-driven “development financing” under the WBG.

The Annual Meetings of the IMF-WB is another aspect of the tight links between the two institutions. The meetings are usually held in Washington DC for two years, and in another host country for the next year. The 2018 Annual Meetings will be held in Bali, Indonesia. The Joko Widodo government had reportedly allotted more than USD 53 million for the events, with tight and even militaristic security measures.

As elaborated in our prior paper, The World Bank Group’s Corporatization of Development, the WBG has been promoting its current approach to development finance in the past years. In the last few Spring and Annual Meetings there had been talk on the role of the WBG as a “broker” between investors and developing countries.[vi] This has been more clearly articulated recently as “Maximising Finance for Development,” or the MFD approach.[vii]

The World Bank notes that the MFD approach is not altogether new as private sector support has been among the fundamental priorities of its institutions, especially for instance the IFC and MIGA. The way that the MFD is different, says the WB, is in how it makes private sector support “more systematic, making this increasingly the norm for how the WBG does business.” The MFD complements already existing IFC imperatives to “create markets” in developing countries. It also ties up with the existing IDA-IFC-MIGA efforts to use IDA grants and loans to create conditions for international capital.[viii]

In talking about MFD, the WBG evokes the Hamburg Principles to justify its trajectory. “Hamburg” is a G20 policy document that reinforces the dominant view on how multilateral banks “contribute” to sustainable development. Namely, this is through “crowding-in” private investment by “supporting reforms and reducing risks, and hence the cost, of private capital.”[ix] #

G19 versus USA on Paris Climate Agreement: Bold move, but will it make a dent on climate change?