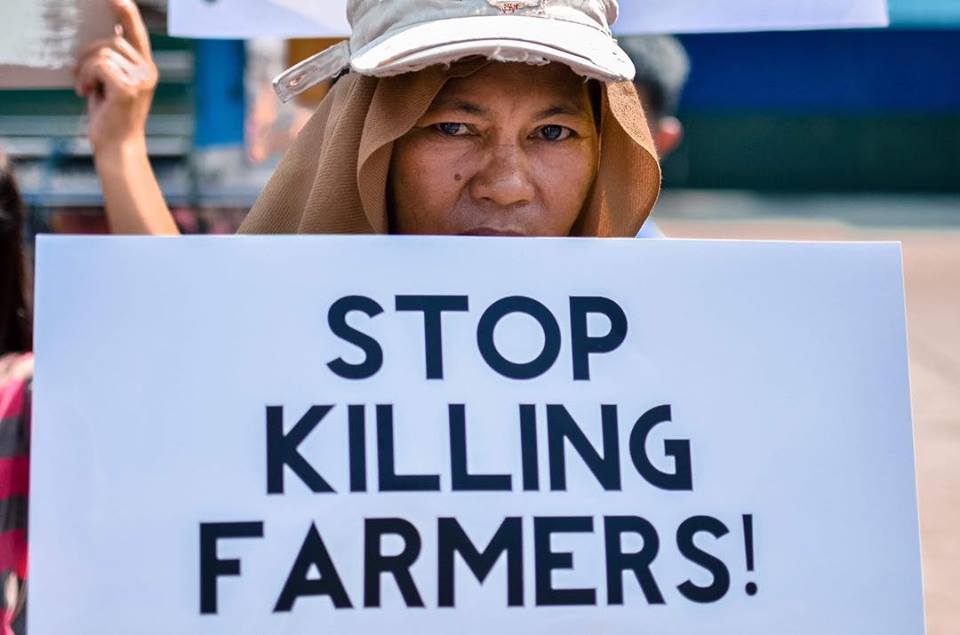 According to the latest World Bank data on poverty, released October 2018, 46 percent of the world’s population continue to subsist on less than USD 5.50 a day by 2015. This serves to moderate or even discourage jubilations from the supposed progress in reducing the numbers of people who earn only USD 1.90 per day. Earning less than two dollars is what classifies one as “extremely poor” under World Bank statistics.

Worse, poverty today continues to bear heavily on peoples in the world’s countryside. This is the case even with the conservative measure of “extremely” poor. After decades of neoliberal globalisation, from World Trade Organisation (WTO) rules on agriculture to various World Bank conditionalities, the global picture looks like the following: inhabitants of rural areas comprise 54 percent of the world’s population, and 79 percent of the world’s poor live in rural areas.

“Extreme poverty” rates in rural areas are alarmingly thrice as high as those in urban centres. Agricultural workers, the World Bank admits, have higher extreme poverty rates, as they “constitute almost two-thirds of the extreme poor.”

The situation is further worsened by the vulnerabilities of the rural poor to hunger and to climate shocks such as drought. This is the case in Africa where 70 to 80 percent of the rural population rely on rain for agricultural purposes.[i] Of the estimated 821 million undernourished people in the world, around 257 million live in Africa, 515 million in Asia and 39 million in Latin America and the Caribbean — showing widespread issues when it comes to Southern peoples’ access to food.

Rights violations in the countryside

For the global South the severe afflictions of poverty and hunger are compounded by violence as they assert their right to land and to till. In Brazil, the deadliest country for land and environmental defenders[ii] in 2017, several members of farmers’ and landless movements have fallen. This includes Marcio “Marcinho” Matos in February[iii] and Aluisio "Alenquer" Sampaio just this October,[iv] amidst the rise of right-wing candidate Bolsonaro in the country.

In 2017, Brazil also saw three massacres of land rights defenders.[v] The Philippines witnessed in 2018 the army’s killing of eight indigenous peoples’ leaders asserting rights to ancestral lands.[vi] More recently, just five days after the World Bank released its 2018 findings on world poverty, nine farmworkers were killed in Negros Occidental in the Philippines. Dubbed the “Sagay massacre” and the “Hacienda Nene massacre,” most of the victims were members of the National Federation of Sugar Workers (NFSW). NFSW suspects the hand of state actors in the killings, given the confused attempts of state security forces to link the farmers’ organisation with Maoist revolutionary groups,[vii] the latter being military targets.

The murdered farmers were engaged in a campaign to cultivate idle farmlands, or bungkalan, to assert the right to land and to till. They do this as a grassroots, collective response to rural poverty, seen as a systemic problem: amidst hunger in the seasonal “dead time” in harvest but also given the persisting land monopoly in the country due to what movements see as the “failure of the government’s land reform program”.[viii]

Going back to people’s rights

Such efforts of farmers, farmworkers and landless peasants’ movements to rise above rural poverty, from the Philippines to Brazil, are essential should any development model or policy be owned and led by those most in need. Their campaigns show how the exercise of people’s sovereignty is key to assert people’s rights – including their right to land and livelihoods. The principle of people’s sovereignty, their participation in their development through movements and organisations, would shape development programs towards viewing people as not only beneficiaries, or recipients, but as rights-holders and active agents of transformation. With current data on poverty suggesting the urgency of rural development and strategic industrial policy in the global South, this principle and shift in how to approach development are necessary.  #

[ii] Global Witness. 2018. “At What Cost? Irresponsible business and the murder of land and environmental defenders in 2017.” https://www.globalwitness.org/en-gb/campaigns/environmental-activists/at-what-cost/

[v] Global Witness. 2018. “At What Cost? Irresponsible business and the murder of land and environmental defenders in 2017.”

[vi] Watts, Jonathan. 2018. “’I tended to the bodies’: attacked by the Philippine army.” The Guardian, 21 July. https://www.theguardian.com/environment/2018/jul/21/philippines-lives-land-lost-coffee-empire-militarised-politics

Statement on the HLPF 2020: Uphold people’s right to democratic participation in development for sustainable and people-centred economies

A time to move beyond debt-driven responses, corporate “recovery” of the IMF-WBG