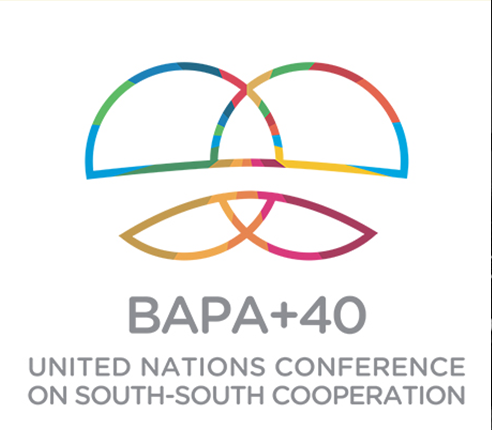 The outcome document repeatedly mentions the voluntary nature of SSC, and the only mention of commitment referred to the implementation of the 2030 Agenda for Sustainable Development and the Addis Ababa Action Agenda. But even this reaffirmation was put to task by the United States, which in a statement asserted that “[b]oth are non-binding documents that do not create rights or obligations under international law.”[i]

Civil society organizations (CSOs) under the Southern CSO Alliance on South-South Cooperation, which engaged the outcome document from the zero to the final draft, noted with dismay that their inputs have been ignored.[ii]

The BAPA+40 Conference was held from 20-22 March 2019 in Buenos Aires, Argentina and commemorated the 40th year of the signing of the Buenos Aires Plan of Action (BAPA) for the Implementation of Technical Co-operation among Developing Countries. The conference’s main theme was the “Role of South-South Cooperation and implementation of the 2030 Agenda for Sustainable Development: Challenges and Opportunities.”

The BAPA, adopted in 1978, is the first comprehensive framework for SSC. It reaffirms that the purpose of technical cooperation among countries in the global South is to derive mutual benefits from the sharing of experience and knowledge, in order to achieve their national and collective self-reliance. The document enumerates principles such as respect for national sovereignty, independence, equality and non-interference in domestic affairs.

It was, however, adopted in the context of the “dirty war” in Argentina, a period of United States-backed state terrorism from 1974 to 1983. As part of Plan Cóndor, a campaign that involved military technical cooperation,[iii] state security forces and death squads hunted down political opposition, or anyone believed to be socialist, associated with the left or against neoliberal economic policies.

The Day of Remembrance for Truth and Justice on March 24, a day after BAPA+40’s conclusion, commemorates the 30,000 victims of enforced disappearance and genocide. It is also the anniversary of the 1976 coup d'état that brought the military junta to power. This historical context highlights the need to not just recall the noble principles underlying SSC, but also ensure that these are not used to turn a blind eye to authoritarian regimes or violations of people’s rights.

The Southern CSO Alliance, of which IBON International is a founding member, called for a people-centered approach to SSC but observed that “[t]he outcome document still fails to put peoples’ participation at the center of SSC.” Echoing the CSO statement delivered by the Reality of Aid Network during the conference’s opening plenary, the alliance affirmed that “strengthening and further invigorating South-South and triangular cooperation should be defined to answer the questions ‘for what and for whom?’”

In the side event co-organized by the alliance, the CSO Partnership for Development Effectiveness and the Reality of Aid Network, titled “Putting People at the Heart of SSC”, IBON International said that SSC has remained a government-to-government affair or has been pursued as commercial undertakings despite its highly progressive roots and principles. Geopolitical interests of powerful countries also prevail. IBON International called for the upholding of horizontality and democratic ownership, which means ensuring people’s meaningful participation – from design, planning, implementation, monitoring and evaluation – and SSC’s contribution to a comprehensive and democratically owned development strategy.

CSOs also underscored the importance of defining SSC, as there is yet no official definition. The outcome document only states that “SSC and triangular cooperation increasingly take different and evolving forms”, indicating that what counts as SSC remains arbitrary and thus difficult to monitor and assess. While generally understood as an expression of solidarity and a partnership between and among developing countries, having an agreed definition on SSC “will clarify whether we are talking about economic cooperation or development cooperation,” the alliance said.

At the closing plenary, the European Union questioned the legitimacy of the Venezuelan delegation from the Maduro government. The US also said that “the former regime [referring to the Maduro government] must stop trying to pin the blame for the disastrous situation in Venezuela on others.”[iv] A number of developing countries expressed strong support for the Venezuelan delegation. (Jennifer del Rosario-Malonzo, Buenos Aires)