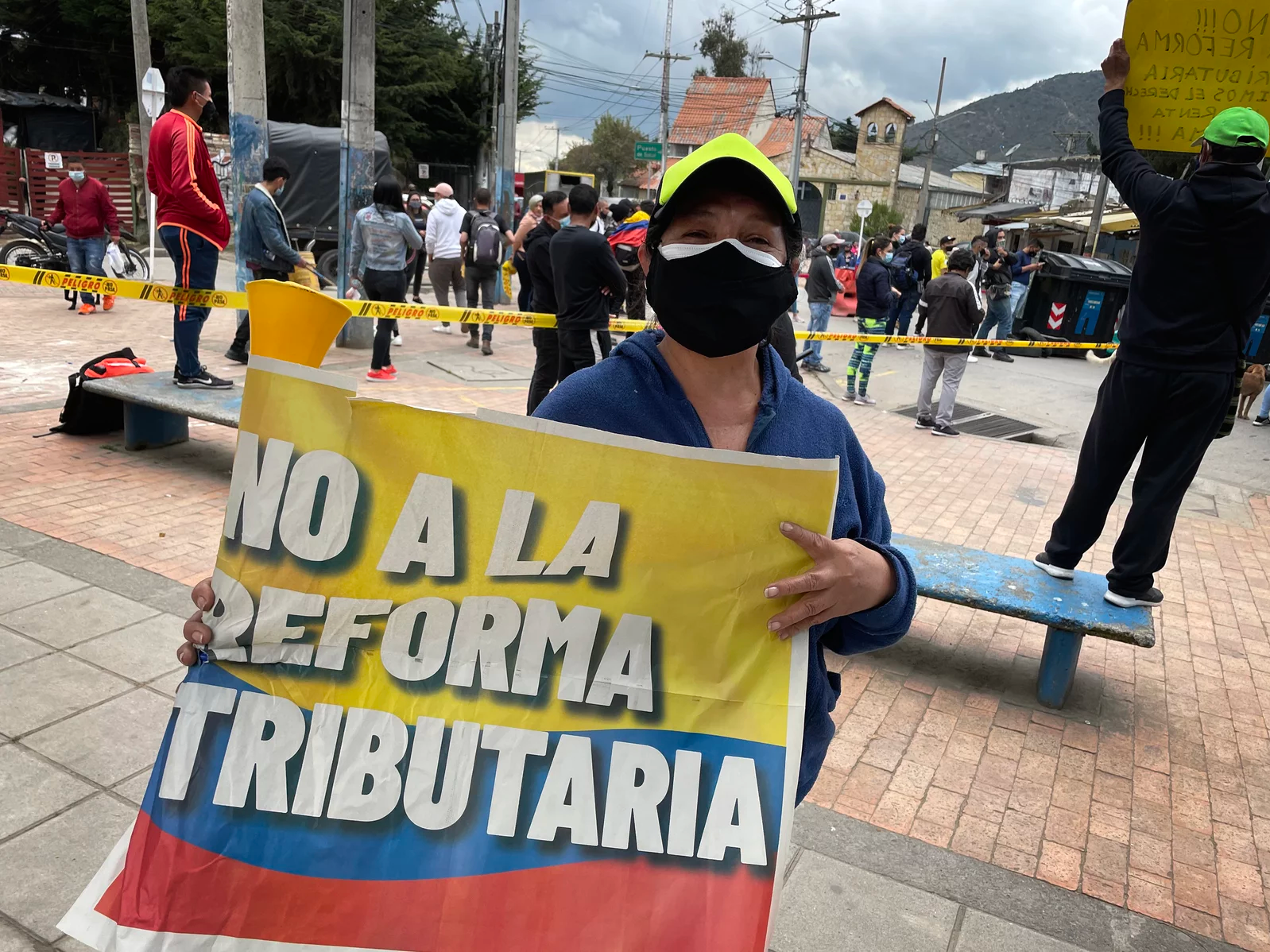 This statement was submitted in May 2021 for the 47th Regular Session of the United Nations Human Rights Council (UNHRC), particularly to the Independent Dialogue on State response to Pandemics. The dialogue would tackle the High Commissioner’s report on “The central role of the State in responding to health emergencies, and the socioeconomic consequences thereof in advancing sustainable development and rights”. The 47th Regular Session of the UNHRC opened on 21 June and will hold discussions until 13 July.

As the Council tackles the report of the High Commissioner on states’ central roles in advancing sustainable development and rights in response to health emergencies and their socioeconomic consequences, IBON International highlights the need for peoples’ roles in development to build transformative pathways from the pandemic. The Council members must have the ambition to systemically address the challenges of worsening debt distress, the reliance on big private capital, and the rapidly deteriorating civic and democratic spaces.

The world has been suffering from the epidemic of growing inequality and retrogression on access to economic, social, and cultural rights. As many as 175 million people are in danger of falling into extreme poverty due to the crisis brought about by the pandemic.[1] Workers are also at the losing end with rising unemployment, and a huge decline of global working hours four times greater than during the 2009 Global Financial Crisis. Women bear the multiple burdens as they face increased violence and demands of care work while striving to earn. Job losses are higher for women (5.7%) than for men (3.1%), according to the International Labour Organisation. On the other hand, elites even thrive from the pandemic’s worse effects with nearly 500 people becoming billionaires over the course of lockdowns worldwide.

Even the recent efforts at vaccinating the public are marked by relentless pursuit of profit, resulting in a “grotesque” and “shocking” vaccine inequality as described by the World Health Organization (WHO). Although “grotesque”, not one bit of it is “shocking”. The vaccines, developed mostly by corporate actors, are currently being hoarded by rich countries at the expense of the poorer ones. These continue to perpetuate inequalities and further prolong the health emergency. Furthermore, COVID-19 revealed how entrenched policies have left the poor, the working people, and women behind.

The Independent Panel for Pandemic Preparedness and Response had recently described the escalation of COVID-19 into a global pandemic as involving a “myriad of failures” in preparation and response. The root causes of failures to address socioeconomic needs and development must be recognised: they lie in the current international economic framework which has prioritised profit over people’s economic, social, and cultural rights, especially to health and to social services.

The world has been suffering from the epidemic of growing inequality and retrogression on access to economic, social, and cultural rights. As many as 175 million people are in danger of falling into extreme poverty due to the crisis brought about by the pandemic. Women bear the multiple burdens as they face increased violence and demands of care work while striving to earn. On the other hand, elites even thrive from the pandemic’s worse effects with nearly 500 people becoming billionaires over the course of lockdowns worldwide.

We must advance rights-based outcomes and call on States to urgently move away from current economic models and repressive governance to improve prospects for sustainable, transformative, and people-centred development in the global South.

The first challenge for the Council’s members is to abandon policies which increase debt burdens for developing countries, especially financial integration with volatile capital markets that tied countries to private lenders. More than half of low-income populations have been in the brink of debt distress before COVID-19.[2] Even so, creditor states have never supported measures beyond limited, time-bound suspensions of debt service payments. The World Bank Group has refused even to suspend payments owed to international financial institutions (IFIs). Indebted Southern countries are instead forced to adopt tougher austerity measures that further worsen the state of their public healthcare systems and social protection. The International Monetary Fund (IMF) proposal for a USD 50 billion Vaccine Plan would be financed through grants but also through existing lending mechanisms of IFIs.

The second challenge for states is to shift away from the confidence and reliance on the return to capital accumulation. In many current “recovery” agendas, the major roles of private finance and capital, coupled with the enabling role of the state, contradict the need for an inclusive and sustainable approach. Risks for public welfare come with turning the green agenda into a business opportunity that could rake in private gains while compromising climate action. Continuing trade and investment liberalisation further promotes commodity-dependence and the raw material export from the global South, draining them of resources.

Besides moving away from debt-driven responses and business-as-usual for capital, it is high time for states in the global North to respond to urgent needs and abide by their historical commitments. States are duty-bound to ensure that international cooperation supports Southern fiscal and policy space which allots resources for public purposes, through such measures as debt cancellations, quality official development assistance (ODA) flows at 0.7% of donors’ gross national income, progressive taxation, structural reforms in multilateral trade policies, and regulation of speculative and illicit financial flows. All efforts must help strengthen national, public healthcare systems, not austerity and privatisation. Developed countries must significantly increase climate finance contributions to under-developed nations, as grants and additional to ODA, especially for adaptation and loss and damage reparations.

Meanwhile, coronavirus cases continue to ebb and flow due to the ineffective and repressive response of authoritarian governments especially in developing countries. These governments continue to respond with prolonged lockdowns and abuses to human rights, disproportionately punishing people for “violating” quarantine rules. After decades of privatisation and backsliding of rights to social services, the same states have failed to provide for basic needs such as water for sanitation and decent mass housing to facilitate effective physical distancing to combat the spread of the virus.

We must advance rights-based outcomes and call on States to urgently move away from current economic models and repressive governance to improve prospects for sustainable, transformative, and people-centred development in the global South.

The third challenge is thus to address barriers to democratically-owned development and partnerships. Exclusionary pandemic responses that erode democratic institutions and shrink civic spaces, along with the international financial institutions’ leading roles in country strategies, stifle and prevent the participation of civil society organisations, people’s organisations, and social movements in processes that shape their future. Repression should never be the answer to crises; people’s voices and spaces are crucial in setting the agenda and in deciding policies to address inequalities, and to leave no one behind.

But, in the Philippines, for instance, workers continue to endure the world’s longest lockdown and incompetent government, which placed the Southeast Asian nation at 79th out of 98 countries in terms of overall effectivity of pandemic responses. Recent civil society estimates found that 5.8 million Filipinos are unemployed, 18 million families are in poverty, and at least 33 million are starving as the government has failed to provide adequate and timely economic support. Meanwhile, women continue to bear the brunt of the crisis.

Amid fraudulent schemes by government agencies such as the Philippine Health Insurance Corporation executives’ plundering of PhP 15 billion (USD 314 million) of public funds,[3] and the administration’s binge of new external loans, strong-willed Filipinos still find ways to endure the headwind. People have begun to organise community pantries to offer food and other needs for free, but they even got targeted by the Philippine government, and tagged as communists—a state practice which has de facto sanctioned killings and repression. In India, which has emerged as among the worst-hit by COVID-19, agricultural workers and farmers have continued their calls to scrap laws that would rob them of their livelihoods. Farmers have been holding protest actions for months, urging the central government to establish minimum support price for their crops and an overhaul of the crop procurement system.

Clearly, the global pandemic has only worsened the state of people’s rights, and showed the inability of dominant economic frameworks to lift humanity out of these crises. Trade and investment liberalisation, the privatisation of services, the deregulation of economies, the integration with international finance, and repressive governance, have all been proven to be grossly incoherent with people-centred, sustainable development. Unabashed profit accumulation directly stands in the way of addressing socio-economic needs and building a better world. We need democratised processes for transformative, sustainable development. The futures of people and the planet are at stake. #