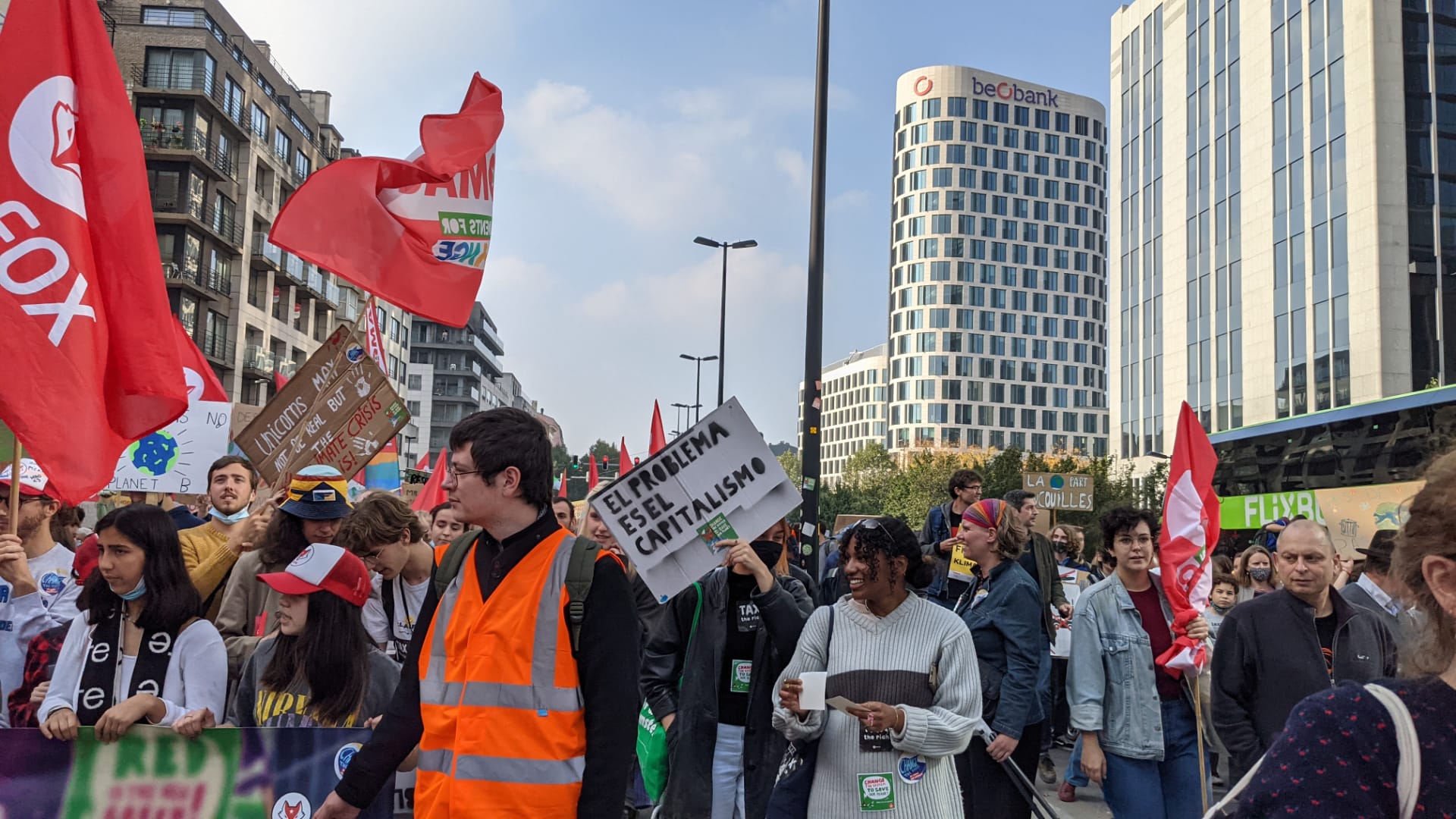 The global North must lead the efforts in emissions reductions and mitigation. At the same time, it has to support the global South in mitigation and adaptation through finance provision, technology transfer and capacity-building.

Ahead of the UN 2021 Climate Change Conference (COP 26) in Glasgow, Scotland, an estimated 50,000 CSOs, students and academe, youth organizations, green groups, trade unions and concerned citizens in Belgium marched in Brussels on 10 October 2021 in the biggest climate action in more than 1.5 years. The participants called for ambitious and coherent measures to tackle climate change that do not pit sectors of society against each other.

The march, organized by the Climate Coalition in Belgium, recognized that the most precarious and vulnerable people are hit the hardest by the climate crisis, and that the federal and regional governments should put the climate crisis as a policy priority. It can be remembered that last summer, many countries in western Europe experienced unprecedented severe flooding that claimed hundreds of lives and destroyed property, while in southern Europe, large tracts of forests were destroyed by forest fires due to a long and severe heat wave.

The global South is experiencing the worst of the climate crisis, the Covid-19 pandemic and the chronic crisis of underdevelopment perpetuated by neoliberal policies and unsustainable system of production and consumption. These multiple crises are borne by the most marginalized and vulnerable: Indigenous Peoples, landless peasants, small fisherfolk, urban poor, workers, and women and children. This, while just around 100 fossil fuel companies are responsible for 70% of the world’s greenhouse gas emissions since 1988, according to a CDP report in 2017.

For Brussels-based IBON Europe, the current talks and negotiations at the international level should uphold the key principles in the United Nations Framework Convention on Climate Change that includes, among others, the polluter pays principle, the precautionary principle, common but differentiated responsibilities and capacities (CBDR-C) and sustainable development. In part, this means that the global North has accumulated a bigger share in historical emissions thus must lead the efforts in emissions reductions and mitigation. At the same time, the global North has to support the global South in mitigation and adaptation through finance provision, technology transfer and capacity-building.

IBON Europe will bring these messages in its engagement with the international community in COP 26 Conference in Glasgow on 1-12 November 2021. #

HLPF 2018: Where’s people’s development in the “transformation to sustainable and resilient societies”?