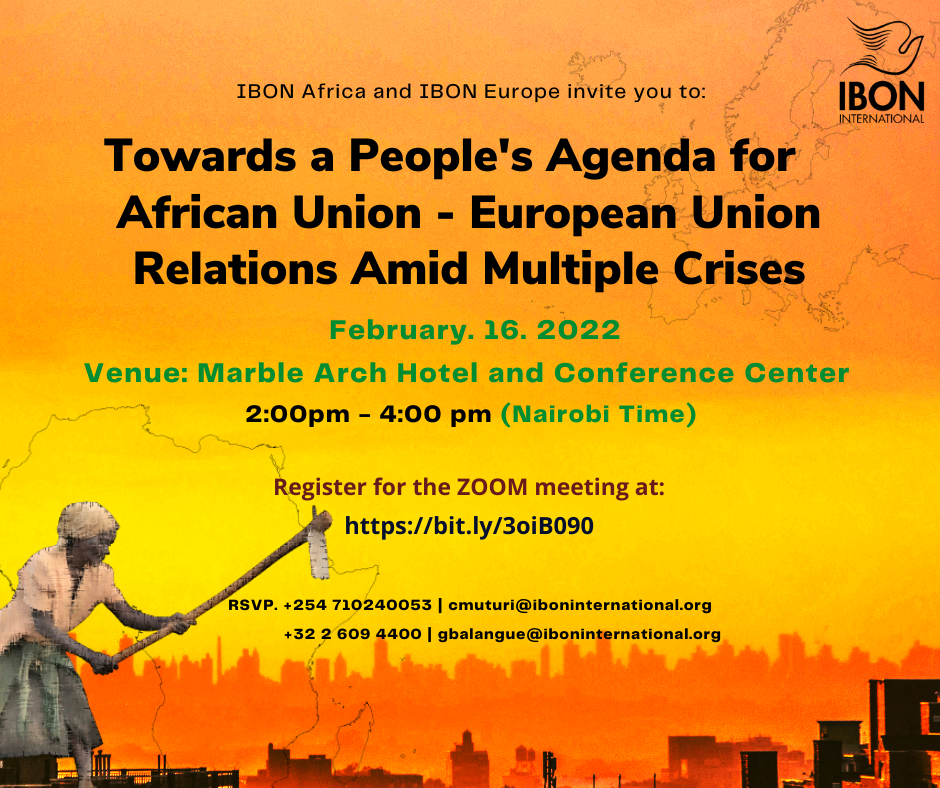 The European Union (EU) and Africa have a very important economic and geopolitical relationship – from the colonisation of most of the African continent by European powers by the 1900s to the current status of the two blocs – with the EU as the biggest trading “partner”, biggest provider of development aid and humanitarian assistance and the most invested in peace and security policy of African countries. This relationship is most comprehensively covered in the Africa-EU Partnership. The 6th AU-EU Summit is scheduled on 17-18 February 2022 amid multiple crises in Europe and Africa.

Africa remains the poorest continent in the world, and access to vaccines remains a major problem. Meanwhile, EU, which has long reached its vaccination targets, is at the centre of rejecting the Trade-Related Aspects of Intellectual Property Rights (TRIPS) waiver, which could help poorer nations acquire more vaccines for their population. The unequal economic relation between EU and African countries is also a major people’s concern as highly-lopsided trade agreements are a continuation of past colonial relations.

The priorities of the 6th AU-EU Summit is largely determined by EU interests. While there is some recognition of a “people-centred approach” and “multistakeholder partnership”, various civil society organisations (CSOs) from countries belonging to the EU and AU have scored the process for being untransparent, with limited opportunities for CSO engagement to influence the summit’s agenda and a lack of consultation with civil society in the run up to the summit. While it is imperative that the summit should be a truly people-centred conference, the exclusionary processes leading up to it point to a similarly exclusionary summit where the people’s agenda, especially the African people’s agenda, will not be sufficiently discussed, if at all. CSOs in Africa and Europe have been putting forward their recommendations and the prerequisites for a partnership that is equal, democratic and reflects the interest of the marginalised populations.

This hybrid forum (live in Kenya, online via Zoom) aims to gather CSOs, researchers, trade unions and other concerned groups to share their analysis and prospects of the AU-EU partnership and recommendations from the ground on forging a fairer international development relation between the AU and EU in the interest of the majority of the people.

The themes to be discussed are:

1. Background and current context of AU-EU relations
2. Vaccine inequality in Africa and the role of the EU
3. Post-Cotonou and unequal trade between Africa and EU
4. People’s agenda on agriculture, food sovereignty and gender
5. Transparency and inclusivity: What are the CSO spaces for engagement and for influencing the AU-EU agenda? #