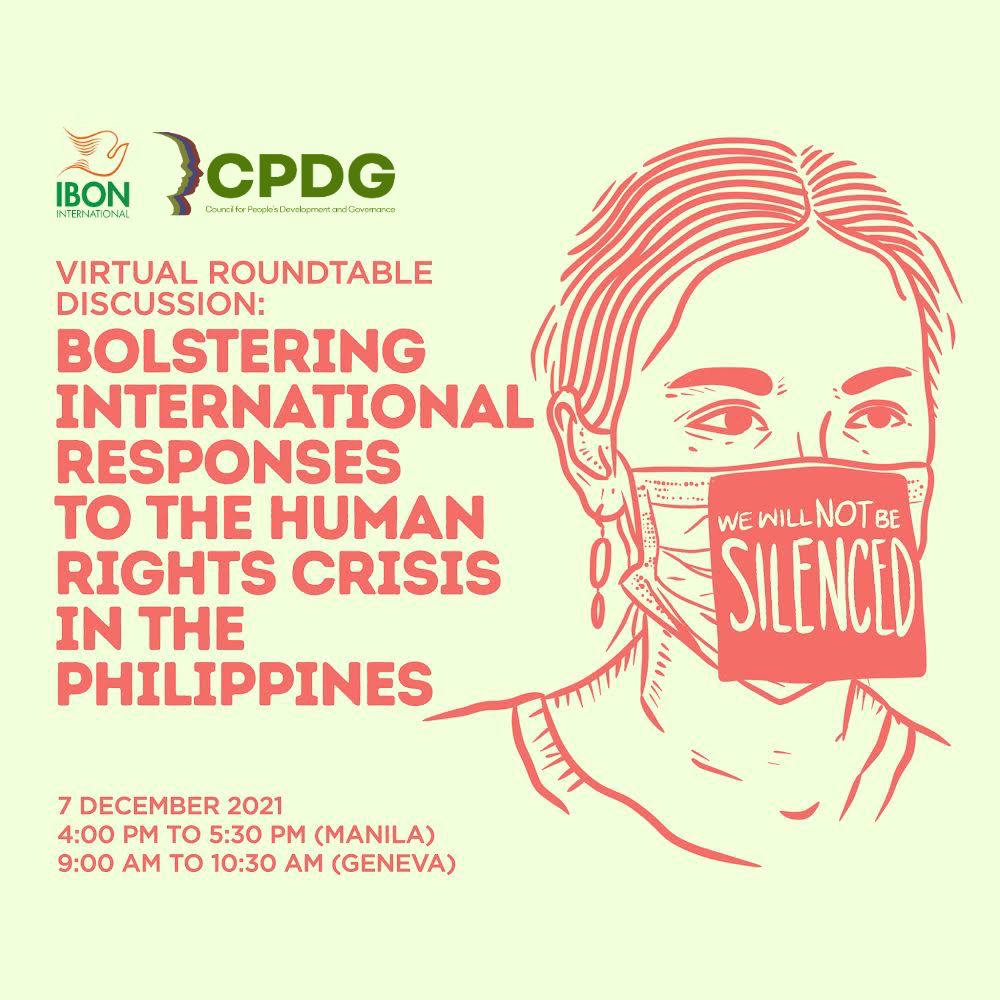 In the Philippines, the last year of the Duterte administration would leave a tremendous human rights crisis. In the false war on drugs and the counter-insurgency programme, the brutality is directed either against the poor or those working for people’s interests, such as human rights defenders and development workers. Development workers’ and advocates’ work for meaningful reforms and changes are instead met with repression. The domestic institutional landscape remains marked with shrinking civic and democratic spaces. The series of reports by Investigate PH, an effort led by rights organisations and solidarity partners, show the intensifying waves of human rights violations. The national elections in 2022 could pose threats and opportunities to the rights situation.

In this context, two levers for international accountability are notable. First, the International Criminal Court (ICC), has found reasonable basis for an investigation and advanced steps towards tackling the charges of crimes against humanity brought against the administration. Second, the UN Human Rights Council (UNHRC) heard the updated country report and recommendations of the High Commissioner on Human Rights, Michelle Bachelet, at its 48th Regular Session. A three-year UN-Philippine Joint Programme (UNJP) was launched in 2021 to implement the October 2020 UNHRC resolution on technical cooperation for human rights, which grassroots’ organisations view as insufficient or a departure from previous calls for a UN investigation.

Grassroots organisations – especially workers, peasants, women, Indigenous Peoples – remain at the frontlines. They continue to assert and advocate for people’s economic, social, and cultural rights, including the right to development, and an enabling environment, free from reprisals. Many of them view the potentials of international accountability as a positive step in support of communities’ and people’s organisations’ longstanding efforts to achieve justice. This Roundtable Discussion follows a previous conversation held in April 2021, where international development actors shared recommendations toward upholding rights and achieving state accountability. It is organised by IBON International, a Southern INGO working on capacity development of CSOs especially in the global South, and the Council for People’s Development and Governance (CPDG), a national network of development workers and advocates in the Philippines.

Shifting Tides for Climate Justice: the Need for Development Justice