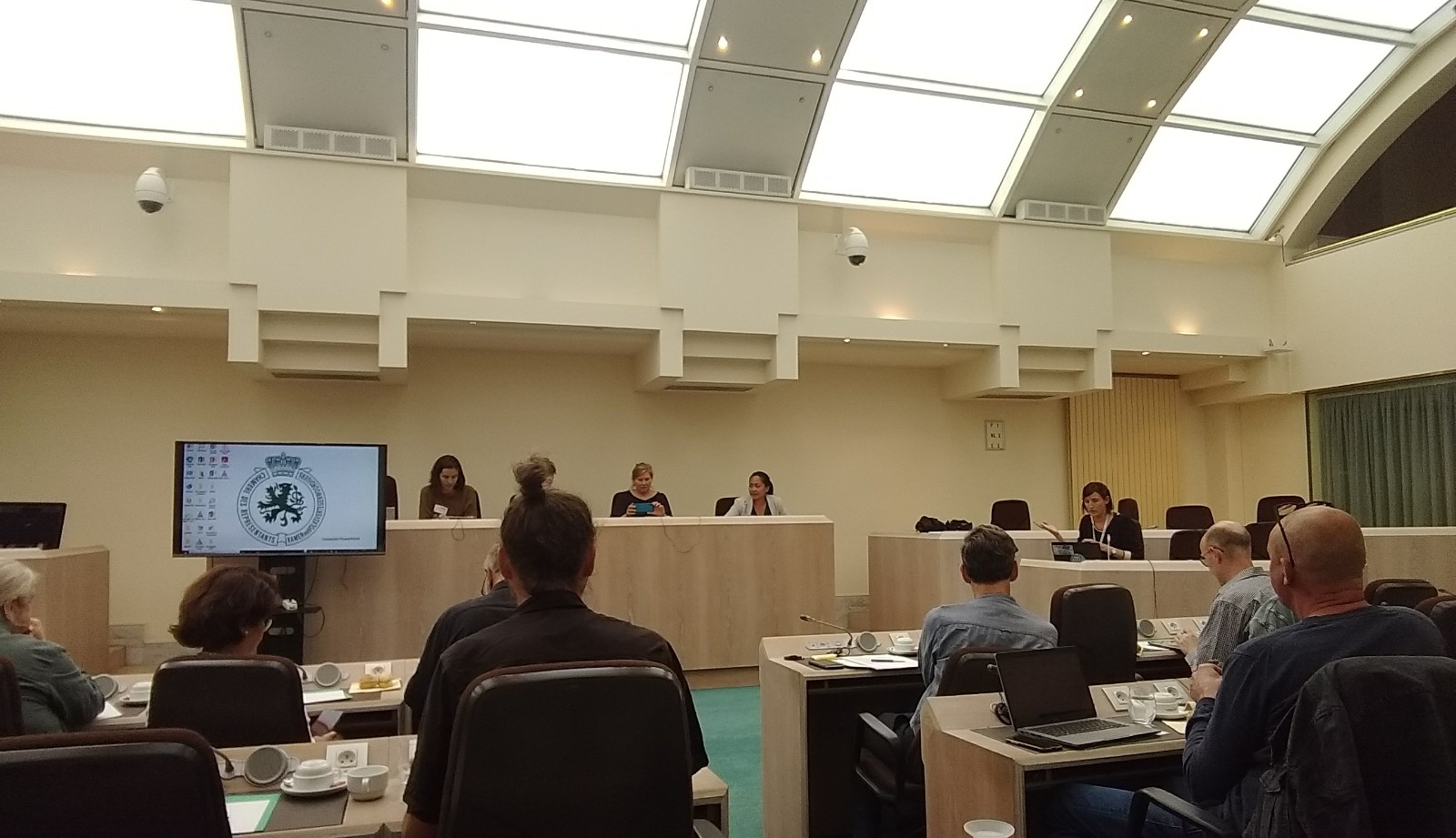 Brussels, Belgium – In a forum at the House of Representatives, Belgian Federal Parliament, on 25  May 2022, parliamentarians, CSOs and human rights groups expressed their grave concern on the  process leading up to and the results of the 2022 Philippine elections. Election observers of the International Observer Mission (IOM) from Belgium recounted the irregularities and the problems hindering voting during election day, which they witnessed or learned from their interactions with the locals.

Severine de Laveleye, a member of Federal Parliament of Belgium (Ecolo) and a commissioner of the IOM, highlighted that the 2022 elections were far from “free and fair” and described how the findings of the IOM should raise awareness for civil society and political groups in Belgium about the risks that activists, human rights defenders and environmentalists in the Philippines face in the coming years.

Mieke Van den Broeck of the Progress Lawyers Network, who went to the Philippines as an IOM observer, narrated her experience and observations before and during the elections. These included vote-buying, red-tagging or red baiting and even deadly election-related violence, social media trolling, spreading of fake news about the candidates, problems in accessing voting places, and issues getting the votes counted via the electronic voting system.

“The victory of the Marcos-Duterte team means that insecurity for critical voices will increase even more,” she added.

Clarisa Ramos, the spokesperson of the International Coalition for Human Rights in the Philippines (ICHRP)-Europe, cited the importance of the IOM since international observers such as delegates of the European Union were not allowed in the country. The IOM also found cases of obstacles to voting which may have led to disenfranchisement of more than one million overseas Filipinos, and a higher level of vote-buying, red-tagging compared to previous elections. She urged the international community to examine the integrity of the process and the widespread irregularities.

Social media trolling and disinformation is closely related to the efforts of the Marcos family to rebrand itself, including distorting factual historical narratives that usually target young voters active on social media, according to Ramos. “The Duterte government has an active role in revamping the image of the former dictator’s family, beginning with the burial of Marcos Sr. in the Cemetery of Heroes”, Ramos adds.

Wim De Ceukelaire of Belgian CSO Viva Salud points out that Philippine CSOs will continue to be challenged by trumped-up charges, illegal arrests and red-tagging, such as the case under the Duterte administration. “The international community should express solidarity with the Filipino people through various ways, now that the prospects of good governance and accountability is extremely dim,” he says.

The combination of economic desperation and erosion of democracy have created the conditions of the return to power of the Marcoses and the continuation of Duterte’s brand of populist demagoguery under the Marcos-Duterte tandem, according to Glenis Balangue of IBON Europe, a Brussels-based CSO. “Under this tandem, we have the worst aspects of Philippine politics – a political dynasty brought about by authoritarianism, financed massively by corruption, characterized by widespread deceit and disinformation with no coherent program for poverty alleviation, job creation, and national development.”

Leila Lahssaini, a Brussels parliamentarian from the workers’ party and an observer of the IOM urges the international community to extend their support to the people’s movements in the Philippines as they forge on to strengthen and fight the bleak and grim situation.

The IOM was launched in February 2022 by the ICHRP to provide independent monitoring of the 2022 Philippine elections. It is made up of non-Filipino observers who went to various regions in the Philippines.

August Issue of the Institute of Political Economy Is Out Now