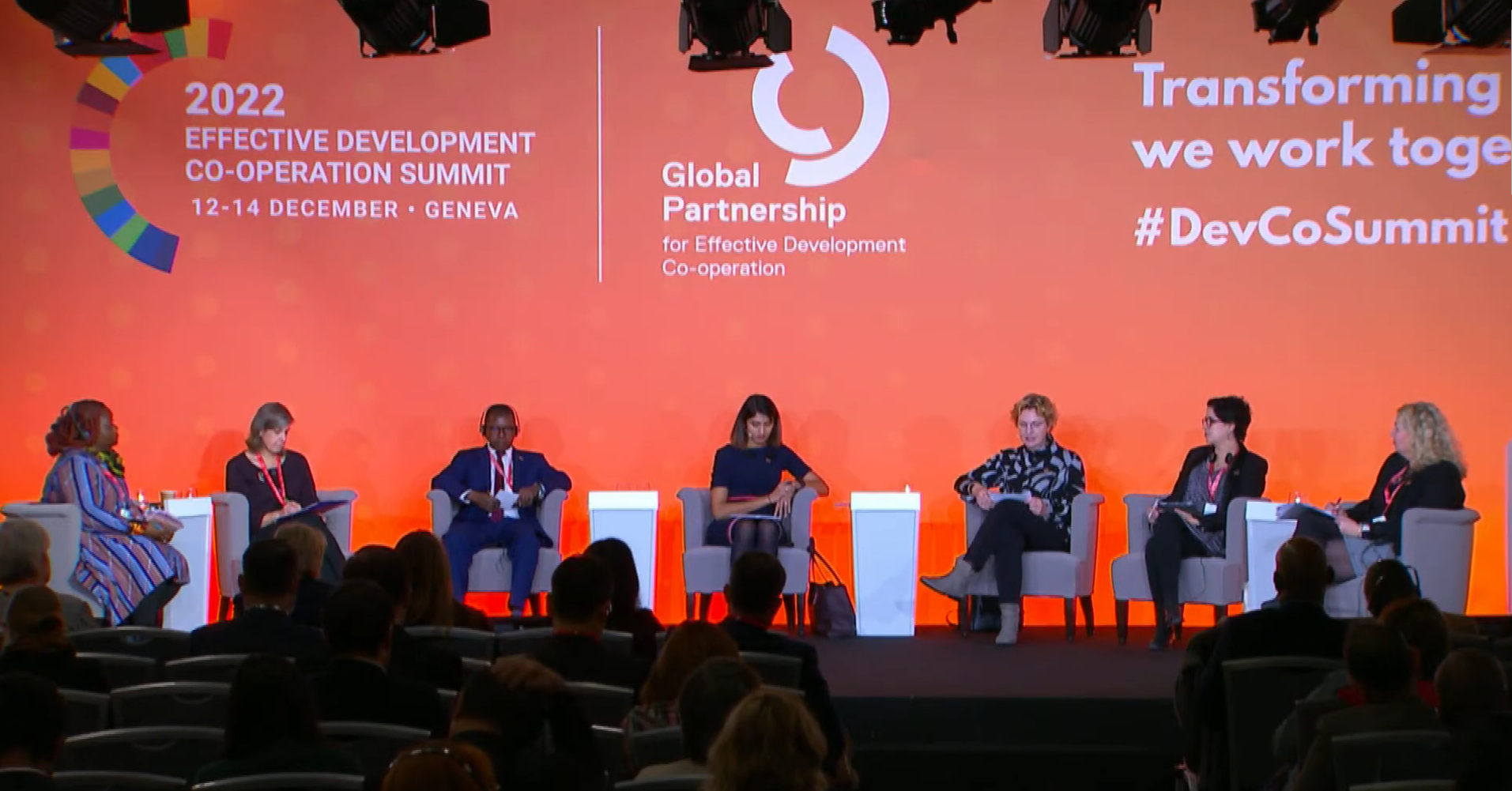 Development actors, and efforts to strengthen country ownership, are working against a backdrop of corporate power and the growing inequality among countries.

The backdrop of crises in economy, climate, and development permeated the discussions at the Summit and its outcome. At the same time, development actors continue to chase the 2030 targets of the sustainable development agenda, which are currently lagging.

Civil society, collectively working under the CSO Partnership for Development Effectiveness (CPDE), sees the possible “signal of revitalised political buy-in” to the agenda of development effectiveness as one light in the grim dark. For CPDE, the relevance of an agenda of democratic ownership, focus on results, inclusive partnerships, as well as transparency and accountability in doing sustainable development, remains clear. Alongside this re-commitment, the notions of trust-building as a frame for enabling civil society spaces, and a more country-owned framework for delivering and monitoring commitments, were two other milestones.

Calling the shots, not mere spectators

Civil society doubled down in calling for enabling environments and civil-political rights. Around the world, harsh laws and the erosion of democratic spaces still bar peoples’ and their organisations’ participation in economic and development policy-making. Repression amid dire economic conditions generates mistrust of state actors, and erodes accountability. The Summit outcome called on reversing this trend, and accelerating any progress, to “positive environment for sustainable development, peaceful societies, and accountable governance.”

Contrasting people’s sovereignty with crowd participation in spectator sports, “people – especially those marginalised – should be at the centre, in the field, calling the shots,” said Jennifer del Rosario-Malonzo, Executive Director of IBON International, at the closing session of the Summit. “That will help us keep our eyes on the ball, with peoples and their organisations there [in development processes], listened to, and heeded,” she added.

Other than making policy demands, civil society also carved their space in practice. They launched the Unmet Gala at the sidelines of the Summit, wearing and parading their calls to prioritise people over profit, for aid to support peace based on social justice, and to reject the status quo of systemic inequalities and climate crisis.

2023: Meeting needs as our end, as people make ends meet

The year 2022 is ending with heightening international tensions. The agenda of making development co-operation work for the people will continue to run against the current of the ongoing Russia-Ukraine war, the growing competition among world powers, the rise of right-wing politics, and the growing debt burdens in the global South, among others.

By the last quarter of 2022, the UN Conference on Trade and Development (UNCTAD) already warns of the risk of an incoming recession, if current policies hitting the poor will merely prevail, such as those on debt and austerity, unregulated financial speculation, as well as Southern fiscal constraints.

Development actors, and efforts to strengthen country ownership, are working against a backdrop of corporate power and the growing inequality among countries. “[D]eveloping countries are now financing developed ones,” the UNCTAD claims. At the same time, multinational corporations have “taken undue advantage of the current context, raising markups to boost profits.” The 20 countries most vulnerable to climate change collectively owe USD 686 billion to their creditors. This amount is around one-fifth of the total debt of all developing countries; most of the amount is owed to private lenders and multilateral banks. At the same time, civil society is supporting initiatives to reform the global tax regime in order to curtail corporate tax abuse.

In 2023, both committed governments, as duty-bearers, and civil society, as rights-holders, could face an even uncertain economic and development landscape. As working classes and people struggle to make ends meet, amid the prevailing dominance of capital holders, the challenge of meeting peoples’ needs and ensuring duty-bearers’ accountability looms large.

“What happens after [the Summit] is what’s important,” Malonzo of IBON International also said. “We should have the needs and realities of the people on the ground as our compass and our goal.”

“Our efforts have all contributed to ensure that we are re-committing to the development effectiveness principles and making development co-operation work for the people. That is our hope,” Malonzo said. #

Watch highlights of interventions by IBON International Executive Director, Jennifer del Rosario-Malonzo, at the Summit below.

RIGHTS AT RISK AT THE UNITED NATIONS